Some might describe it as a land yacht but no one wants to see a Rolls-Royce Ghost ‘sailing’ down the road. This example was recently caught up during the heavy rains, and floods, of monsoon season in Indonesia. 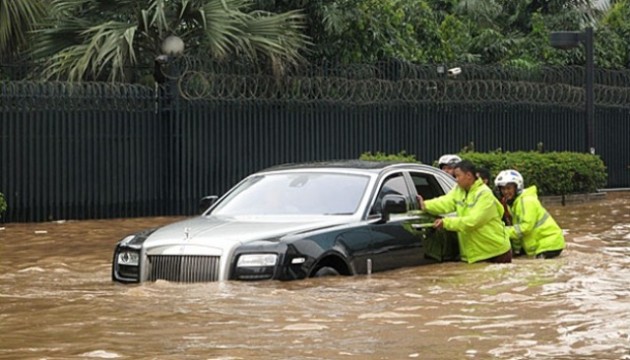 It makes you cringe seeing cars like this being wrecked, doesn’t it? As you can see, the Ghost isn’t in a pretty state. Flood water was so severe it penetrated through the Rolls and into the cabin, leaving the passengers with nothing to do except bucket-scoop the water out.

The car was parked outside the Bundaran Hotel in Jakarta just before being inundated with flood waters. All of the exquisite interior and fine leathers and woods are pretty much ruined. In Australia, the Rolls-Royce Ghost is priced from $645,000.

Despite the bad news for the owner, it’s nothing compared to what others have suffered in the floods. According to reports, a number of people have lost their lives, and nearly 20,000 have lost their homes. 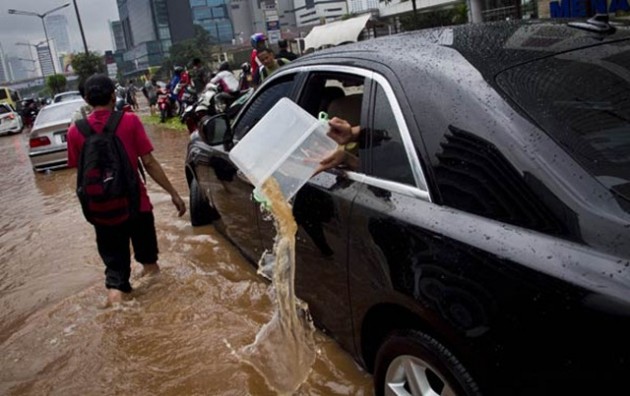