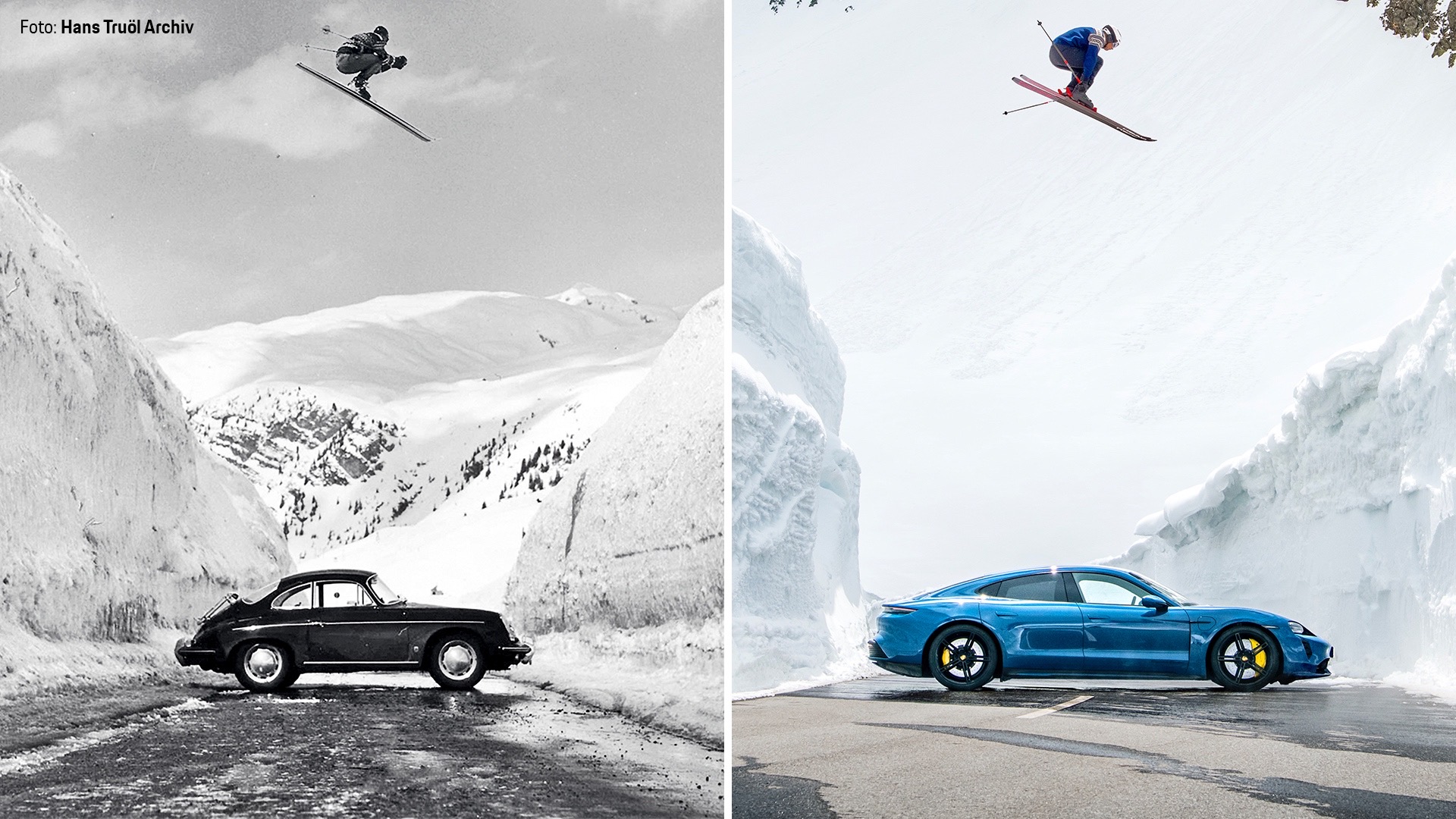 Porsche has looked back at its past and recreated one of the most iconic automotive photographs of the 1960s, with an Olympic ski champion jumping a Taycan Turbo in the Austrian Alps. 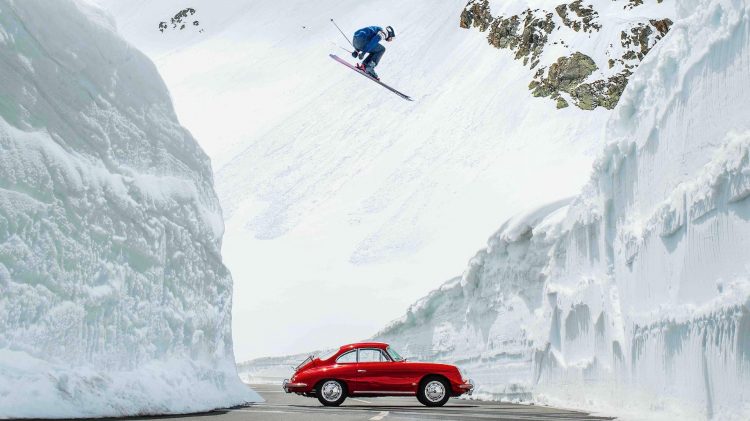 Back in 1960, photographer Hans Truol snapped his iconic “on taking a shortcut” image, picturing skier Egon Zimmermann jumping over his very own Porsche 356 B, flanked by huge walls of snow and ice that had been carved by a massive snow plough.

Now, more than 60 years later, Porsche has recreated Truol’s classic photograph, using a Taycan Turbo in place of the 356 B, and two-time ski world champion, Aksel Lund Svindal, jumping over the electric vehicle in the Austrian Alps.

The original was captured just outside Austrian ski resort of Zurs, which was recently cleared after a large avalanche, with the modern reinterpretation being snapped in a near-by area. A graphic version of the most recent shot is set to grace the cover of Porsche’s company magazine, Christophorus, marking the 400th issue which is set for publication this month. 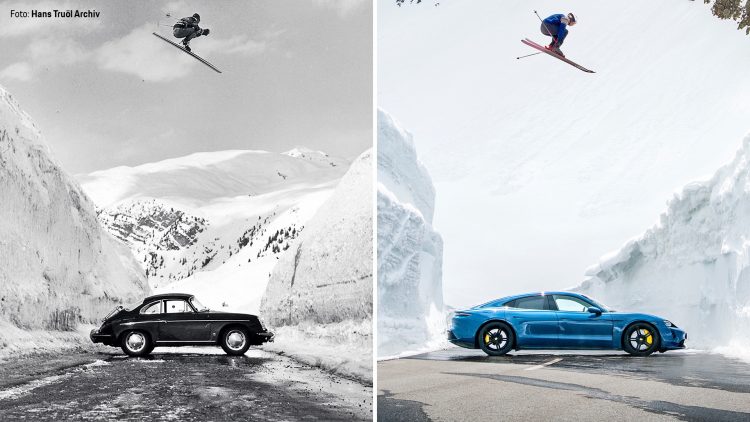 The man in the spotlight, Aksel Lund Svindal, said that “the historic photo will always be celebrated and is part of Porsche’s DNA,” adding that “it is our job to respect the past, embrace the present and help shape the future,” the two-time world champion said.

Svindal added, “The last ten meters are the most important – you can’t make any mistakes, and of course, you’ve got to pick the right tenth of a second for the jump itself… I only have a vague idea of what’s going on down there beneath my skis.”

Porsche’s CFO, Lutz Meschke said: “Aksel Lund Svindal and the Porsche Taycan stand for the same values as Egon Zimmermann’s jump over the 356 did in 1960: Athleticism, joie de vivre, and of course with the most innovative sports car of its time. All of this is more important than ever for making a difference in the face of global competition.”

“The image of the jump is also a metaphor for the risks you have to take in order to survive as a business,” Meschke added. “The Porsche Jump is a powerful symbol of determination with which we at Porsche pursue our dreams,” he said.