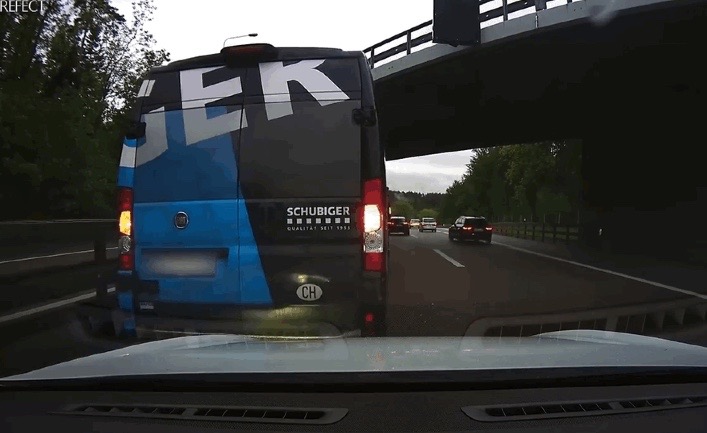 An unlucky Swiss driver has discovered that Tesla’s Autopilot system isn’t completely free of flaws, and that you shouldn’t rely on the system entirely and not pay attention.

The driver’s dash-cam recorded a low-speed rear-ending incident, while the vehicle’s Autopilot system was operating the Tesla Model S’ systems.

Footage of the incident has since been taken down, some naming Tesla’s PR department having intervened, but thankfully an internet user has condensed it into the following GIF.

The incident happened on a congested stretch of motorway near Zurich, Switzerland, with the driver claiming that not only did both the active cruise control and Traffic-Aware Cruise Control (TACC) fail to react, the system actually accelerated before the driver intervened and hit the brakes. Of course, this is only what the driver claims.

Tesla has always warned drivers that its TACC system can’t detect every object on the road, and the system can misjudge stationary objects when travelling at freeway speeds. By the looks of it, the stationary van in front was also half over the lane which may have confused the Telsa’s eyes.

The owner has since said the impact has resulted in the need for a new front end as well as new sensors and a steel strengthening beam.