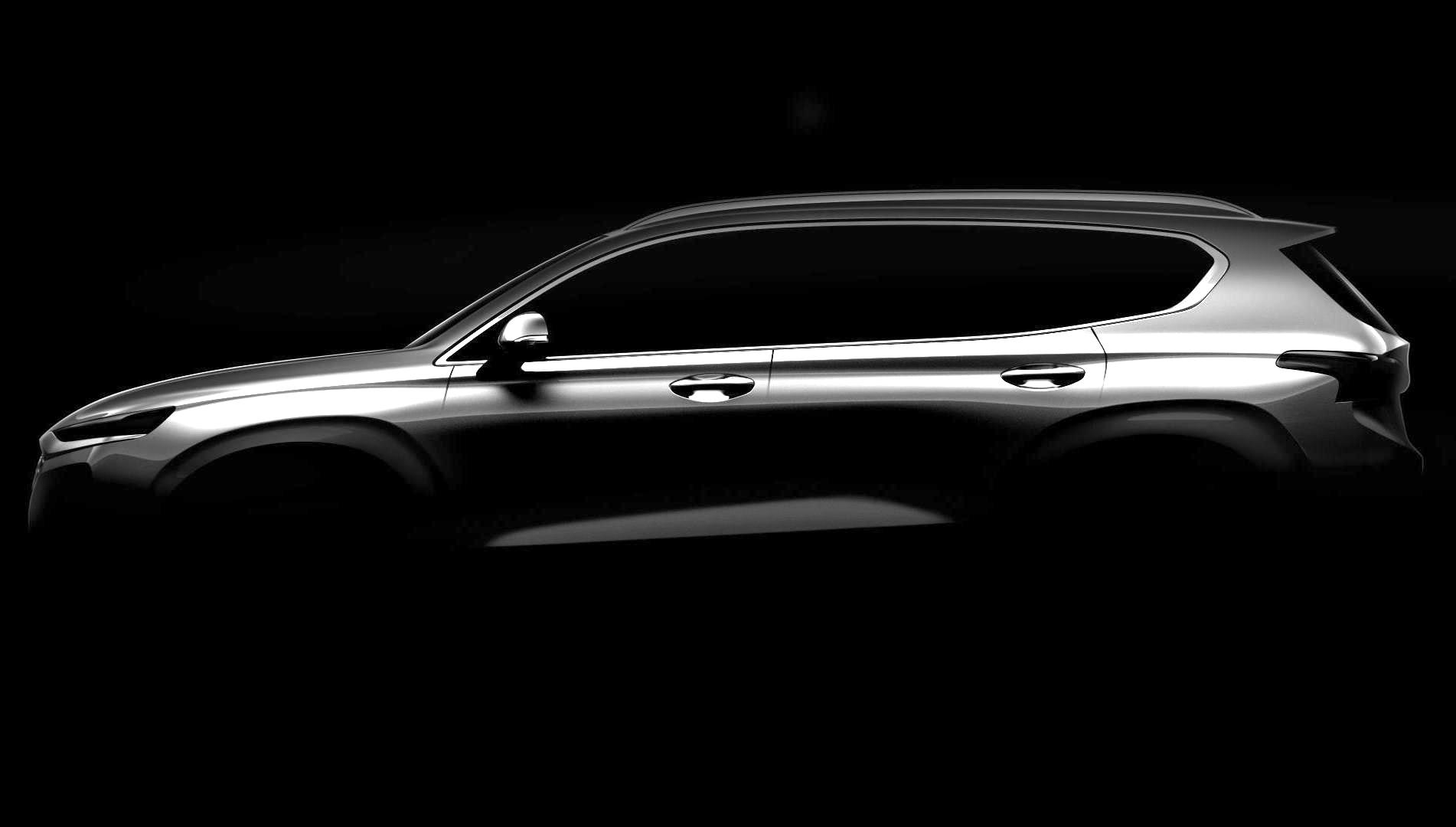 Hyundai has sent out the first teaser image of the all-new, fourth-generation Santa Fe, which will make its international debut at the Geneva motor show in March. 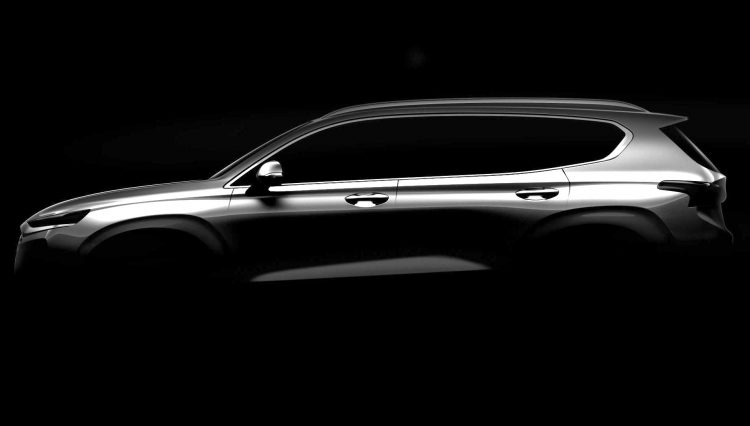 The new model has been spotted doing the rounds on the streets and around the Nurburgring in prototype form, wearing a lot of black cladding and camouflage, but this is the first proper glimpse we’ve been given of the new model’s design.

It’s believed the new model will borrow some of the styling cues from the Tucson as well as the Californian-designed Kona. You can see in the teaser image the Kona-like headlights, with a thin LED strip running across the top for the daytime running lights. Then, as the prototype below shows, the main headlight beams are located lower down.

It looks like the new model will also sport the extended (and black) wheel arches from the Kona, giving it that rough and ready off-road look. Towards the back you’ll notice some rather strange taillights that wrap around to the sides, with a big seamless glass area for the windows. 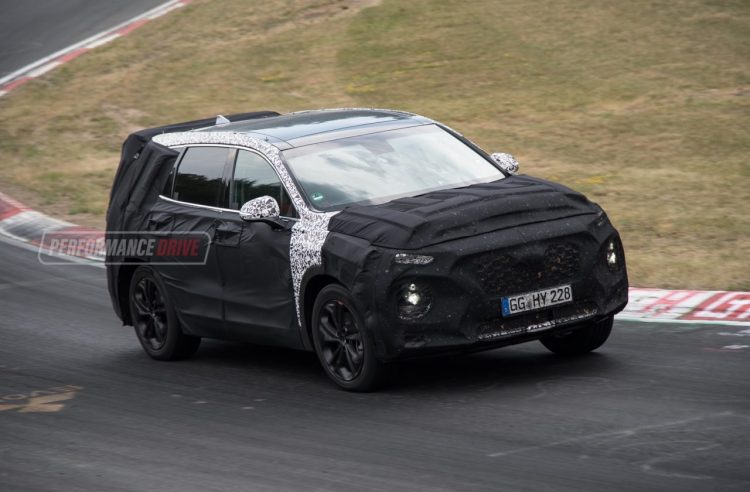 Specifications are yet to be confirmed. However, the new model is expected to come with Hyundai’s 1.6-litre turbocharged petrol four-cylinder, like in the 130kW Tucson, and it may even get the 180kW 2.0-litre turbo from the Sonata for the flagship variant. The existing 147kW 2.2-litre turbo-diesel is likely to carry over with little or no change.

The local arm says the 2019 Santa Fe will go on sale in Australia around the middle of this year. Stay tuned for more details.