Even though Bugatti Veyron production has ended – for the coupe version anyway – a Bugatti Veyron Grand Sport special with more power could be on the way, while the Bugatti Galibier has been confirmed to fill the showrooms in the future. 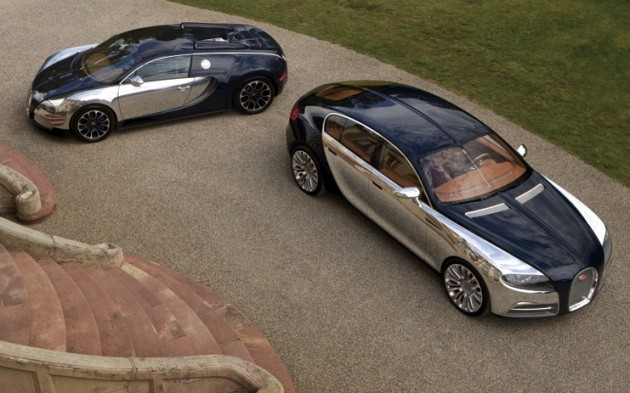 Despite Bugatti’s showroom lineup seemingly shrinking up, Bugatti boss Wolfgang Durheimer says the company will still produce the world’s fastest cars in the future. In a recent interview with CAR Magazine in the UK, recently appointed Bugatti chief executive, Wolfgang Durheimer, said the Veyron was simply a cornerstone for the future direction of Bugatti automobiles. He said, “it is vital that Bugatti produces the world’s fastest car”.

Plenty of rumours have been circulating lately saying that Bugatti will be producing one last hurrah for the Veyron in the form of a Bugatti Veyron Grand Super Sport – a drop top version of the Veyron Super Sport coupe (currently the world’s fastest production car [431km/h]). Bugatti says it’s not possible though, saying that the 1200hp Super Sport engine is not compatible with the open top Grand Sport layout. However, Bugatti says a special version with more than 1001hp isn’t out of the question.

When asked if Bugatti could build an even faster Veyron than the Super Sport, Durheimer said, ‘We would need to improve the aero, not the weight for more speed”. He said that the company would always be in pursuit of speed though, always competing to be the fastest,

“It’s in human nature. We are always going to want to find out who runs the 100m the fastest. It’s the same with cars.”

Although Bugatti’s next production model – the four-door Bugatti Galibier – hasn’t been official given the green light for production by Volkswagen board members, Durheimer provides confirmation that it will go ahead and that it will be a spectacular car, just like the Veyron.

“I am in the process of convincing them that this will be the best car in its segment in the world. It will be claiming for outstanding design, the biggest series production engine with 16 cylinders and it will be the fastest limousine in the world.”

Official release dates of the Bugatti Galibier haven’t been finalised yet, but reports say to expect the uber-luxury four-door to hit the market some time in late 2012. Around 1500 units are likely to be produced.

As for the Veyron, a successor is in the pipeline for the future according to CAR. How fast could the next-generation Veyron possibly be? 450km/h? 470km/h? Only time will tell.