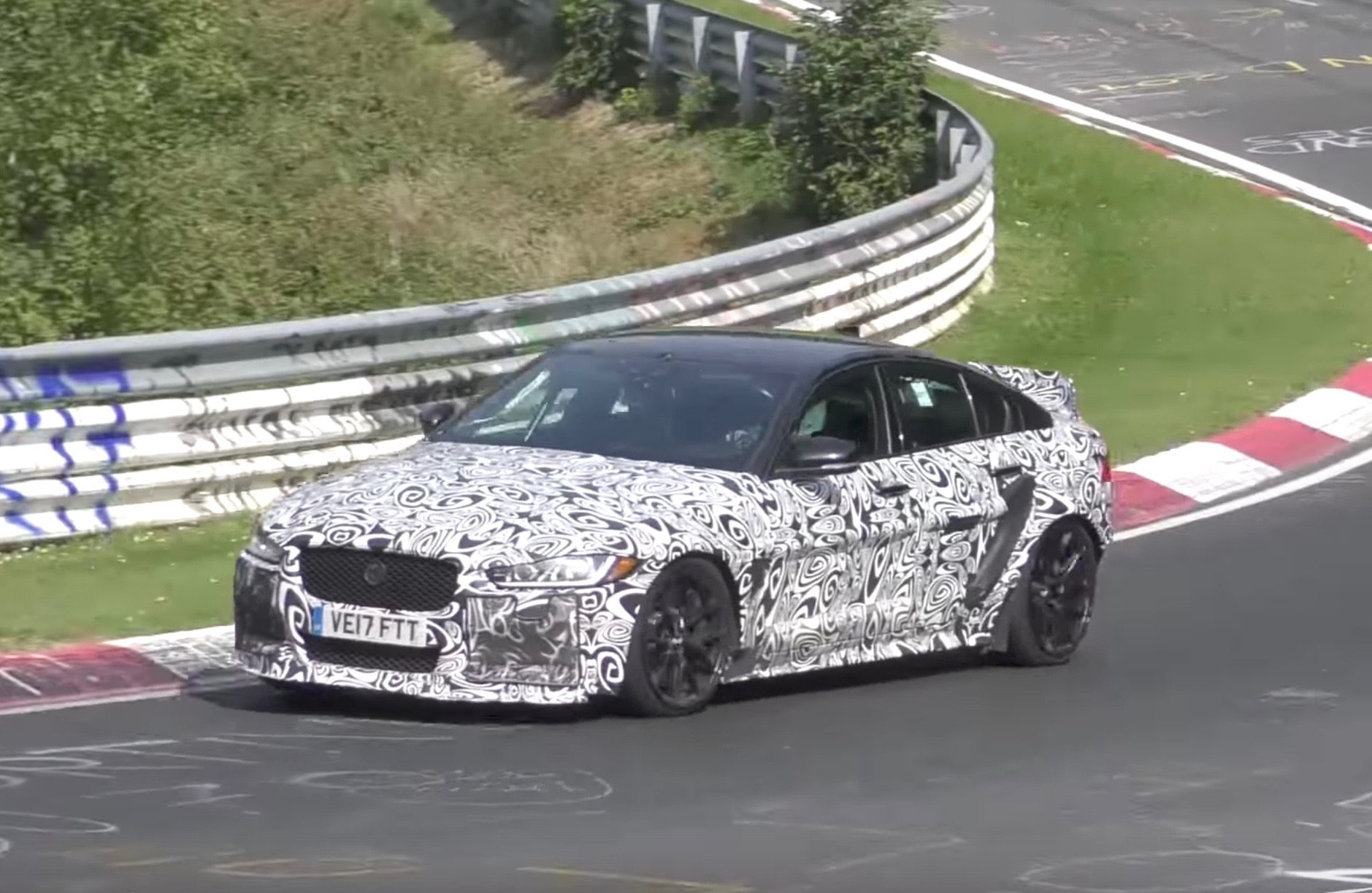 Jaguar has been spotted out and about on the Nurburgring thrashing a prototype version of the almighty Jaguar XE SV Project 8, potentially gunning for a lap record in the production sedan category. 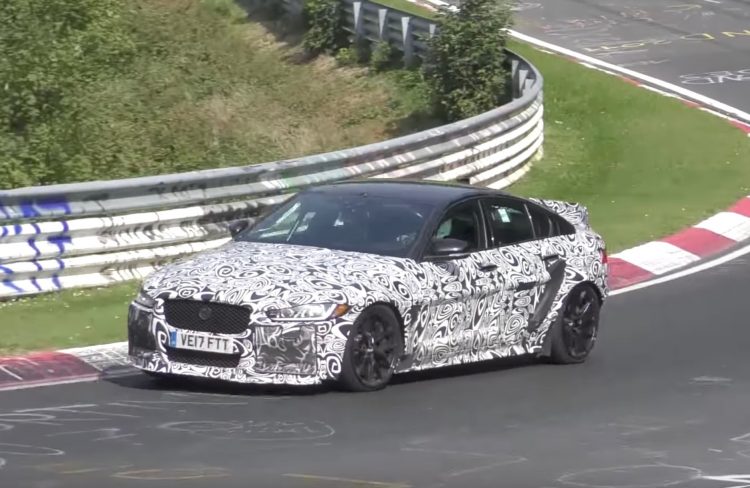 The current production sedan lap record at the legendary circuit is in the hands of the Alfa Romeo Giulia QV, which, funnily enough, competes in the same mid-size sedan segment as this Jag seen here. Could Jaguar overtake the Italian thoroughbred?

Out on the Nurburgring the prototype displays a distinct rigour despite all that power going to the rear wheels only. There is, of course, a lot of aero wizardry going on, with a large rear wing integrated into the boot lid, along with a very low and sharp splitter at the front.

From the back you can spot the widened track, which no doubt helps the XE brace the road and improve stability over the regular XE. Some thick, track-ready tyres also help put that power to the ground. The extent of the extra width in tyres and track are supported by pumped out wheel arches.

Jaguar is planning to launch only 300 examples of the Project 8 onto the market. It will be built by Jaguar Land Rover’s Special Vehicle Operations division, just like the Project 7 muscle car based on the F-Type. The open-top sports car was available in Australia, in very limited numbers, which means there is some hope for the XE SV to head Down Under at some point. Check out the video below to see how she goes.