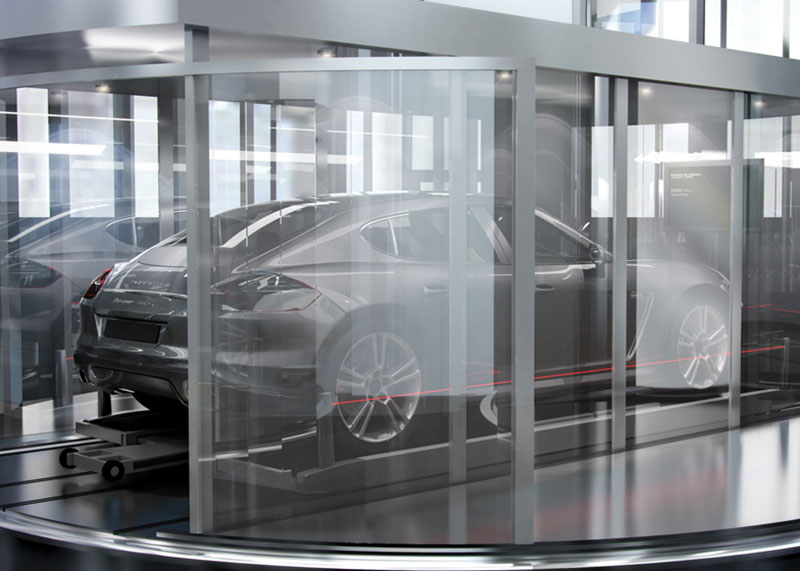 There’s been plenty of rumours circulating around in the past couple of years surrounding the idea of a junior Porsche Panamera, dubbed the ‘Pajun’, being in the works. We now get a hint that such a model could soon exist. 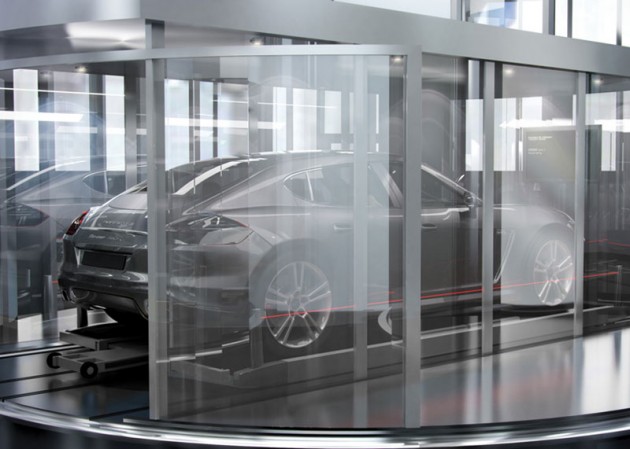 Official images detailing an upcoming building designed by Porsche Design, called the Porsche Design Tower Miami, have hit the web showing various imaginative shots of the future. Nestled in an innovative garage/elevator is a rather interesting concept.

Now, correct us if we’re wrong but the car in the image looks a bit like a blend between the Porsche Panamera and the Porsche Cayman, with four doors and a swooping tailgate layout at the back. It almost looks like a shooting brake, only with four doors.

We must reiterate, these are only digital images and the designer may have simply come up with his/her own vehicle design just to place in the lift. On the other hand, is Porsche purposely trying to send out some hints as to a future mid-size sedan?

The last we heard the Pajun project was being put on hold. Porsche boss Matthias Muller said earlier this year the company is considering a new model for the mid-size segment, saying, “Speaking very frankly, I can say this is one of many ideas we have, to build a car below Panamera.”

It’s believed the sedan will be built on Volkswagen’s new MSB platform, which will also be used for the next-gen Panamera and various Audi and Bentley products. Power is expected to come from a range of turbocharged petrol and diesel options, likely taken from the relatively new Macan mid-size SUV range. 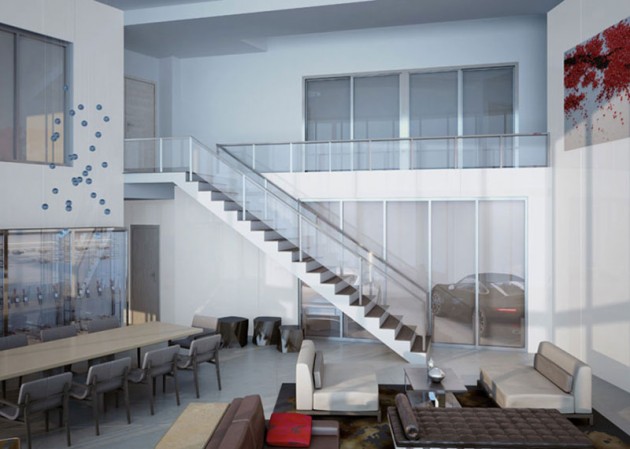 As for the Porsche Tower, it’s going to be a 60-storey, 198-metre tall structure with 132 units. Dwellers will be presented with exquisite views with impressive balconies, car elevators with 2-4 garages per unit, and a unique Porsche-esque exterior design. Around 84 per cent of the units have apparently been spoken for already. Check out the video below showcasing the building in digital form.