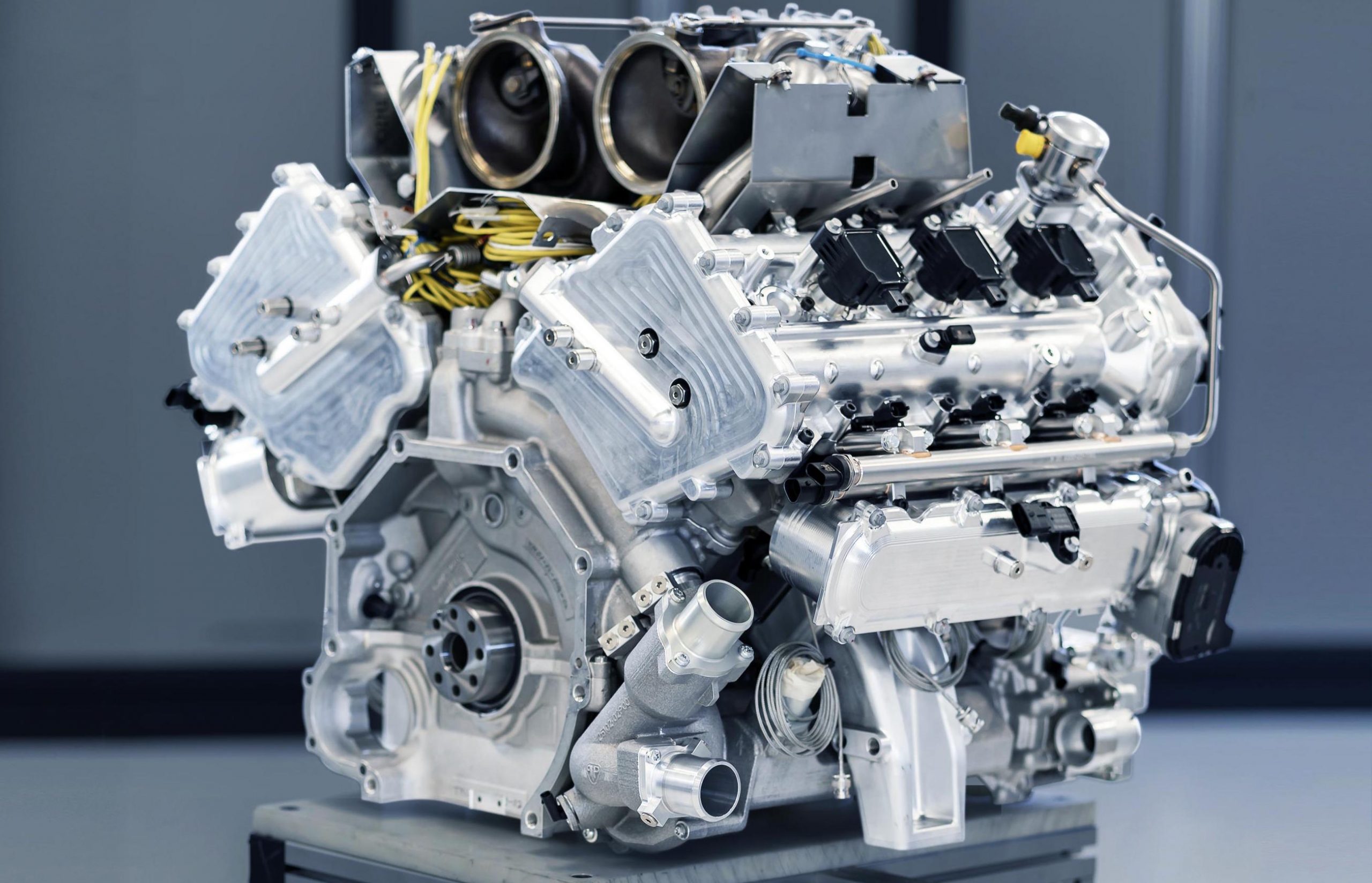 Aston Martin has confirmed and indeed unveiled its all-new engine project; a twin-turbo V6. It’s set to find use in a range of new mid-engined hybrid Aston Martin sports cars of the future, kicking off with the Valhalla in 2022. 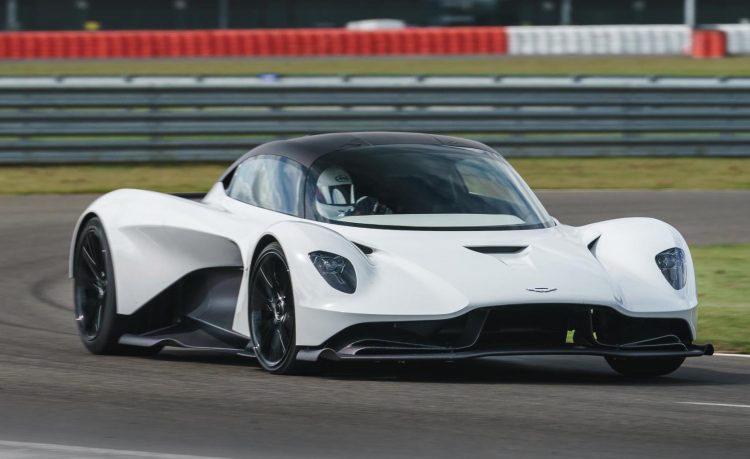 The new V6 adopts the common 3.0-litre capacity, with 500cc per cylinder. It also uses what’s known as a ‘hot V’, whereby the exhaust is positioned within the V of the engine block, leaving the intakes on the outer sides. This means the twin turbochargers sit within the V.

What’s so good about this layout? Well, the arrangement is known to offer greater response, while also optimising the overall size of the engine. In other words, the hot V layout is more compact and better-suited to mid-engined applications. The engine is also light in weight, tipping the scales at 200kg. Speaking about the unit, Joerg Ross, Aston Martin powertrain chief engineer, said:

“From the very beginning, we have had the freedom to explore and innovate in a way that we have not been able to do so in a very long time. Most importantly, we wanted to create something that is befitting of the TM01 nameplate and create something that would have impressed our predecessor and pioneering engineer, Tadek Marek.” 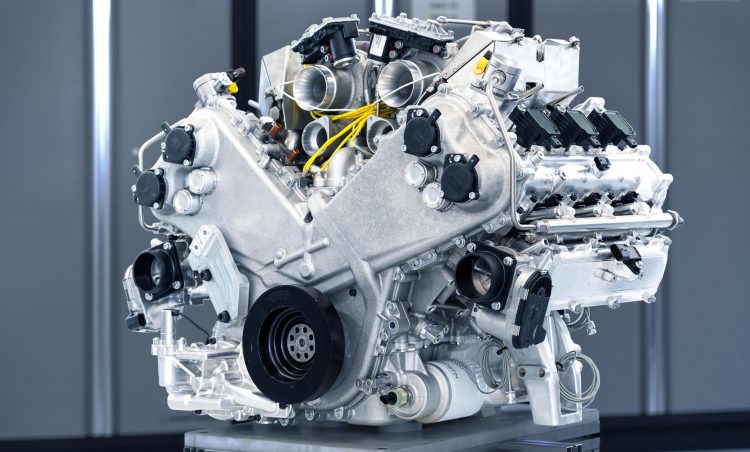 The engine has been designed to adopt hybrid technology from the start, with electrified systems being developed in parallel with the V6. But in terms of output, Aston Martin says the combined unit will become the most powerful production engine in the company’s range. It says final power and torque figures will differ for each model application, with tuning to suit the characteristics, accordingly.

Aston Martin says the V6 is a high-revving unit, featuring dry-sump lubrication to lower the centre of gravity as much as possible. The unit is also designed to meet future emissions standards, including Euro 7. Aston Martin CEO And Palmer spoke about the development program, saying:

“Investing in your own powertrains is a tall order, but our team have risen to the challenge. Moving forward, this power unit will be integral to a lot of what we do and the first signs of what this engine will achieve are incredibly promising.”

Check out the engine undergoing testing and a first rev up in the video below.