Another carmaker has released preliminary details of a concept it plans to show at the upcoming Geneva Motor Show. This time it’s Subaru. The Japanese company will show a new SUV/crossover concept called the Subaru VIZIV. 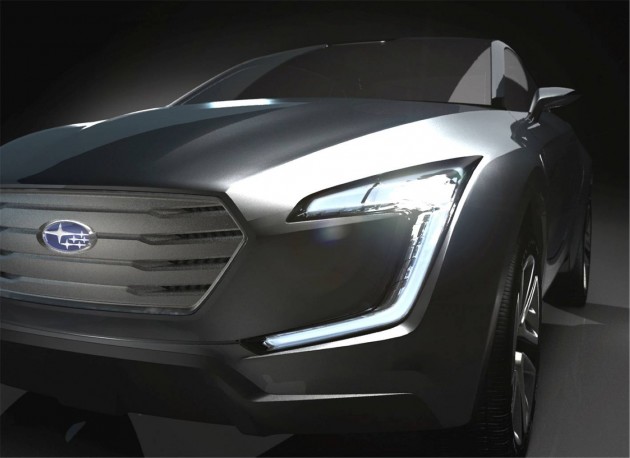 Again, little details are revealed about the concept at this stage, other than this preview image. Subaru is calling it a “future generation crossover” which could indicate and provide a glimpse of an upcoming design direction.

By the looks of it, the VIZIV, meaning ‘vision for innovation’, will showcase a rather modern and futuristic styling approach with thin LED-encrusted headlights, a large front grille and prominent fascia, as well as a sharp jawline and a swept-up underside.

What powers the VIZIV is unknown. It is expected to feature some kind of hybrid technology, especially judging by the name. Subaru simply says it includes “new design and technology elements”.

More details will be uncovered in the lead-up to the Geneva show, which starts on March 5.