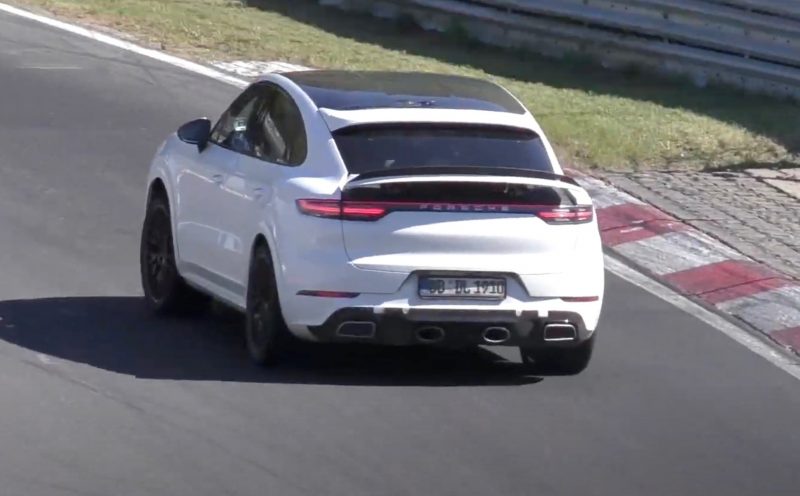 Porsche has been spotted testing what looks to be the upcoming GTS variant of the new Cayenne Coupe out on the Nurburgring, with some reports suggesting Porsche might be looking to claim a new SUV lap record around the facility. 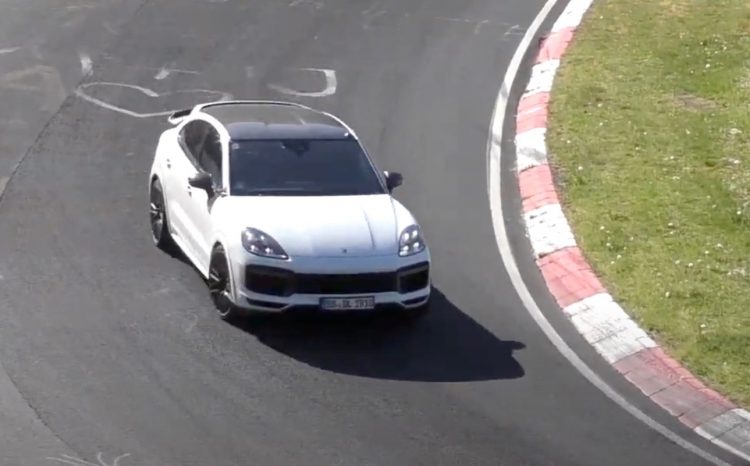 To take the production SUV lap record the Cayenne Coupe GTS needs to clock a lap time in under 7:42.253. That’s the current record, held by the Audi RS Q8. Considering the Audi and the Porsche share the same platform and some major components, it certainly seems viable.

The Cayenne Coupe is a slightly sportier version of the regular Cayenne, featuring a swooping four-door coupe roofline. At the top of the current range is the Turbo, featuring a 404kW/770Nm 4.0-litre twin-turbo V8. There’s also the 500kW Turbo S E-Hybrid which perhaps sits even higher, certainly in terms of price.

So, where does the GTS fit in? Ordinarily in Porsche’s showroom the GTS badge slots just below the regular flagship model, the ‘Turbo’. It usually features a degree of weight reduction while adopting pretty hardcore suspension and brakes. Although not necessarily a track car, GTS models are probably best suited to track driving than other main variant, particularly more so than the 500kW S E-Hybrid in this case.

In the video below is believed to be a prototype version of the upcoming GTS. It has some strange fake exhaust outlets at the back, but there are a number of trademark GTS-style items such as dark alloy wheels, black side mirrors, black window surrounds, and a black rear lip on the rear spoiler. Most of the front grille area is also in black, and the roof is made from carbon fibre. 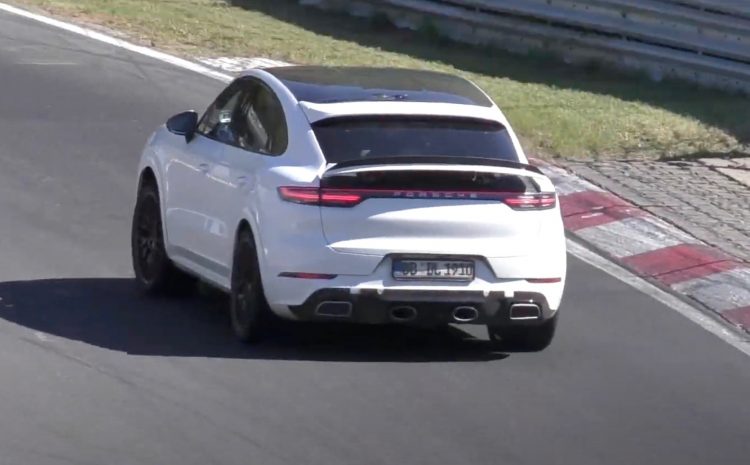 If you look really closely you might notice the heavy-duty roll cage inside as well. Roll cages are usually applied to prototypes when testing is at the pointy end and test drivers are told to push to the limits. It also might suggest Porsche is preparing to have a crack at the record.

The regular Cayenne GTS is yet to debut but it will likely feature the same 4.0-litre twin-turbo V8 that’s currently seen in the Panamera GTS (review here), where it produces 338kW and 620Nm. That is pretty close to the current Cayenne S and its 2.9-litre twin-turbo V6, which produces 324kW. We suspect the V8 might be given a slight bump up in power. We’ll have to wait and see though. Check out the spy video below for a preview.