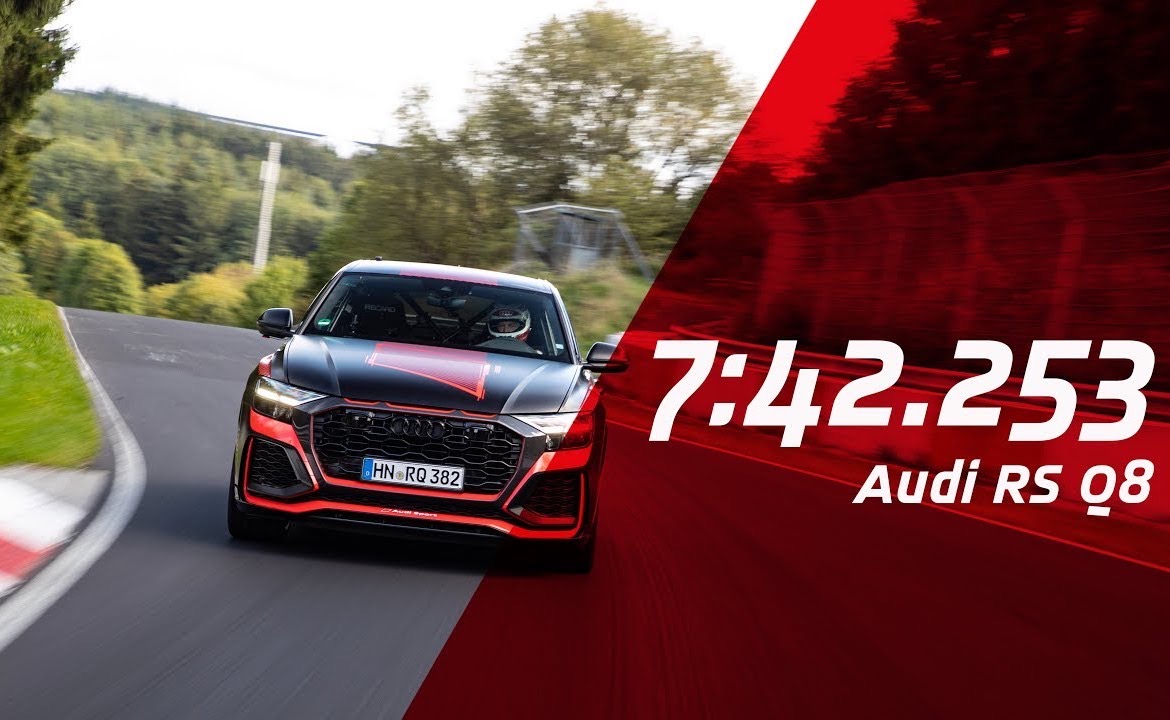 Just as the new Aston Martin DBX is about to hit the market with a promising Nurburgring lap time, and Lamborghini recently seen lurking around the circuit with a mysterious Urus, Audi has stormed into the scene and smashed the SUV lap record with its upcoming RS Q8. 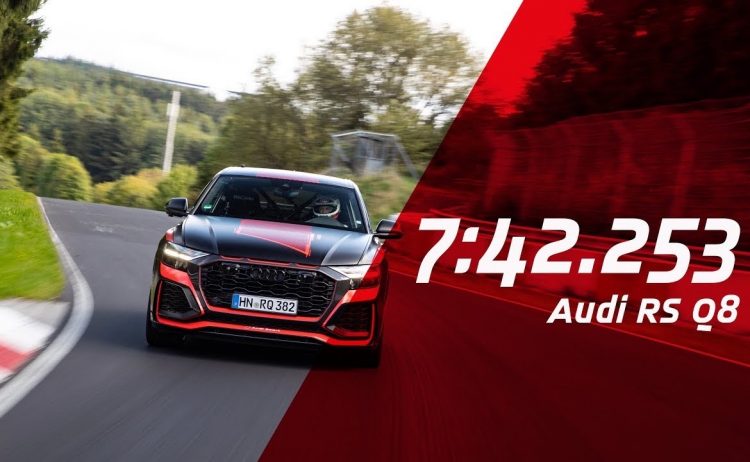 The Audi RS Q8 hasn’t even been officially revealed. It’s expected to be the next on the list as part of Audi’s plans to unveil six new RS models before the end of this year. So far we’ve seen the RS Q3, RS Q3 Sportback, new RS 4, RS 6, RS 7, which leaves only the RS Q8 to go.

But before its official debut it looks like Audi has been very busy testing and pushing pre-production models to their limits out on the Nurburgring. According to a recent video post by YouTube channel ‘Nurburgring’, an RS Q8 recently set a cracking lap time of 7:42.253.

This easily beats the outgoing production SUV record lap record of 7:49.369, which was set by the Mercedes-AMG GLC 63 S late last year. We can’t confirm any specifications for the RS Q8, but it is expected to come with a 4.0-litre twin-turbo V8 producing around 441kW and a whopping 800Nm. We already saw this engine with the new RS 6 and RS 7, revealed in August and September.

It was originally thought the RS Q8 would come with the 500kW hybrid V8 seen in the Porsche Panamera and Cayenne Turbo S E-Hybrid versions, but our guess is this powertrain might have been too heavy for what Audi was planning with the RS Q8.

The high-performance SUV is also set to come with a range of RS-specific components, including a bespoke tune for the 48V electro-pneumatic suspension with active stabiliser bars, optional carbon ceramic brakes, and a unique all-wheel drive setup with a torque-vectoring rear differential.

We get the feeling this record might not last long. After all, the platform-sharing Lamborghini Urus which produces 478kW is yet to set an official lap time. Yet, prototypes have been spotted at the track recently, perhaps even indicating a higher-performance variant being in the works.

Aston Martin’s upcoming DBX is yet to set an official time as well, and even the latest BMW X5 M Competition with its 441kW V8 is yet to lay down a figure.

Audi is likely to give the RS Q8 a proper debut very soon. In the meantime, check out the belting lap in the video below.