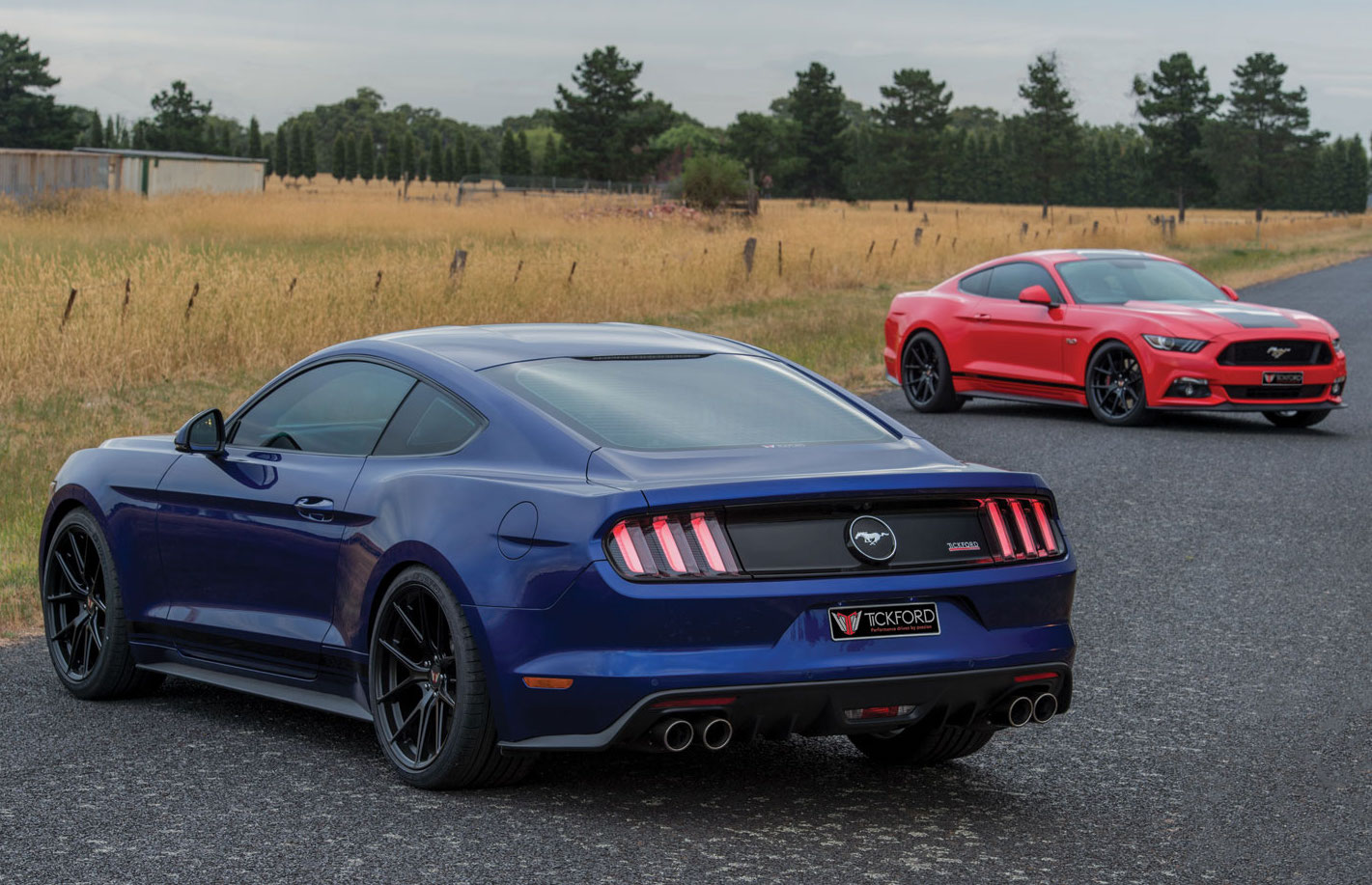 Local tuning house and former Ford partner Tickford has released a new set of power packs for the Ford Mustang, for both the EcoBoost and GT V8 variants. 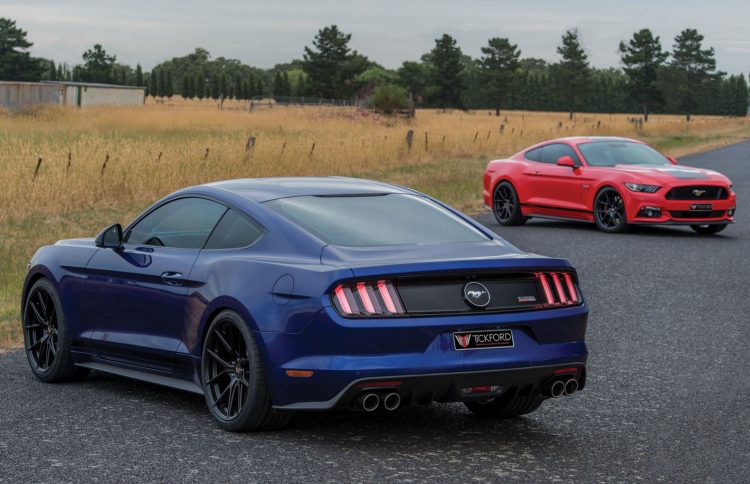 Starting with the entry-level EcoBoost Mustang, power from the 2.3-litre turbocharged four-cylinder unit has been increased from the stock 233kW at 5600rpm and 432Nm at 3000rpm, up to 270kW and 540Nm. Tickford hasn’t confirmed any performance specs as a result of the upgrade, but we expect the stock Mustang EcoBoost’s 0-100km/h sprint of 6.3 seconds to take quite the tumble.

Tickford Director, Tony Harris, explained that, “The Mustang EcoBoost is becoming a popular choice and our equivalent 270 Power Pack powertrain package will give owners a significant uplift in overall vehicle performance.”

“We believe it will also attract customers to the EcoBoost variant who like the idea of a smaller capacity and more efficient engine, but have been waiting for a performance boost. The 270 Power Pack will really surprise people and like our V8 offering, it comprises quality, highly-engineered components backed by Tickford’s warranty.”

Both variants receive the same upgrades, which include a new cold air intake, ECU recalibration, Tickford-developed quad cat-back exhaust system and bespoke rear diffuser. In the context of the almighty Mustang GT, power has increased the 5.0-litre V8’s 306kW/530Nm figures up to 360kW/585Nm.

“Our aim was to not only deliver generous increases in power and torque, but also create a unique exhaust note which was strong and deep, yet was suitable for daily driving as well,” Harris said.

“Our 360 Power Pack is the epitome of our Performance driven by passion tagline. It is tuned and developed for Australian conditions and really unleashes the performance of the GT, boosting an already impressive baseline package. It will absolutely put a smile on owners’ faces from the first time they start the car and every time they accelerate.”

Both kits are priced at $6990, which includes installation. Tickford is also offering buyers the option of a supercharger kit for the 5.0-litre V8 GT variant, with more powerpacks, ride and handling, styling and interior options coming soon. The Mustang tunes join the recently-announced Ranger packages offered by Tickford.