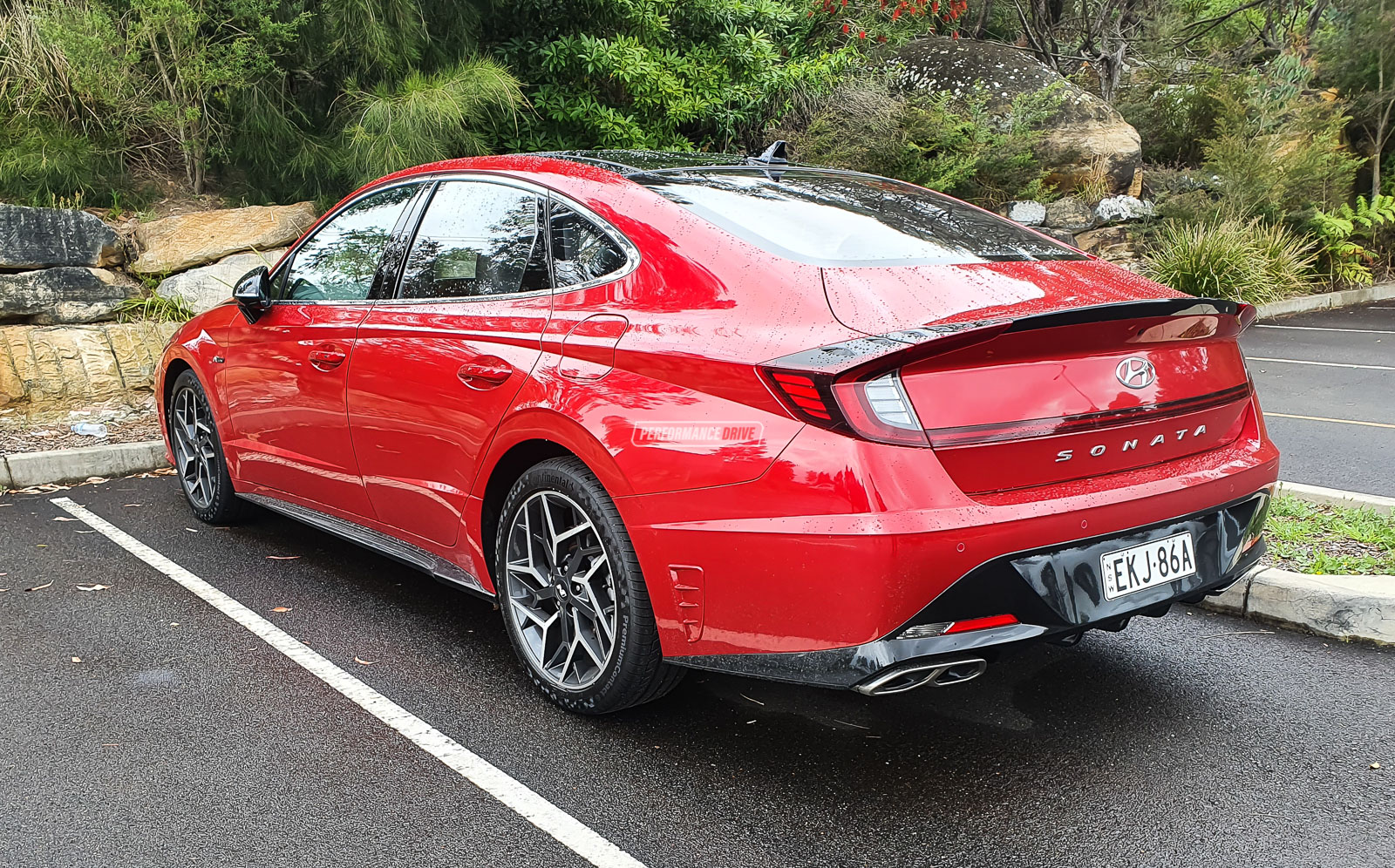 What looks to be a later-stage, pre-production example of the 2021 Hyundai Sonata N Line has been spotted in Australia, about a month ahead of its official on-sale date. 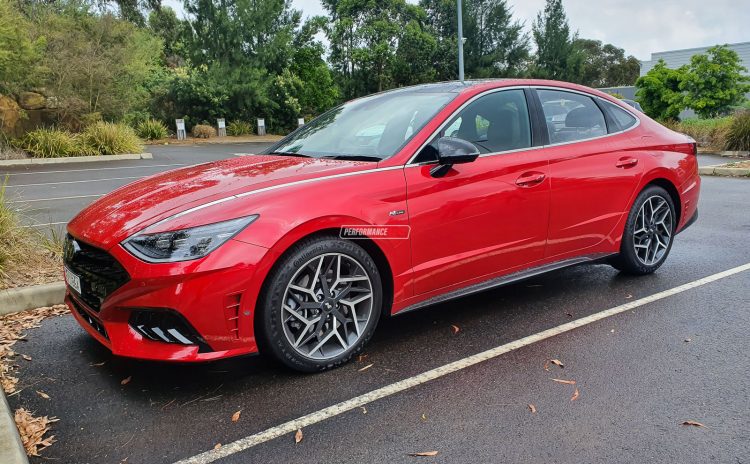 It’s understood the pre-production model is in Australia undergoing local evaluation and testing, including accessory development and suspension tuning, before it is scheduled to hit showrooms a bit later this year. The example was spotted near Sydney today wearing NSW number plates, and is believed to be one of the only right-hand drive examples in the country.

Hyundai unveiled the sleek and sporty sedan late last month. It builds on the success of the company’s N performance brand, featuring a bespoke aero kit, 19-inch alloy wheels wearing 245/40 performance tyres, and a suitably spruced up interior compared with the regular 2021 Sonata. Speaking of which, as far as we know Australian customers will be offered only the N Line, while other overseas markets will be offered multiple variants. 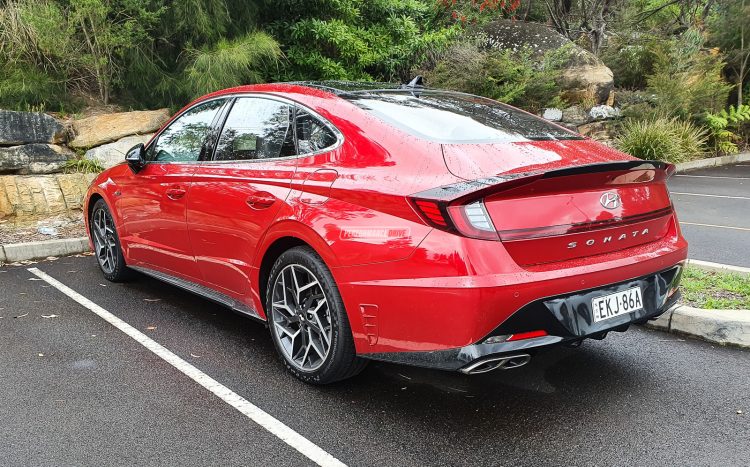 But that’s okay with us because the N Line is one striking beast, especially for its class. In the metal you get a better sense of the sweeping profile and quite low roofline, while the integrated spoiler at the back seems more pronounced. From the dead rear you can also see how the body is tapered from the top, expanding out wide at the bottom.

Hyundai Australia is yet to provide the full specifications on the new model, but it will enter the local market as the first Hyundai Motor Group vehicle with the company’s new 2.5-litre turbo-petrol four-cylinder engine. It’ll produce somewhere around 216kW and 422Nm, matched up to an eight-speed dual-clutch auto.

Despite looking like it could be rear-wheel drive, the Sonata is front-wheel drive. However, with that much power and torque, and the rotating mass of big 625cc pistons, it should provide excellent grand touring performance and cross country comfort.

It’s great that Hyundai Australia has been able to confirm the Sonata N Line, especially as this is a market where sedans, particularly large sedans, are becoming less and less popular. So far this year (through September), the ‘medium below $60k’ segment is reporting a 24.3 per cent downturn in sales, according to VFACTS figures.

And that’s on top of an industry that’s already seeing a 20.5 per cent slump compared with last year. Could the Sonata N Line be the perfect tool to help revitalise the segment? Well, it is set to become the most powerful car in its class, going up against the likes the Toyota Camry and Mazda6. And it is expected to come feature-packed when it arrives a bit later this year. 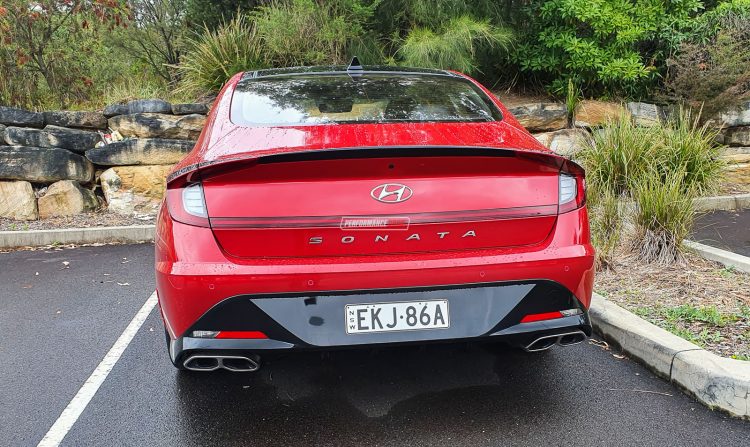