A Lamborghini Aventador has been involved in a nasty crash in the Czech Republic, destroying the left side of the supercar and completely tearing off the rear left wheel. 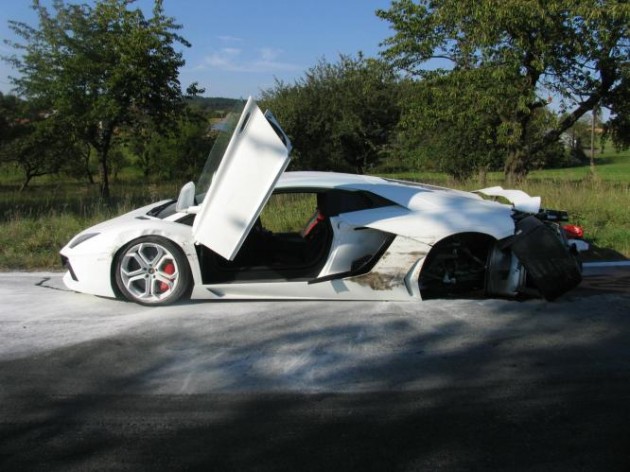 The sad scene is the aftermath of a drive between the towns of Zvole and Branisov around two weeks ago. According to reports the driver tried to overtake on a stretch but failed, quite miserably.

After coming up short in the overtaking attempt, the flagship Lamborghini clipped a Renault Scenic coming the other way, causing the V12 supercar substantial rear end damage. The wheel was literally torn through the rear quarter panel, while the rear end was also blasted out from the impact.

The Renault was also inflicted with fairly serious but non-life-threathening damage, also tearing off a wheel. 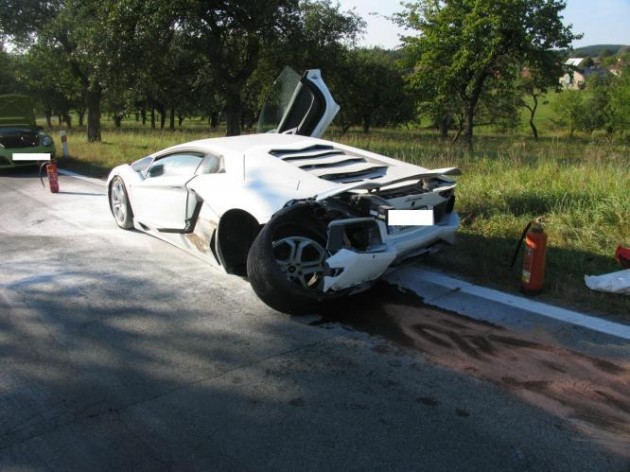 It’s understood no one was seriously injured in the incident. Police found that neither drivers had been under the influence of alcohol at the time.

As for the poor Lambo, it will require significant repairs before it gets back on its feet again. And, no doubt, a significant injection of funds from the driver.