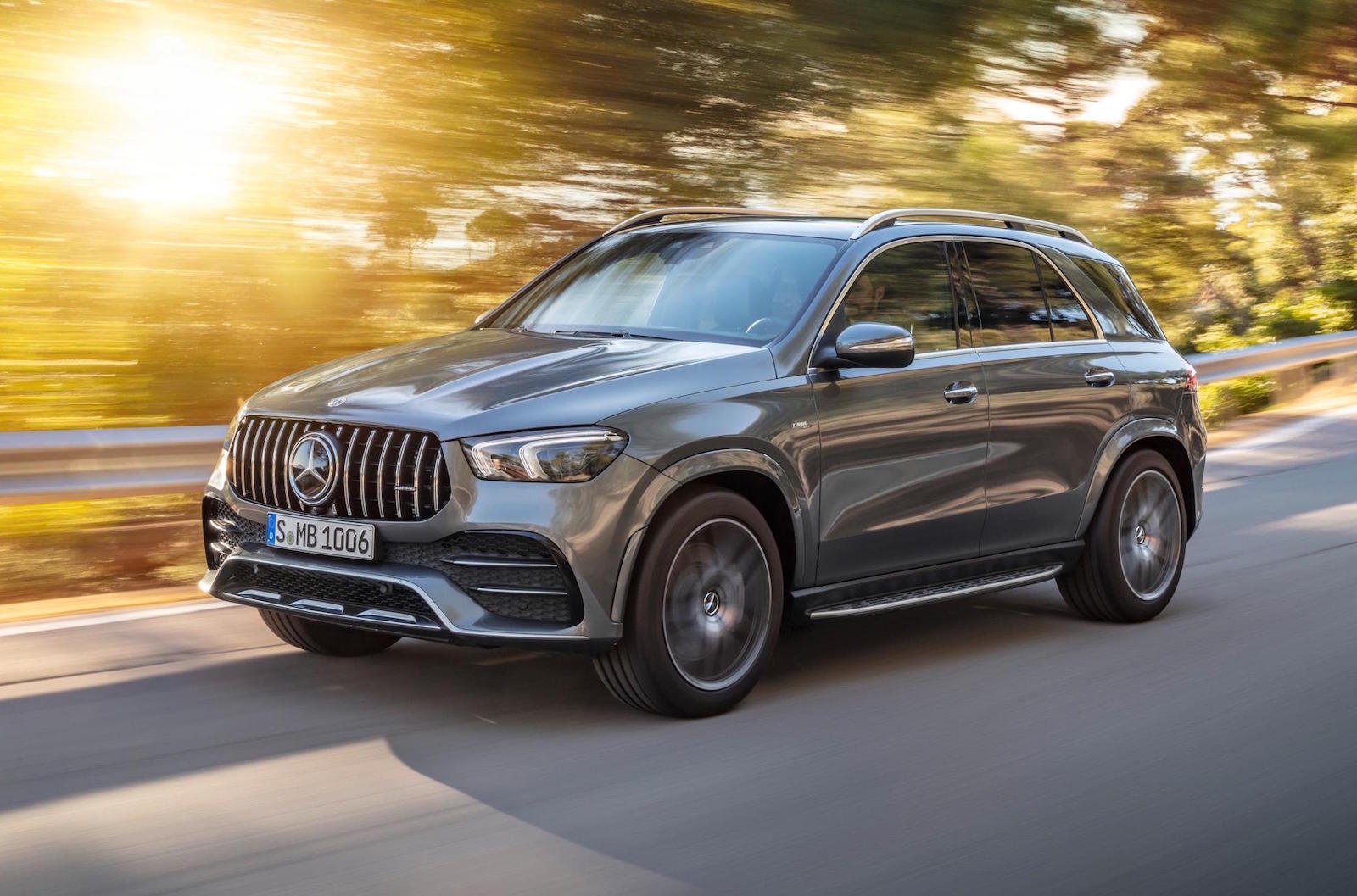 Mercedes-AMG is introducing a new performance model for the large SUV market, today revealing the GLE 53 4MATIC+. It’s based on the recently-revealed fourth-gen GLE, and comes with the company’s fresh inline six engine. 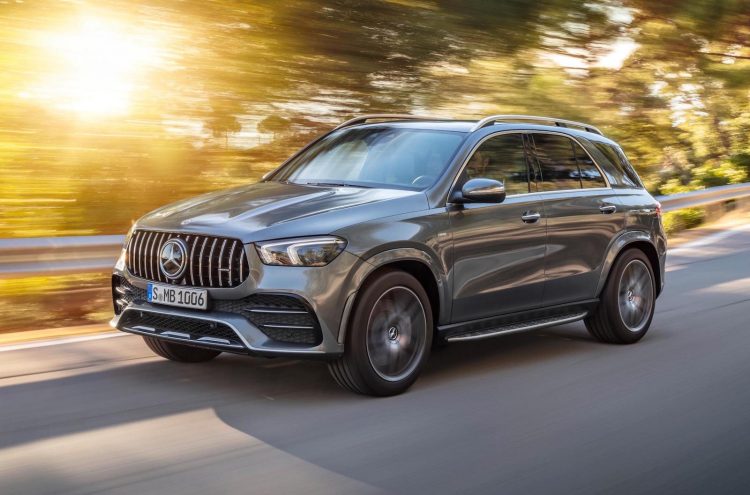 The new ‘M256‘ engine is a 3.0-litre twin-turbo straight-six that produces a svelte 320kW of power and 520Nm of torque. It’s helped by an ‘EQ Boost’ starter-generator mild-hybrid system that briefly offers an extra 16kW and 250Nm via a 48V electric system.

Across the 0-100km/h sprint, Mercedes claims the GLE 53 stops the clock in just 5.3 seconds, while the top speed is electronically limited to 250km/h. Despite the credible performance, the mild-hybrid system helps to optimise fuel consumption. As such, the new model offers a combined cycle of 9.3L/100km. This is only marginally up on the old, 287kW/520Nm GLE 43’s official average of 9.1L/100km. The V6-powered 43, based on the previous-gen platform, did 0-100km/h in a claimed 5.7 seconds.

Performance and in particular response for the new model is optimised thanks to an electronic compressor (turbo) that builds boost pressure on initial take off, while the second, exhaust-driven turbo is larger and provides the top-end punch. Mercedes says this setup offers dynamic response without turbo-lag. 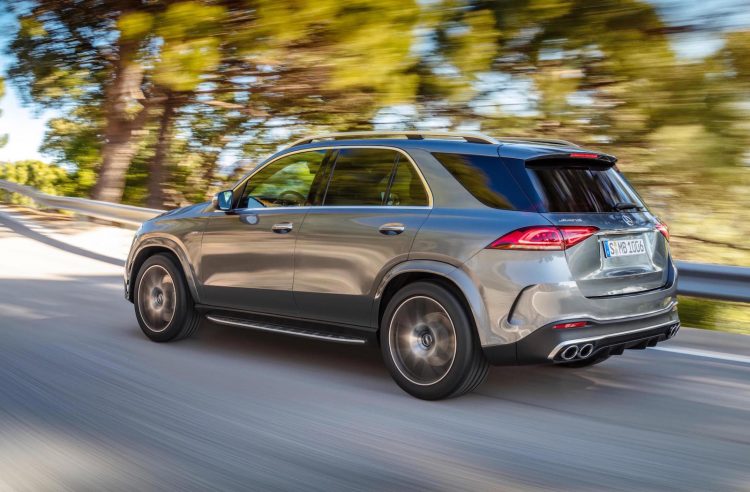 Matched up to the engine is a nine-speed TCT auto transmission (torque-clutch transmission), featuring paddle shifters and the ability of multiple downshifts in Sport+ mode. From there, power is sent to a new 4MATIC+ all-wheel drive system with variable torque split between the wheels. 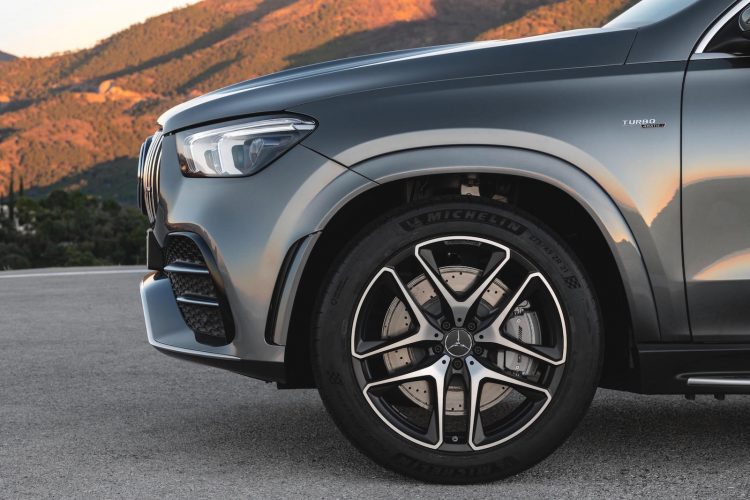 Other performance highlights include a set of 400mm front and 345mm rear brakes, with rather small-looking twin-piston calipers on the front and single-piston items on the back. These are enveloped by a set of 20-inch light alloy AMG wheels. Buyers will also be offered 21- and 22-inch items as an option to personalise their order.

Inside, Mercedes-AMG provides a range of sporty features, including bespoke seats wrapped in Artico/microfibre Dynamic man-made leather, with red contrast stitching. A third-row of seats is optional, making it quite a practical performance SUV. The driver uses an AMG Performance steering wheel wrapped in Nappa leather. 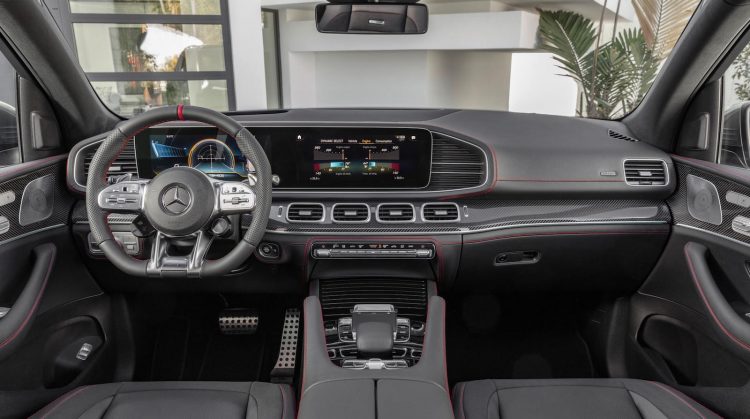 Infotainment is controlled by the latest MBUX user interface, which is fitted as standard. It comprises of two wide-screen digital displays, packed with all of the usual modern apps and crisp graphics. There’s also some AMG-specific displays included, with four selectable layouts for the instrument cluster including Classic, Sport, AMG Supersport, and Discreet.

The Mercedes-AMG GLE 53 4MATIC is set to go on sale in Australia later this year. Prices are yet to be confirmed.