Volkswagen has shown a vague preview of the next-gen 2014 Volkswagen Golf R Mk7 sitting in a block of ice. The high performance hatch is expected to debut at the 2013 Geneva Motor Show in March, after being shown online in two weeks. 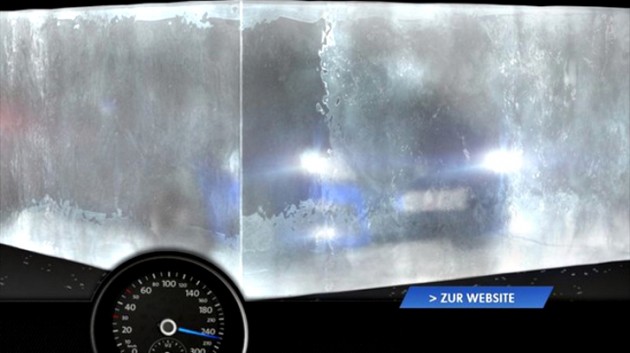 Even though the new Mk7 Golf has previously been revealed, this is the first time we’ve been given a glimpse of the new R version. Whether this teaser previews the production model or a concept version is not yet known.

According to reports, the next-gen Golf R will come with a tweaked version of the current 2.0-litre turbocharged four-cylinder. In its current form the engine produces 199kW (188kW in Australia). The new version is set to produce around 215kW.

Full details will be revealed ‘when the ice melts’ in two weeks, while a public debut will probably occur at the upcoming Geneva Motor Show, starting March 5. Market entry is slated to kick off next year.