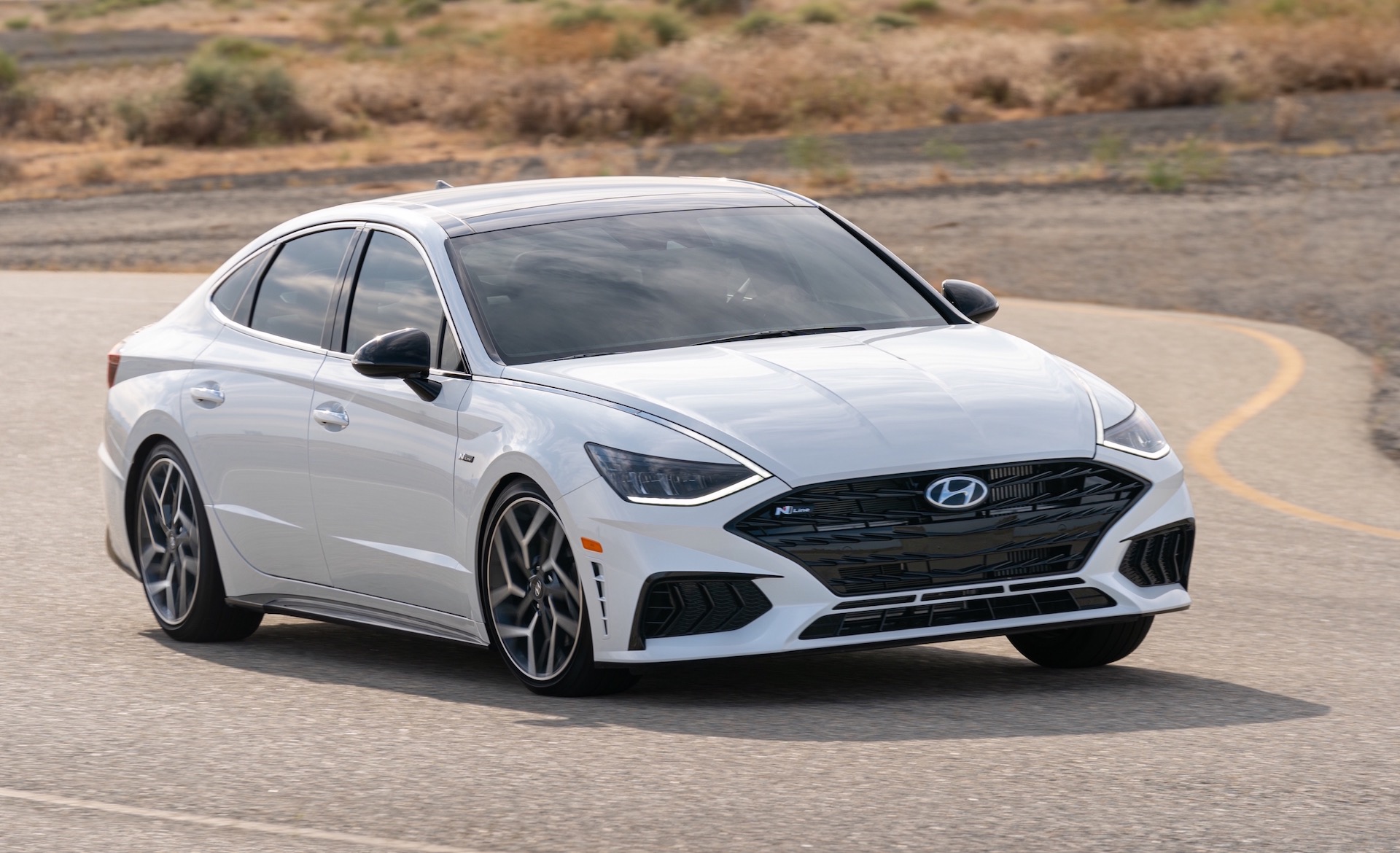 Hyundai has unveiled the 2021 Sonata N Line, which will come in as a semi-performance version of the company’s new large sedan. It will go on sale in Australia later this year. 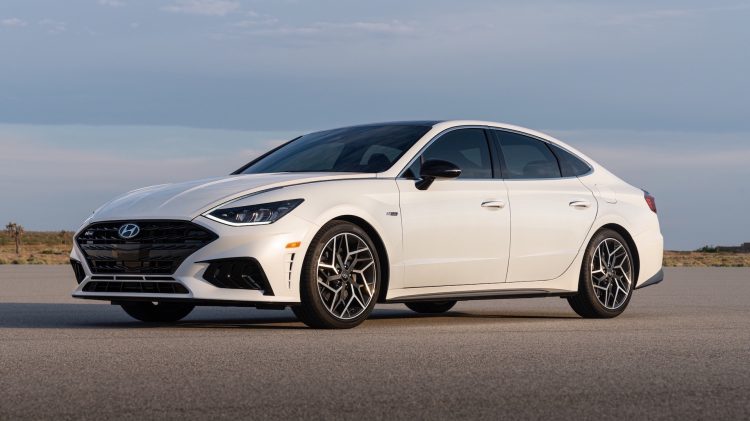 The striking design is part of Hyundai’s latest ‘Sensuous Sportiness’ philosophy. It incorporates plenty of angular attitude and pinched themes, including a wide and thin grille at the front with matching slimline headlights. Special air intakes lower down indicate its performance intentions.

Around at the back Hyundai designers have retained the already-elegant and sporty look of the new Sonata, with its integrated rear spoiler and full-width taillight. However, lower down you’ll notice a darkened apron and diffuser element, along with fashionable quad-oulet exhausts. Speaking about the design, SangYup Lee, head of the Hyundai Global Design Centre, said: 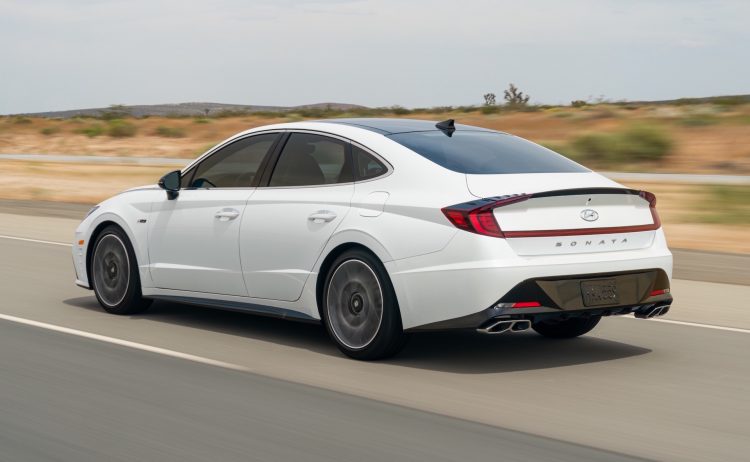 Hyundai hasn’t revealed the powertrain specifications yet, but as far as we know it will be powered by the company’s new 2.5-litre turbo four-cylinder engine. In the latest Kia Optima GT (not available in Australia) the unit develops 213kW and 422Nm. These figures are likely to carry across.

This engine also comes matched with the company’s new eight-speed dual-clutch automatic transmission, which is set to provide smoother shifts and functionality in normal conditions compared with the outgoing seven-speed dual-clutch unit, while also maintain lightning-fast shifts during performance driving. Like the Optima, the Sonata N Line is front-wheel drive.

Hyundai Australia has previously confirmed the Sonata N Line will arrive during the last quarter of this year. It’s unclear if Australia will be offered all variants of the new Sonata or just the top N Line. More details will be announced soon.