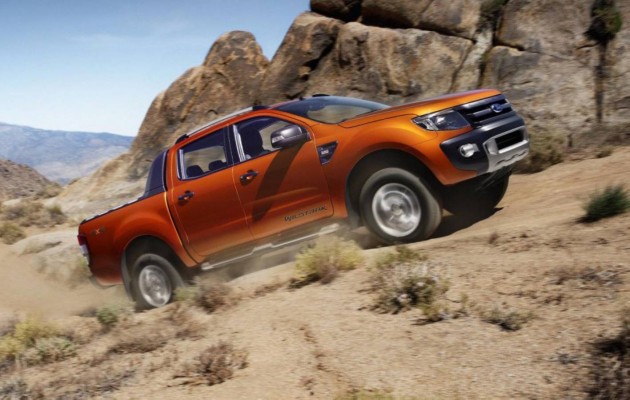 There’s now 21 different variants of the 2012 Ranger on the market, with the Wildtrack being the new flagship. Inside comes with standard features such as satellite navigation system with a five-inch display, a rear-view camera, leather-accented trim with cloth sections ‘inspired by sportswear’, and a USB/iPod compatible stereo.

On the outside, the manly Wildtrack comes with a two-tone colour scheme with darkened side mirrors, door handles and front fascia, 18-inch alloy wheels, a roof rack, and an aero sports bar in the back. The Wildtrack also comes in a range of interesting exterior colours, including a new Chilli Orange, Cool White, Black Mica, Metropolitan Grey, and Highlight Silver. 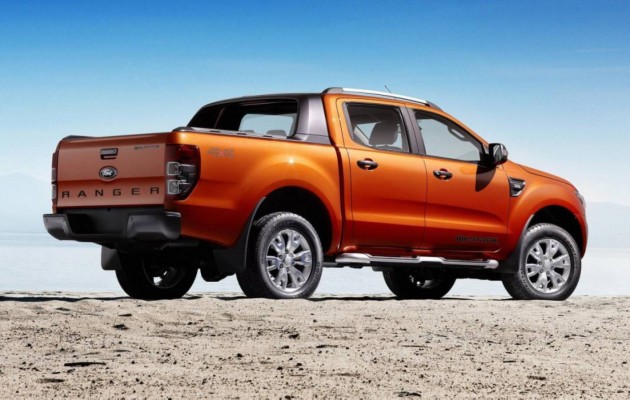 Power for the Wildtrack comes from a 3.2-litre turbo-diesel five-cylinder engine producing 147kW and 470Nm. The engine uses a variable geometry turbocharger, and offers a combined cycle fuel economy rating of 9.4L/100km. Ford says the engine has been developed under stringent testing conditions, including at 400 metres below and 4500 metres above sea level.

Some of the standard features for the 2012 Ford Ranger Wildtrack include: