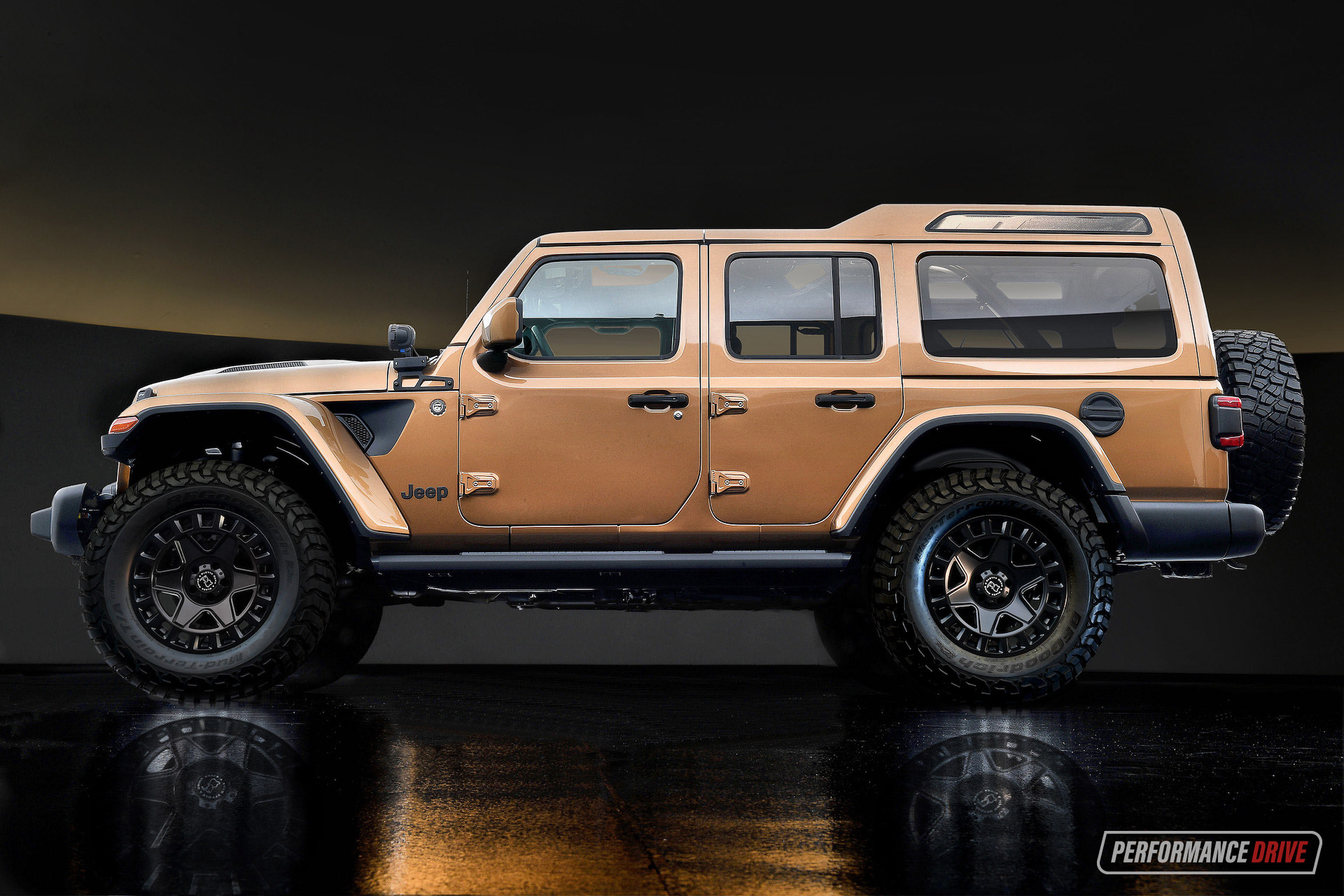 Parent company of Dodge, Jeep and RAM, Stellantis, is set to unveil no less than seven new custom vehicles at the upcoming Speciality Equipment Market Association (SEMA) event in Las Vegas this weekend. 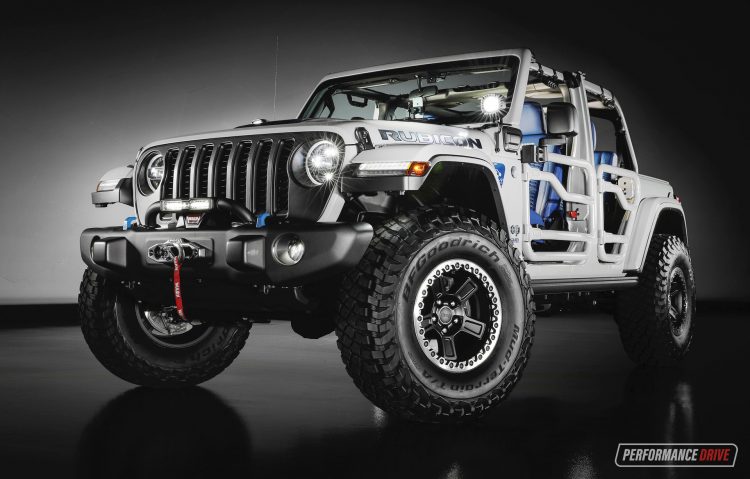 More specifically, the custom builds come from Stellantis’s parts and accessories division, Mopar. They have all been designed to show customers the world of possibilities that are out there from its range of off-roaders, as well as the Dodge Challenger.

The first, and perhaps most eye-catching of the seven builds set to hit the SEMA show is the Jeep Wrangler 4xe concept, which showcases the leading hybrid electric vehicle technologies in a purely off-road package from Jeep Performance Parts.

The Wrangler 4xe concept rides on a set of 37-inch BFGoodrich off-road tyres which are paired with a JPP 2-inch lift kit with FOX shock absorbers, a steel bumper with LED lights, a winch, and a windshield made from Gorilla Glass that is three times stronger than a conventional windscreen. 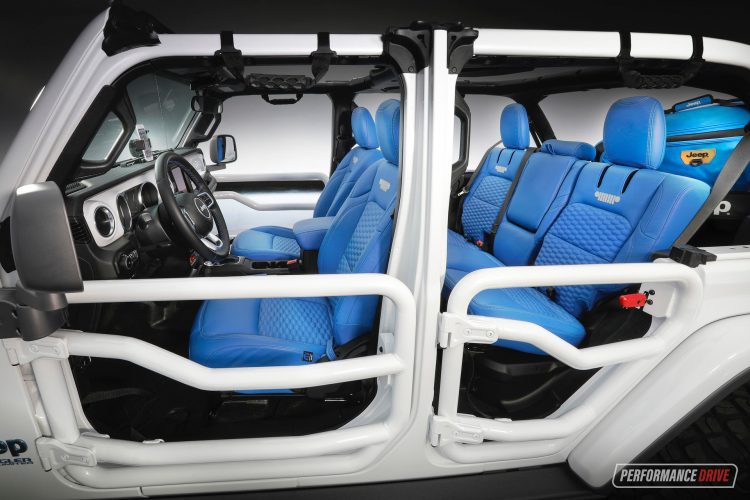 The Wrangler 4xe concept also features a new leather upholstery with tungsten contrast stitching, as well as a vinyl floor with drain plugs and a new accessory rail system that can hold smartphones and video cameras while off-roading.

Next up, the all-new Jeep Wrangler Overlook concept is an interesting design exercise that blurs the line between a conventional Jeep Wrangler Rubicon and a Land Rover Defender 110 or 130, featuring three rows of seating and some added luxuries inside.

The custom roof line adds five inches of interior height, as well as 12 inches of space to accommodate the extra row of seating, which is lined with three extra windows to give the rear of the cabin a sense of space. At the front, you’ll find a narrow steel front bumper for an improved approach angle, paired with LED fog lamps and a set of JPP 5-inch off-road LED lights. 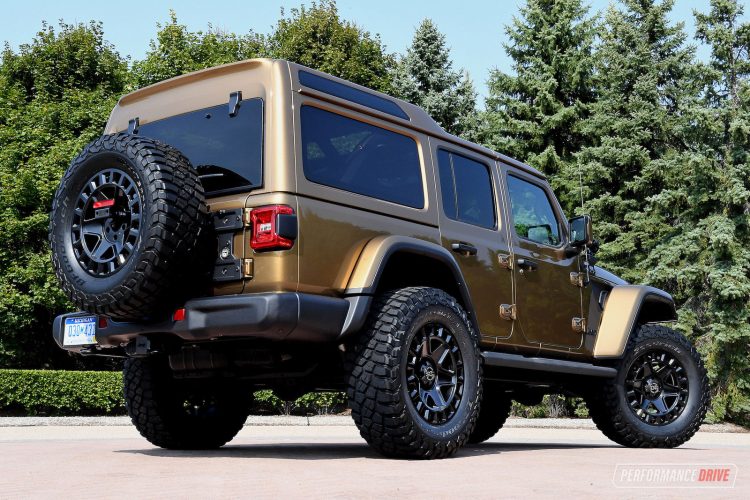 Also set to grace the stage at the upcoming SEMA show is the Jeep Grand Cherokee L Breckenridge concept. It features a custom two-tone matte-metallic paint finish, as well as 21-inch wheels and a roof-mounted cargo box from Thule for skis and snowboards.

Then, we have the incredibly unique Kaiser Jeep M725 concept, which is a vintage Kaiser Jeep M725 military ambulance from 1967 that has been converted into an off-road support vehicle and new-found mascot for JPP. 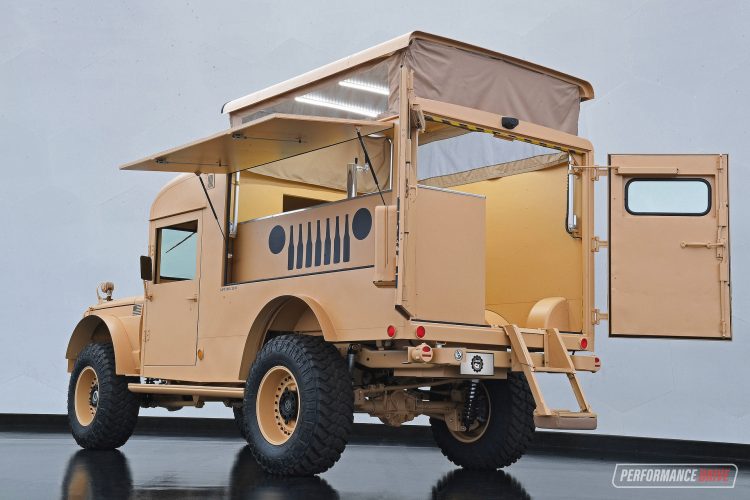 The Kaiser Jeep M725 receives reinforcement for its original frame and link/coil suspension components in favour of the original leaf springs, as well as a 392 crate Hemi V8 producing 356kW/644Nm, paired with an automatic transmission.

The custom roof design allows the cargo area to be raised by 40cm, so those in the rear can stand without a problem, and get to work treating any potential injuries on the workbench, while the driver gains all the modern switchgear, equipment and LED lighting.

Also headed to the SEMA event are the RAM 1500 TRX RexRunner concept, RAM 1500 Outdoorsman and the Dodge Challenger Holy Guacamole concept, which you’ll be able to check out when SEMA kicks off on November 2.