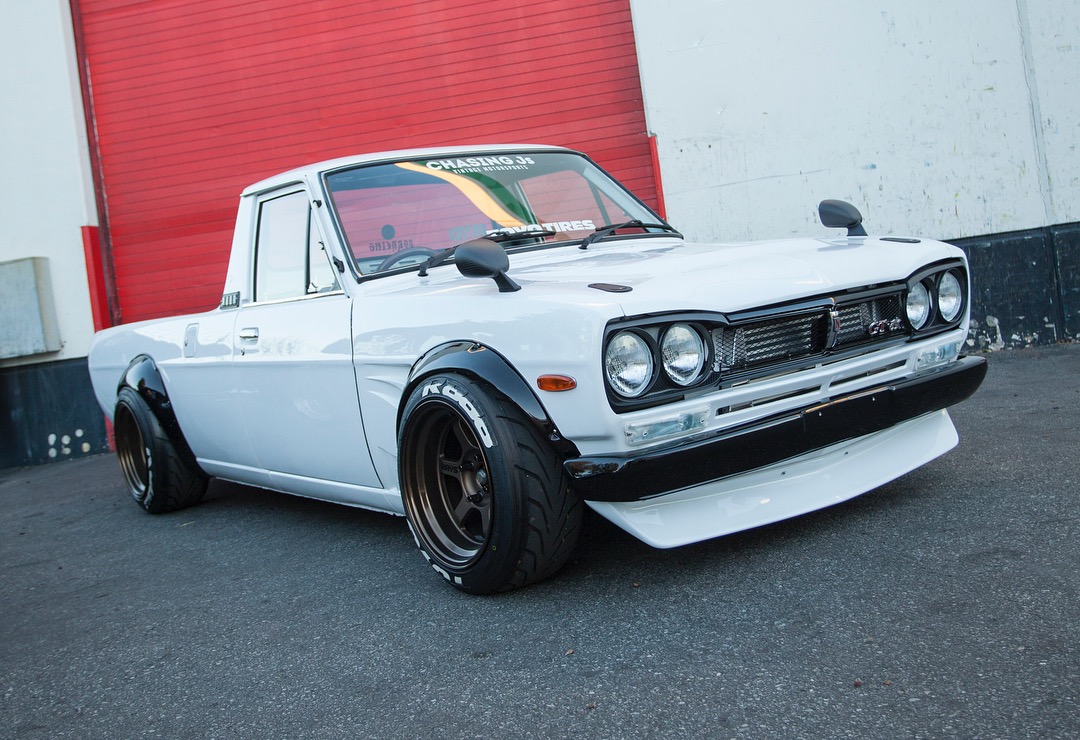 Here’s something a little different. It’s a Datsun 1200 ute, which is already something of a cult classic, only it features the front end of the legendary KPGC-10 Skyline ‘Hakosuka’ GT-R. 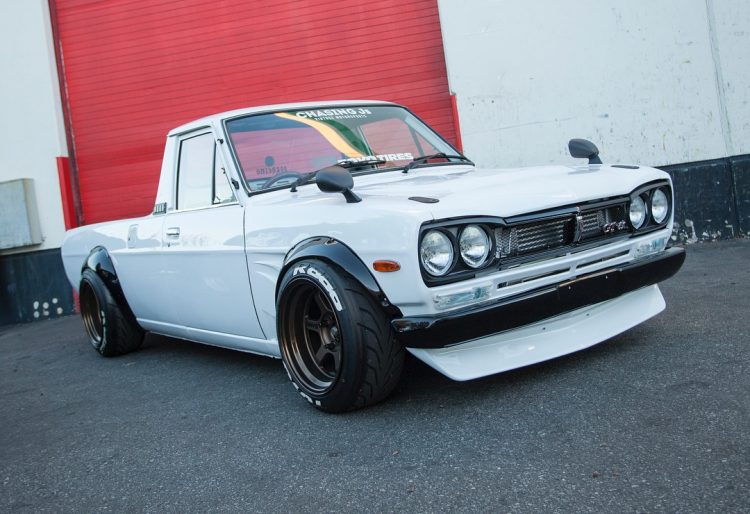 The project is actually a couple of years old now but it’s the first we’ve seen of it, and hopefully is new for some of you as well. It’s essentially a Datsun Sunny pickup, known as the 1200 ute in Australia, with a period GT-R morphed onto the front end.

Not only that, the panels from the Skyline of the day have also been modified for a distinct racy look, with special vents and cutaways in the bonnet and guards, including heat-extracting vents in the bonnet. There’s also a front lip spoiler added on to bring the body down to the ground, ridding its utilitarian focus and replacing it with a race track focus.

Also helping with the racing look are a set of the fashionable RAYS Volk Racing TE37 wheels, measuring 15 by 9.5 inches on the front and 15 by 11 on the back. These are wrapped in very stretched 195/50 front and 205/50 rear Toyo Proxes R888 tyres. A pair of guard-mounted carbon fibre side mirrors complete the look.

It’s not all about looks, though. Under the bonnet is a thoroughly worked Nissan SR20DET engine. It’s unknown how much power the unit produces but we’re sure it’s capable of giving those rear tyres a hard time. It’s fitted up to a manual transmission.

Some the interior has been converted to classic Skyline, with a replica dash and centre console fitted in, with Autolook bucket seats replacing the standard items. In the back the tray floor is made from sheets of carbon fibre and held together with brushed aluminium strips.

Check out the video below for more, and head over to owner Dominic’s Instagram page for more details and photos of the build.