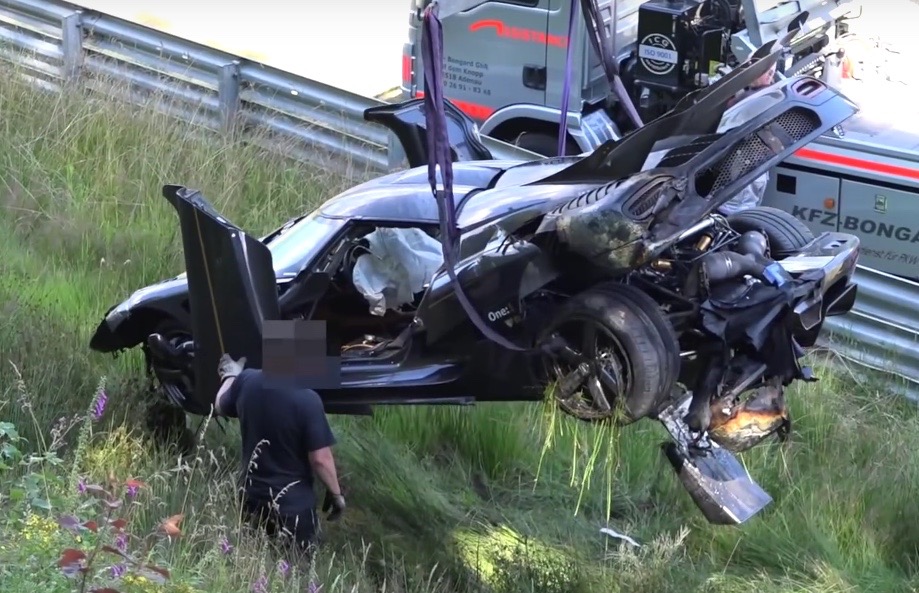 Koenigsegg has issued a statement revealing the exact cause of the widely-publicised crash of its One:1 megacar at the Nürburgring, reported earlier this week. 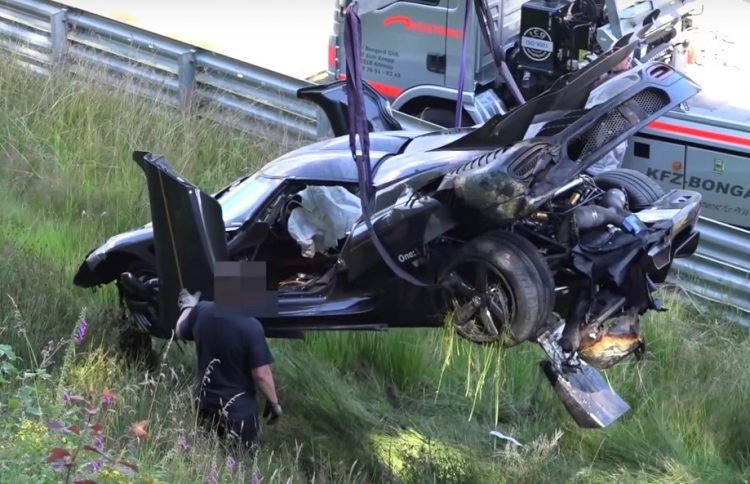 As we saw earlier in the week, Koenigsegg’s most recent attempt a tackling the Nurburgring’s Nordschleife resulted in a very broken car. The Swedish hypercar manufacturer has revealed a malfunction of its ABS system resulted in the high-speed crash.

While there is no footage of the incident available, only the painful-to-watch aftermath, Koenigsegg has issued a statement combing out some of the finer details for the ravenous crowd.

Koenigsegg’s hired driver, not its official driver Robert Serwanski, was behind the wheel at the time when around three and half hours into the test the accident occurred. While exiting the Fuchsröhre (Foxhole) corner, the ABS signal sensor in the front left wheel failed, resulting in a lock up at around 170km/h.

Koenigsegg says the driver then hit the barrier at the Adenauer Forst bend at around 110km/h, with the kinetic energy sending the car into the air for around 22 meters, spinning 180 degrees and presumably scaring the hell out of the experienced race driver.

The Swedish manufacturer says it was able to investigate the malfunction at its Angelholm headquarters, and is using this data to address and eliminate the chance of future malfunctions.

Happily, Koenigsegg has also confirmed its intention to rebuild the shattered One:1, as its carbon monocoque is still intact. The transmission, engine and chassis are set to “form the basis for the rebuild of the car in the near future”, according to Koenigsegg.

In addition, Koenigsegg is also set to release a safety upgrade for all of its models, barring a few early editions. The upgrade will include an active systems warning, which limits the speed to 100km/h if a malfunction or danger is detected.

The inclusion of the ABS in the active warning system is also said to “have the dual effect of heightening driver awareness of the fault and restricting vehicle output until the fault is fixed”.

In typical Scandinavian courage, Koenigsegg isn’t ruling out returning to the Nurburgring to once again test the One:1, as well as the Regera. It said:

“Will we be back this year? That is also hard to say at this point, but we won’t say a definite ‘no’.”

A Chevrolet Corvette ZL1 recently suffered a similar fate, but Chevrolet remained tight-lipped in the aftermath of the incident. Koenigsegg’s transparency seems admirable and almost Tesla-like. More details can be found at the official Koenigsegg website linked above.