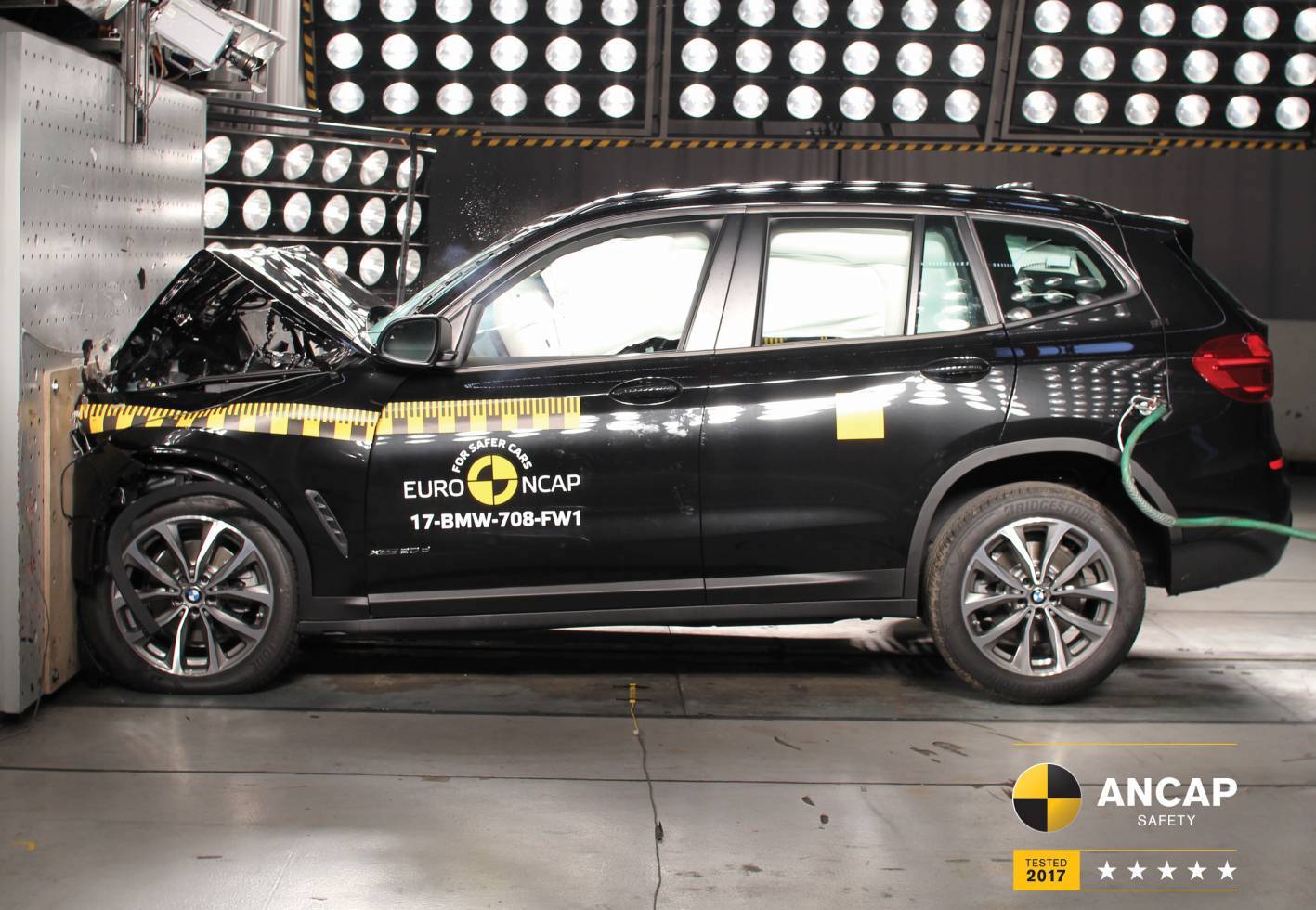 In the latest round of crash testing by Euro NCAP, both the new 2018 BMW X3 and the upcoming Jaguar E-Pace premium SUVs have been given the full five-star accolade. 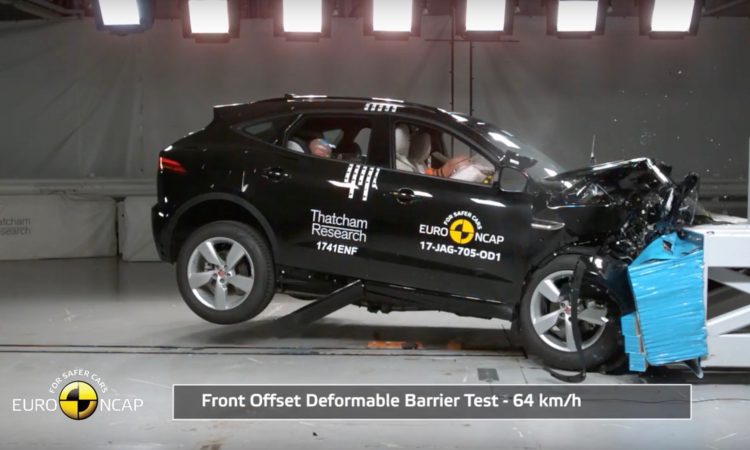 In the side barrier test the E-Pace received maximum points, and 77 per cent for pedestrian protection. The standard fitment of autonomous emergency braking with pedestrian detection also went down well with testing engineers.

Although Australia’s (and New Zealand) ANCAP division hasn’t yet carried across the score for the local market, it is expected to be added to the local database soon. As for the new BMW X3, its Euro NCAP score has been analysed by ANCAP and the five-star rating officially applies in Australia. 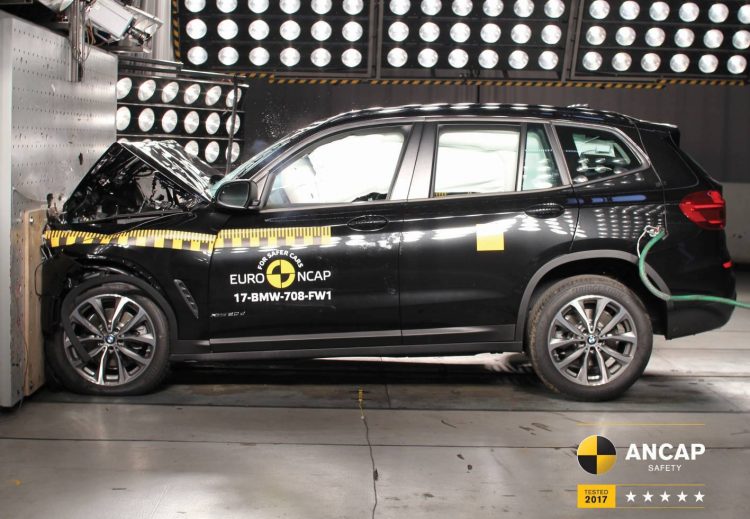 ANCAP says the Australian-spec X3 comes with a higher level of standard safety equipment compared with the Euro version, making it even safer, with features such as lane departure warning and intelligent speed assistance coming as standard in Australia and New Zealand.

At this stage the five-star score applies to the xDrive20d variant only, but this is likely to spread to all variants once the others are assessed. Check out the cool slow-mo videos below to see how they crumpled.