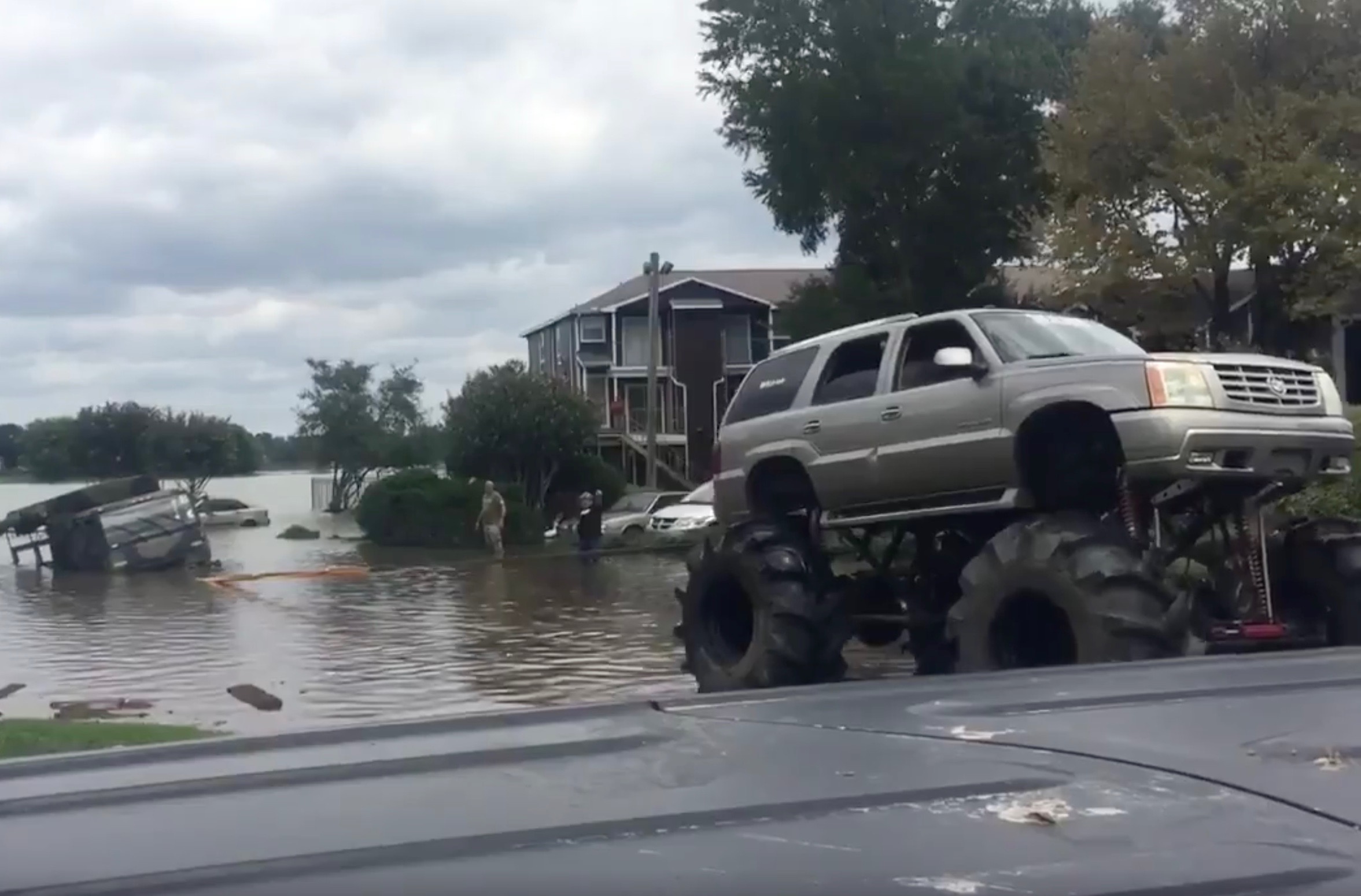 Rednecks in monster trucks, the military, and the community have united in the US like never before, following the devastation of Hurricane Harvey. A video has surfaced on social media showing some heavily modified SUVs and pickups (monster trucks) helping flood victims from some of the worst-hit areas in Houston. 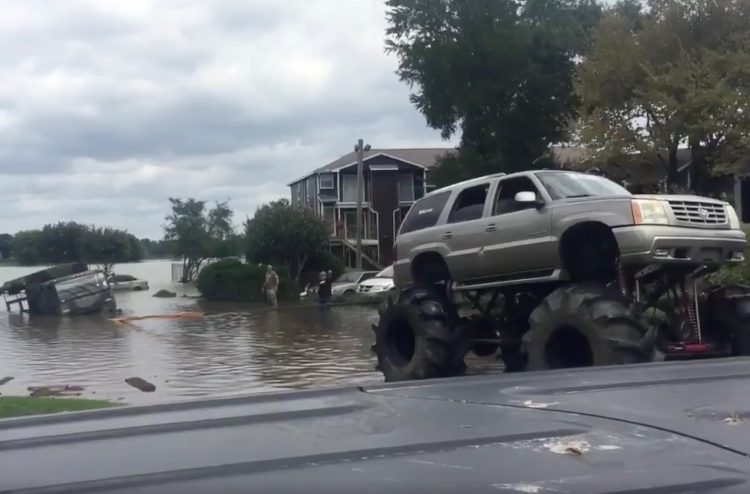 The video was posted by Twitter user Michael Keyes, a retired Tactics Instructor for Army Special Ops and Infantry, showing one of the monster trucks pulling a military vehicle out of deep waters. The video has since gone viral, with over 10,000 retweets.

The devastating natural disaster, regarded as the worst in recorded history, has shown the unity of the American people, with many flood victims reported to have left their flooded homes to help others in further need. This is perhaps one of those rare occasions where highly modified vehicles are actually being called on to help the community.

According to the video source the group of monster truck owners are known as the Redneck Army. Seen in the video is an old Cadillac Escalade with massive wheels, and later a Dodge pickup with a similar modification helping the tow. The two pulled the stranded military vehicle to drier ground. Check it out below.