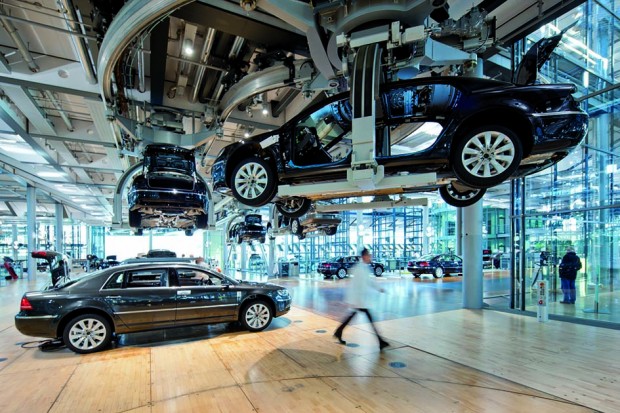 Rumours are circulating that Volkswagen is considering the closure of one of its factories to maximise savings. Specifically, its ‘Glaeserne Manufaktur’ plant (transparent) in Dresden.

The transparent factory, based in Dresden, Germany, produces the VW Phaeton sedan but with an output of only eight per week. VW’s new CEO Matthias Mueller believes Phaeton production could be moved to another factory, according to a recent WirtschaftsWoche (finance weekly) report.

VW’s supervisory board is set to meet and discuss the plant’s future this week, and figure out how to fit it in with the automaker’s spending and investment program following the devastation of the emissions scandal. A possible closure could frustrate workers representatives however, who coincidentally occupy half of the 20 seats on the supervisory board.

The move could send sparks flying within the walls of VW’s management too, with some mentioning a closure to be financially devastating to an area of Germany still recovering from the separation of East and West Germany.

The Phaeton, Volkswagen’s flagship model not sold in Australia, cost more than $1 billion to develop and was launched in 2002. It eventually proved to be a flop. Production fell in 2014 by 30 per cent to just 4000 units annually. An all-new model is on the way and will be offered as a fully electric vehicle. It’s unknown at this stage where it will be built.