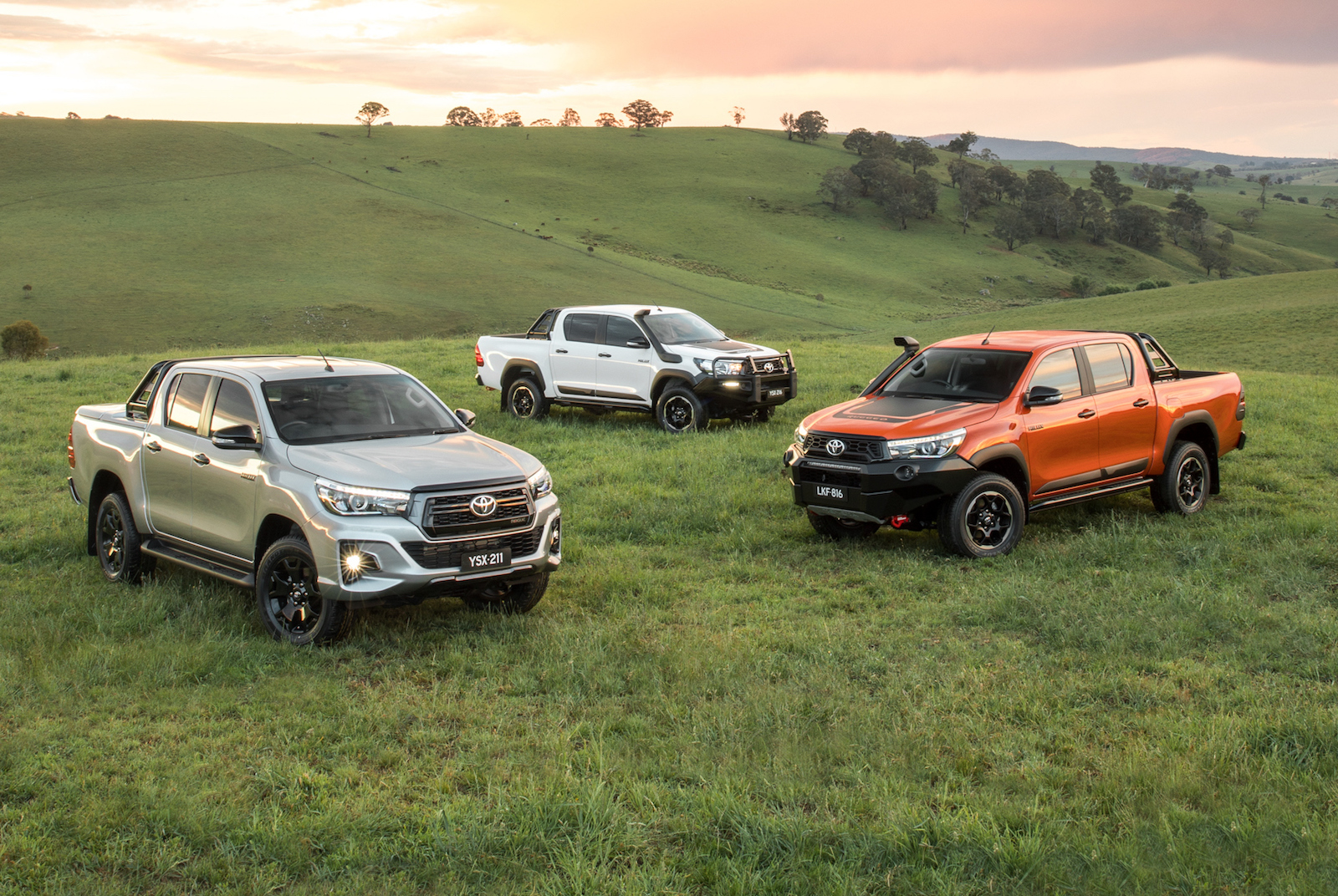 The first month of the year is over already, and it seems it has been no better time to buy a new car. According to VFACTS figures, handed out today, January 2018 was a record January for vehicle sales, driven by demand for SUVs and light commercial vehicles. 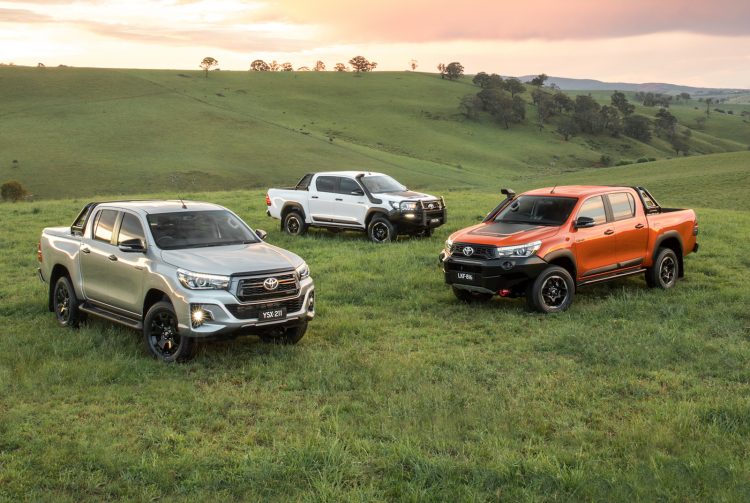 Kicking off with the most popular vehicle brands for the month, Toyota is off to a cracking start. Its January 2018 figure of 15,306 units is up a whopping 21.9 per cent compared with January last year. Mazda pushed Holden out of second spot from December, while Hyundai also snuck into third spot. Mazda sales are up 0.5 per cent from the previous year, and Hyundai is up 6.2 per cent, while Holden is down 20.4 per cent. See below for the top 10 best-selling brands for January 2018.

So, was the Toyota HiLux able to back up stellar sales during 2017? You bet. It came home as the biggest-seller during January. The numbers are expected to increase further with the release of the new HiLux Rugged and Rogue variants later this year (pictured above).

Aside from the Ford Ranger being not too far behind, and the Toyota Corolla and Mazda3 are continuing their market segment dominance, and we see the Holden Commodore is pushed out of the top 10 for the month for the first time in a while, along with the Mitsubishi Triton. Incoming are the Volkswagen Golf, Mazda CX-3, and Nissan X-Trail. The top 10 best-selling vehicles for January 2018 were as follows: 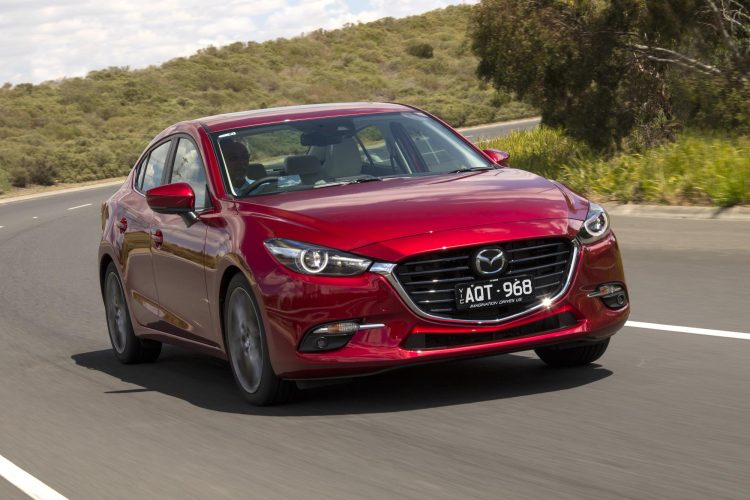 Small Cars under $40,000 – Mazda is off the line first in the demanding small car class, setting the pace for the others to follow, including arch rival Toyota Corolla. Honda Civic sales are on the rise, reporting a 47.9 per cent increase on January 2017 efforts, and the Holden Astra returned a 94.5 per cent jump from last January, following the new model’s entry into the market in November 2016. The top 10 best-selling small cars in January 2018 were as follows:

Medium Cars under $60,000 – This segment is starting to look a bit strange now, with the locally-made Toyota Camry beginning to soak up Holden Commodore sales, presumably. The Camry’s January 2018 figure isn’t that big compared with other months, but it’s actually 30 per cent higher than January last year, when the Aussie-made version was sold. The top five best-selling models in this class for January 2018 were as follows:

Medium Cars over $60,000 – Who’s going to be the trend-setter in the executive sedan class this year? It looks like the Mercedes C-Class is continuing its popularity from last year. The C-Class is followed by its four-door coupe brother, and then the BMW 3 Series. The top five best-selling vehicles in this class during January 2018 were as follows: 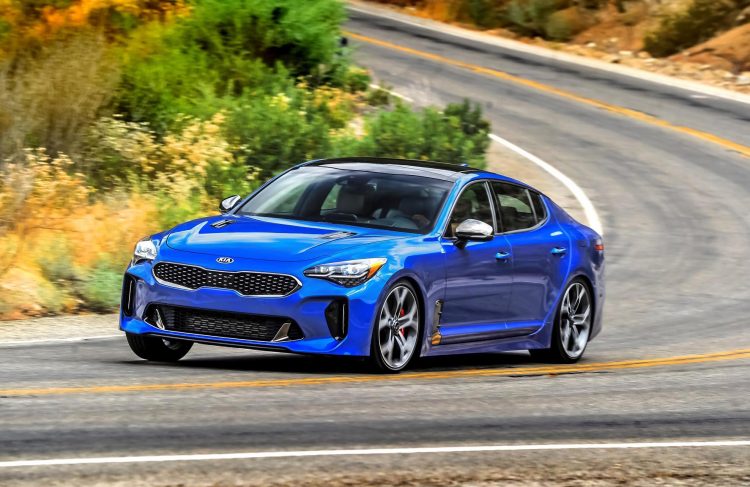 Large Cars under $70,000 – Here is where things are expected to be really shaken up by the closure of Aussie car manufacturing by Holden, Ford and Toyota. Ford Falcon sales are now well and truly over, following the first ever 0 last month since before the Falcon was introduced back in 1960. The Holden Commodore took a blow in January, reporting a drop of 55.6 per cent compared with January in 2017. Meanwhile, the Kia Stinger is sitting nicely in second place, ready to pounce. The top five best-selling vehicles in this class for January 2018 were as follows:

Large Cars over $70,000 – Moving up in the market, the Mercedes E-Class is following the smaller brother’s footsteps, setting a good pace for the first month of the year. It’s followed by the BMW 5 Series, and then the Maserati Ghibli. Strangely, it seems the Genesis G80 has been removed from this class, with the old Hyundai Genesis listed in the segment above (G80 was listed in this class in December). The top five best-selling vehicles in this segment in January 2018 were as follows:

Sports Car under $80,000 – Into the more exciting cars, we see the Ford Mustang is continuing its winning streak from last year. Sales have dropped slightly, by 24.5 per cent to be precise, compared with January in 2017. However, when the new model arrives (pictured below) later this year we’d expect a big upturn. The top five best-selling vehicles in this class for January 2018 were as follows: 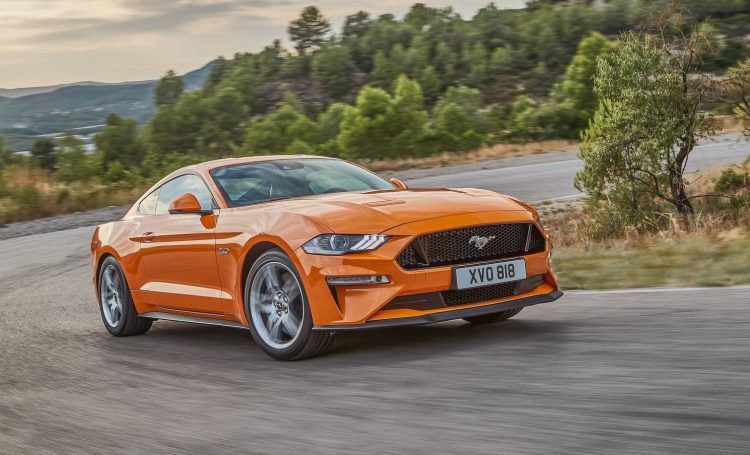 Sport Cars over $80,000 – Cranking it up a level and we see the Mercedes C-Class two-door models and the BMW 4 Series two-door are off to a great start. Following far behind are the Mercedes E-Class two-door and the Audi A5, leaving the Porsche Cayman to round out the top five. Out of these five, the  E-Class two-door is showing the biggest increase on 2017 efforts, with sales climbing an impressive 150 per cent compared with January 2017. The top five best-selling models in this category for January 2018 were as follows:

Sport Cars over $200,000 – Moving up to the hero cars, and it’s the Porsche 911 that’s out of the gate with a commanding lead for the first month of the year. Ferrari is also setting the pace in the supercar league, with all others trundling behind. The top five best-selling vehicles in the class during January 2018 were as follows:

Combined 4×2 and 4×4 ute – As for one of the most competitive segments, we know the Toyota HiLux is off to the best start, but the Nissan Navara is making a surprising appearance in third spot for the month. The Mitsubishi Triton and Holden Colorado had nowhere to go but down to fourth and fifth from their usual third and fourth spot rank. The top 10 best-selling utes (4×2 and 4×4 combined – excludes LandCruiser) for January 2018 were as follows: 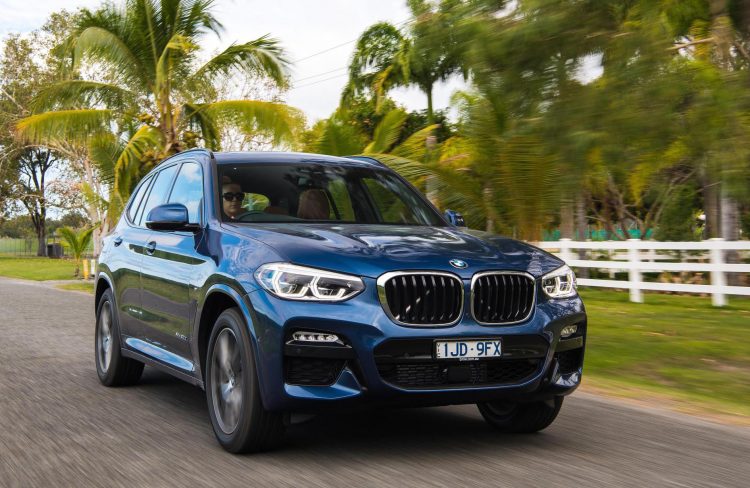 As for the SUV segments, the Mazda CX-5 is still in front overall following its benchmarking effort in 2017. The Toyota RAV4 is following not too far behind in second place, leaving the Nissan X-Trail to round out the top three overall. Interestingly, all compete in the same specific mid-size SUV segment. In other areas, the new BMW X3 is building steam in its segment, returning quite big numbers, while the Hyundai Kona is showing promise in the entry class.

The top three best-selling SUVs in all categories for January 2018 were as follows:

Total new vehicle sales in Australia in January were down on December figures. During January, Australian consumers bought 88,551 vehicles according to VFACTS compared with 102,820 in December. However, sales for the month are up 4.3 per cent compared with January 2017.