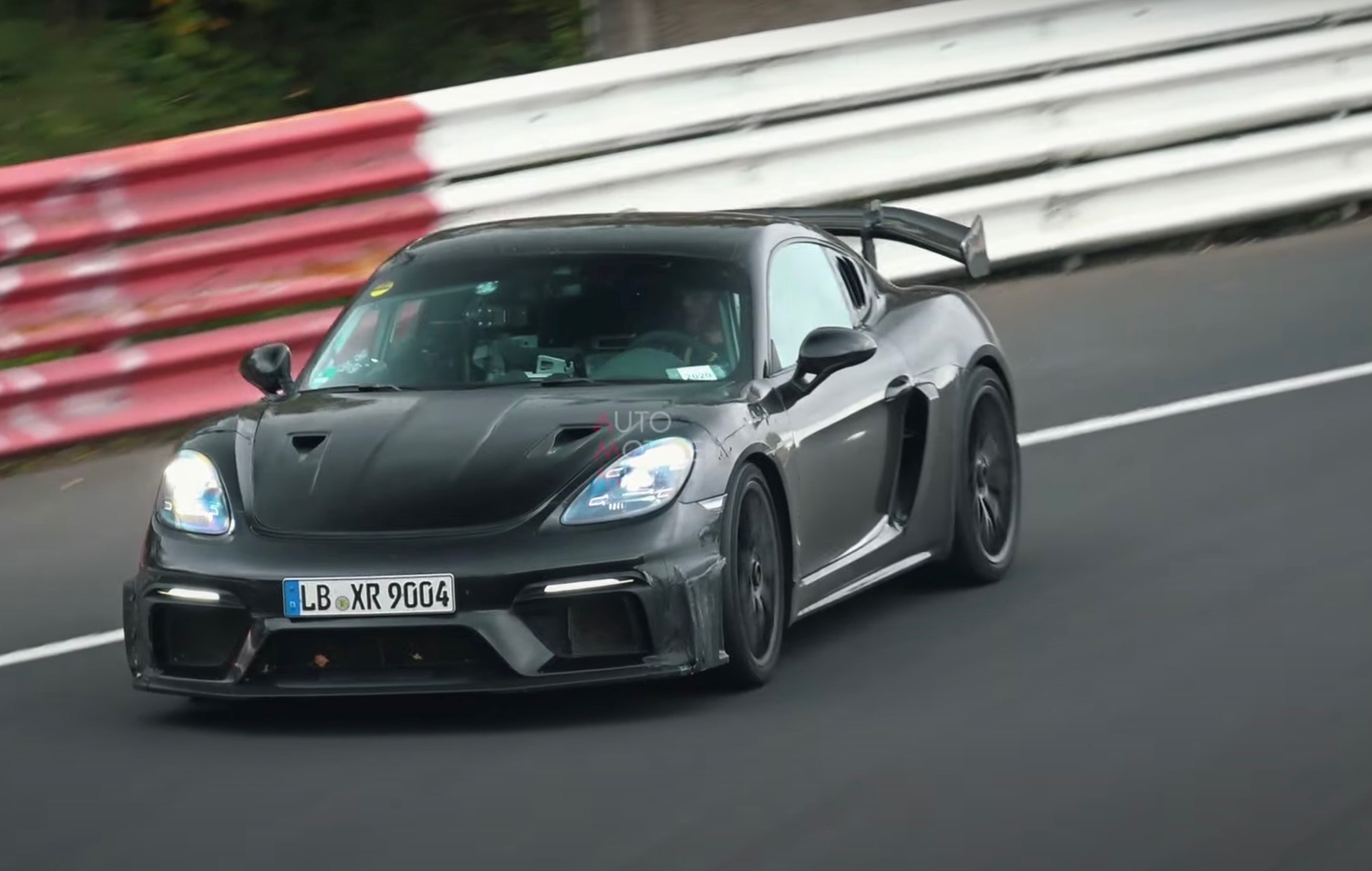 Porsche has been spotted testing a prototype version of what can only be described as a 718 Cayman GT4 RS. This is set to come in as an even more hardcore version of the GT4, and a little brother to the 911 GT3 RS. 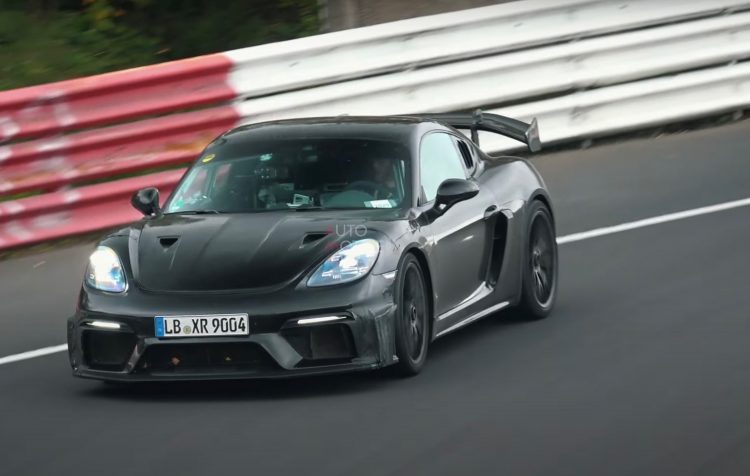 So, the first thing you might notice in the spy video, thanks to Automotive Mike YouTube channel, is that the prototype features a PDK dual-clutch transmission. We suspect this might be the only option for the RS, leaving the regular Cayman GT4 (review here) with manual and PDK options.

Why a PDK only? Well, the RS badge is usually only applied to the most serious of track-ready monsters from Porsche. In other words, it’s all about absolute speed and track times. And for the quickest times, a dual-clutch transmission is effortlessly quicker.

The prototype captured also appears to be wearing a revised aero package. You might notice the NACA-style ducts in the bonnet, like a racing car, and a deeper front spoiler and a massive rear wing. There’s also little intake snorkels in place of the rear side windows, likely feeding cool air to the engine.

We’re also expecting some carbon fibre parts to come in for the purpose of weight reduction, while the suspension will probably switch to a more hardcore setup with fully adjustable settings. Lighter weight wheels are also likely to hide bigger brakes.

As for the engine, the current 718 Cayman GT4 comes with a 4.0-litre naturally aspirated flat-six that develops 309kW and 420Nm. For the RS, power could be turned up to around 350kW, considering this engine is found in the GT3 RS. Although, the outgoing GT3 RS produces 383kW, but we doubt Porsche will match the two.

Porsche is yet to officially announce the new variant but it is expected to arrive some time next year. Click play below for a preview.