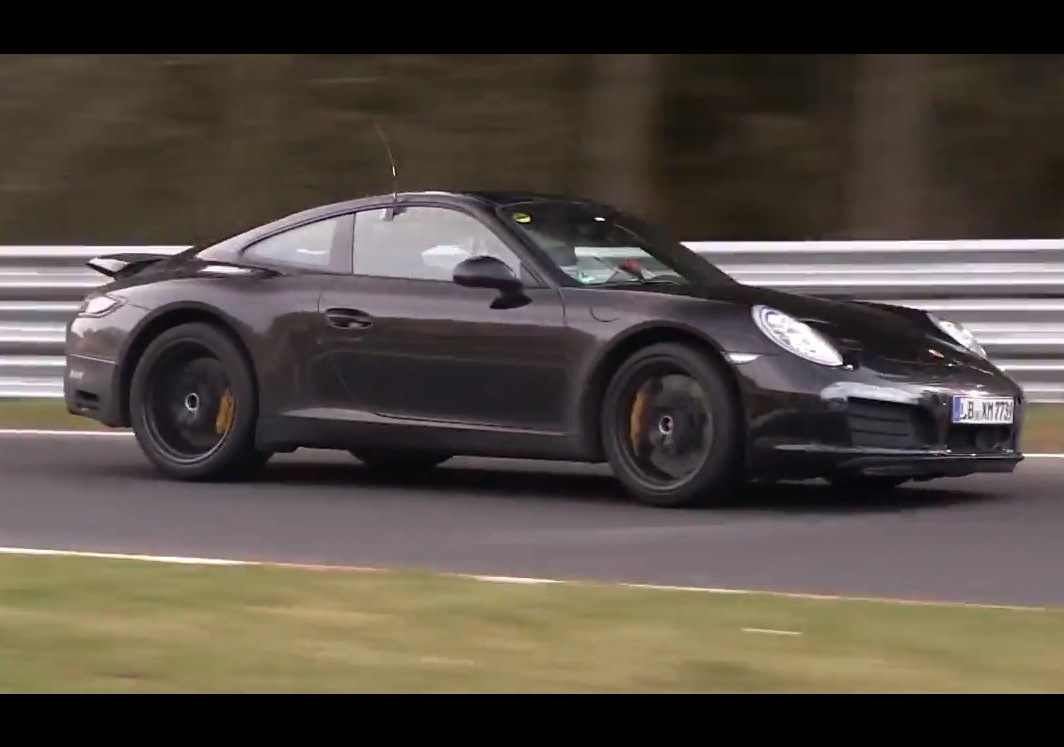 Porsche has been spotted test driving a rather interesting 991 911 prototype which many believe is powered by a new four-cylinder engine. This is the ‘series 2’ of the 991 model. 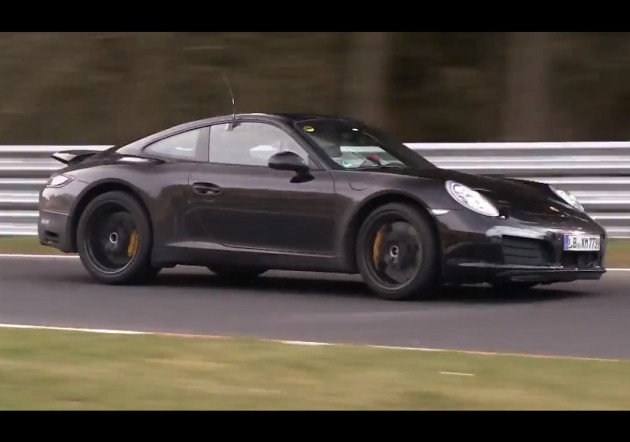 You can see various design updates, including new LED taillights, a slightly revised rear bumper bar with new vents in the lower corners, and a tightened up front end and lower lip section.

At the back you’ll notice a unique mesh engine cover. This area usually features a big horizontally tiered cover which doubles as a spoiler by automatically lifting out at speed. The mesh could be the first indicator of a four-banger sitting underneath. 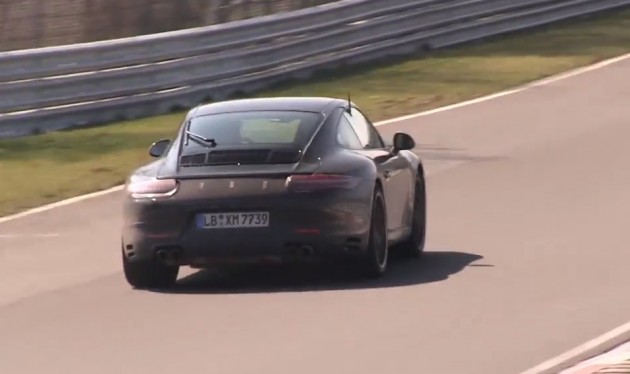 Porsche recently confirmed it is working on a new four-cylinder engine, however, it is going to be used in the next-gen Boxster and Cayman. Is Porsche working on an entry-level 911 with a four-cylinder? It’s too early to know for sure.

Click play below and have a listen. What do you think? Does it sound like a four-cylinder? It doesn’t seem to have the thrum of a six in our opinion.