The ‘first presentation’ video of the new 2013 Volkswagen Golf Mk7 has been revealed online. Various details are confirmed in the video, including a 100kg weight reduction, and cylinder-deactivation technology helping to improve economy by up to 23 per cent over the current model. 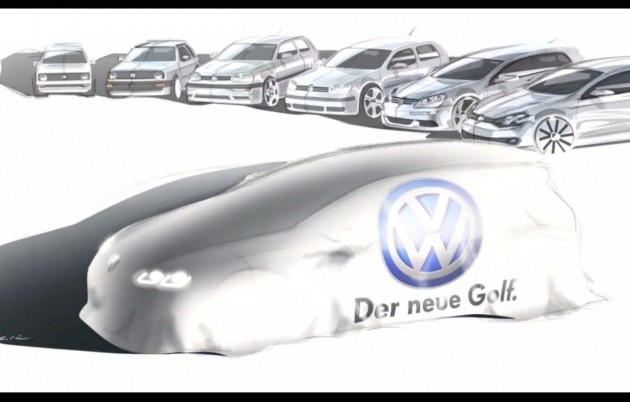 As previously reported, the new Mk7 Golf will get a limited-slip differential setup with a locking function for improved traction, and increased cabin and boot space over the current model.

The new Golf will also feature a segment-first ‘Multicollision brake’ technology to drastically improve safety. The system applies the brake on first contact to reduce the chances of a second after-effect accident occurring. 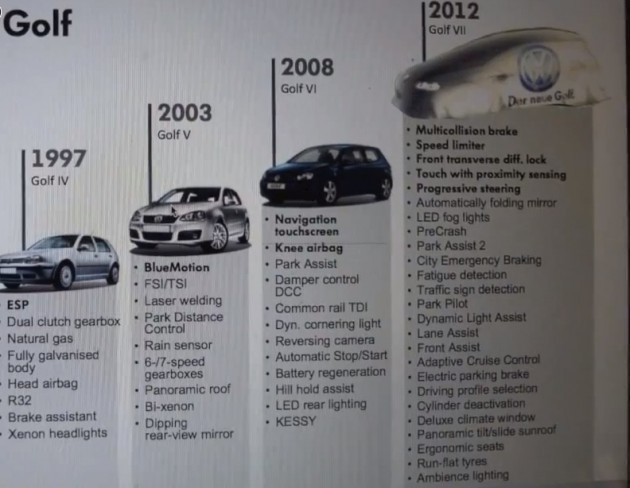 As revealed/confirmed in the video, the new Golf will feature a number of other advanced new safety technologies as well, including fatigue detection, adaptive cruise control, PreCrash, and City Emergency Braking.

Being the all-new Golf – one of the most popular vehicles in the world – this model is going to be one to look out for in the near future. If you’re almost ready to be in the market for a new small hatch, if you can, you might want to wait until 2013 to take a look into the Mk7.

Click play on the video below for an early taster. All will be revealed on September 4. Details of the sporty hot hatch Golf GTI Mk7 are expected to be uncovered in the coming weeks as well.