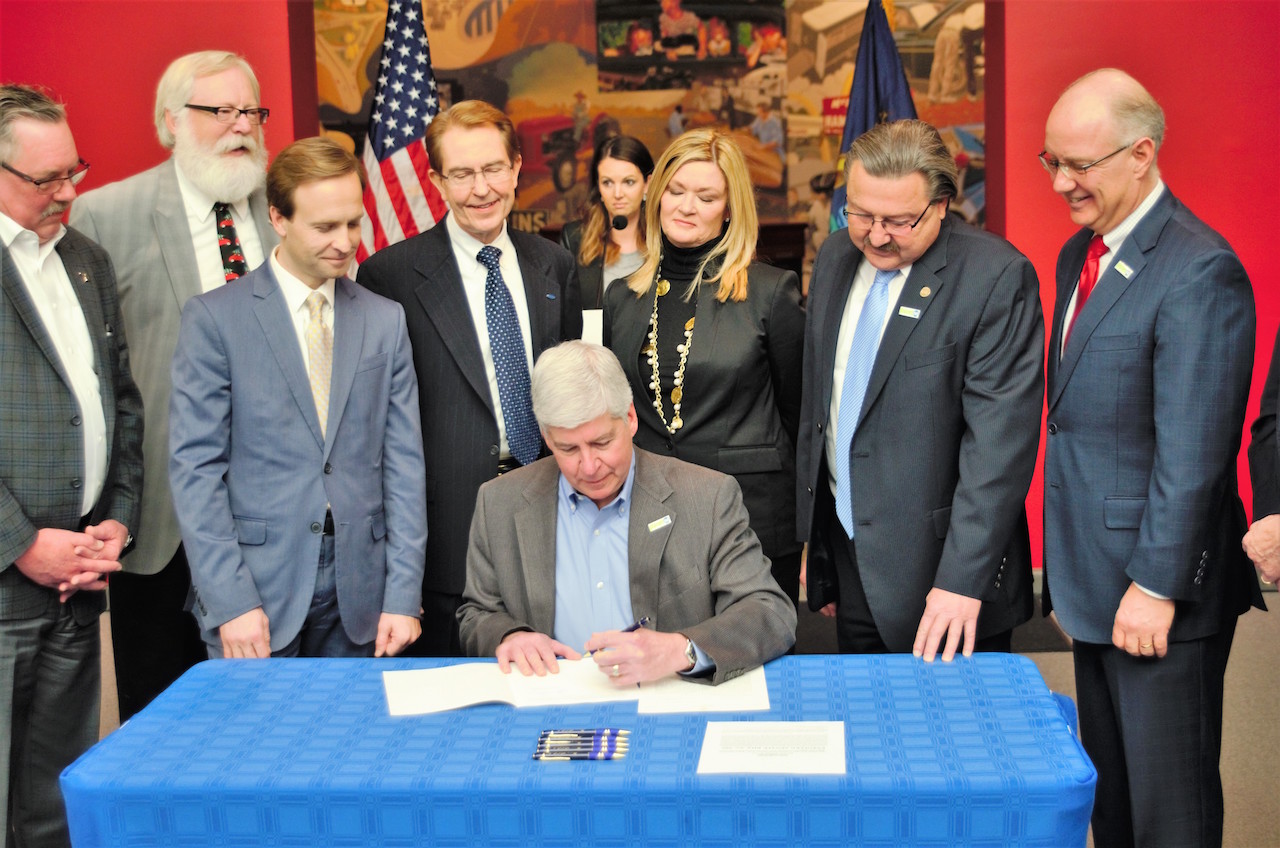 The state of Michigan in the US, home to the big three manufacturers, has officially approved bills to allow autonomous vehicles on public streets. 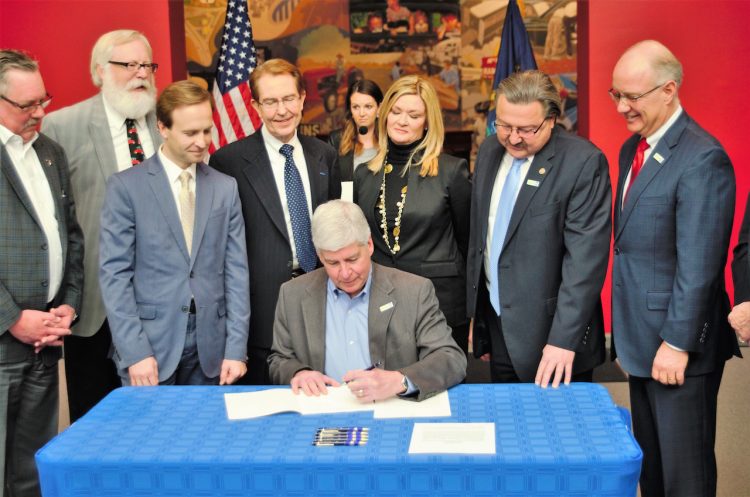 A series of four separate bills were signed into law by governor of the state, Rick Snyder, who stood beside executives from Ford and General Motors, as well as the bill’s major sponsor, Senator Mike Kowall.

The new legislation also has some unprecedented clauses, which include no longer requiring the vehicle to have an occupant inside, nor a steering wheel or pedals. Before the signing, the state of Michigan permitted only the testing of autonomous vehicles on public roads. Governor Rick Snyder said:

“We are becoming the mobility industry, shaped around technology that makes us more aware and safer as we’re driving. By recognising that and aligning our state’s policies as new technology is developed, we will continue as the leader the rest of the world sees as its biggest competition.”

Manufacturers have up until this point been forced to use the Mcity facility at the University of Michigan campus, a 32-acre real-world environment closed to the public, for the testing of their autonomous vehicle technology.

The legislation has in the past been advocated by General Motors, Ford, Fiat Chrysler, Toyota, Google, Uber and Lyft.

In addition to allowing autonomous vehicles on the road, one of the bills passed, SB 995, allows a fleet of autonomous vehicles, or ‘platooning’ vehicles which travel at electronically controlled speeds on a pre-destined route. The long-term thinking of this law implicates ride-sharing platforms like Uber, Lyft, Google and even manufacturers like BMW who could use their vehicles for ride-hailing purposes, drop off a passenger and return autonomously to another destination.

The approval of the bills also marked the formation of the Michigan Council on Future Mobility, which sits within the state’s Department of Transport. The council has been formed to ensure decisions on policy “will keep Michigan ahead of the curve on regulatory issues that could impede new development,” according to a statement.

Another bill passed by Governor Snyder states that repair shops and their employees are not liable for damages that result from repairs, if the repairs were completed in line with a manufacturer’s specifications.

Michigan is arguably America’s most progressive state in respect to autonomous vehicles and future-thinking automotive concepts. The state has a 200km stretch of highway fitted with 100 dedicated short range communications (DSRC) units, that are used for vehicle-to-infrastructure communications. Audi last week previewed its advances in the realm of V2I technology.

We can probably expect autonomous vehicle technology development to be accelerated, especially as the big three will now be able to test systems in real world conditions more easily.