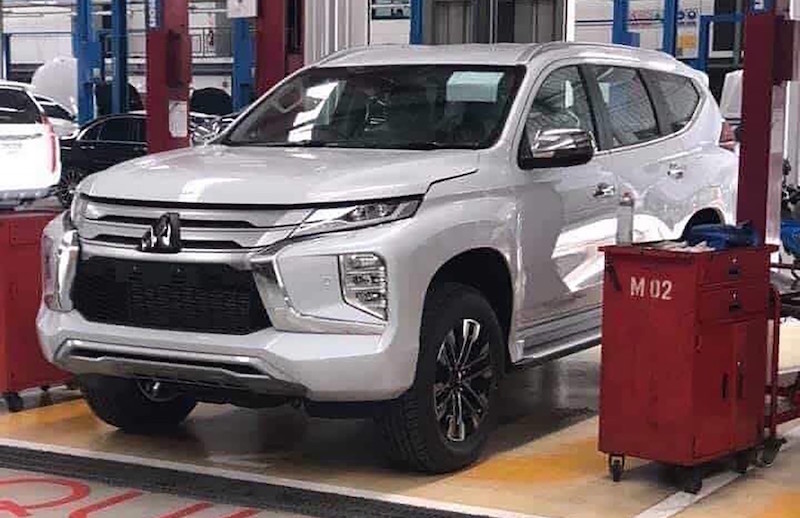 Images of the new 2020 Mitsubishi Pajero Sport have leaked online, giving us a first look at the facelifted SUV ahead of its official reveal next week. 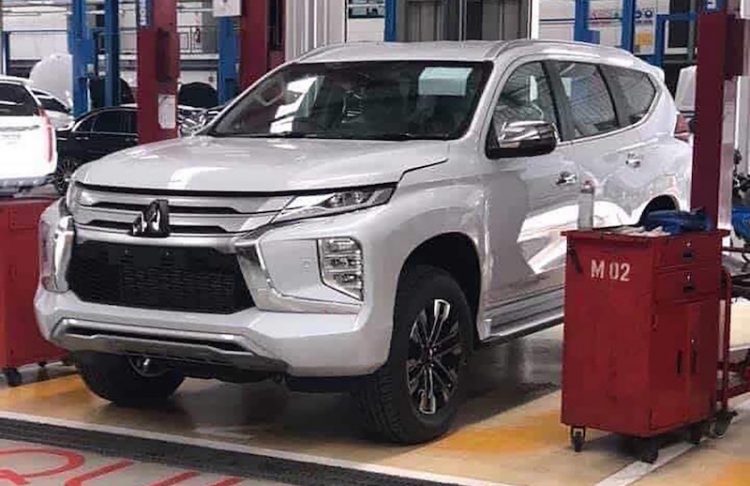 The images, surfacing on AutoIndustriya, show a finished example of the new model in what appears to be a workshop of some kind. They clearly show the new-look front end, which borrows heavily from the latest Triton. It includes the latest Dynamic Shield grille treatment at the front supported by bulging wheel arches.

Around at the back it does look pretty similar to the outgoing model. The same vertical taillights continue on, however, the lights themselves are likely to be updated and could include LED technology. It also looks like they might feature tinted lenses and revised casings to house the bulbs/diodes. Other than that it looks the same as the outgoing model, with a large chrome trim piece running above the number plate.

On this example the silver rear diffuser element appears to be revised a touch, incorporating textured chunks and red reflector pieces at either end. A black strip runs across to connect the two red reflectors. 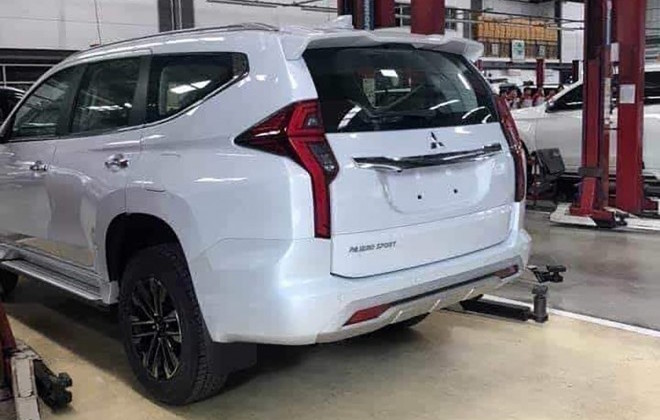 A sneaky photo of the interior reveals an updated touch-screen for the dash. The screen looks larger, particularly for height, and there are reduced buttons spread across the fascia. In fact, it looks like just two knobs are featured, with, potentially, the hazard lights button in the middle.

No further specs or anything have been revealed with the images. As far as we know the new model will carry over the existing 2.4-litre turbo-diesel four-cylinder, like in the Triton. There, it produces 133kW and 430Nm. Unlike the Triton the Pajero Sport will probably continue with its eight-speed auto as opposed to the six-speed auto in the Triton.

Mitsubishi is planning to unveil the new SUV on July 25. An Australian arrival is expected later this year. Stay tuned for the official debut. 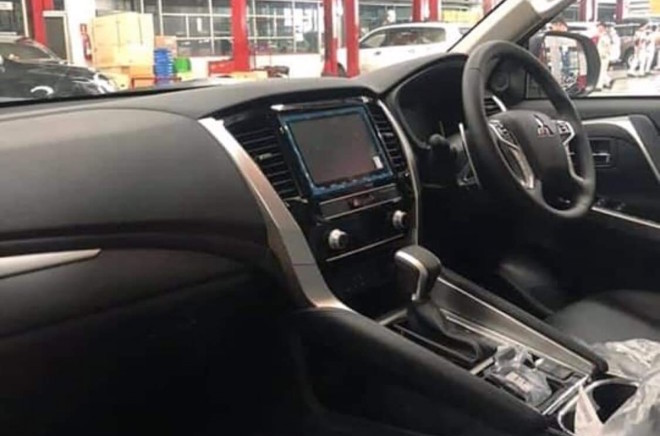