MINI has pulled the wraps off the pungent little MINI John Cooper Works Paceman. The two-door SUV, which MINI calls a ‘Sports Activity Coupe’, comes with all the performance you’d expect from JCW. 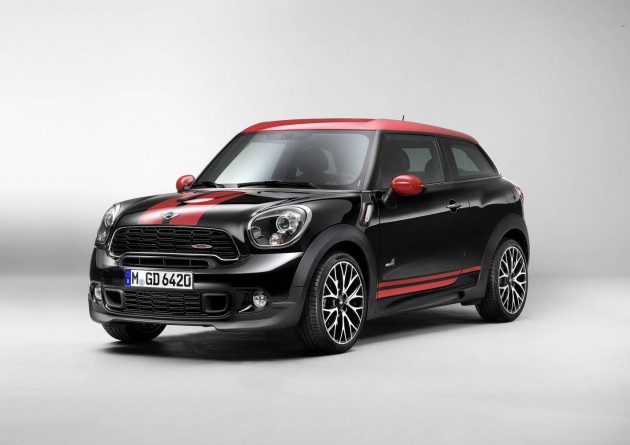 At the heart of the JCW Paceman sits MINI’s most powerful production engine. It’s a 1.6-litre turbocharged four-cylinder producing 160kW of power and 280Nm of torque (300Nm during overboost). The grunt goes through an ALL4 all-wheel drive system, helping it achieve 0-100km/h in 6.9 seconds. 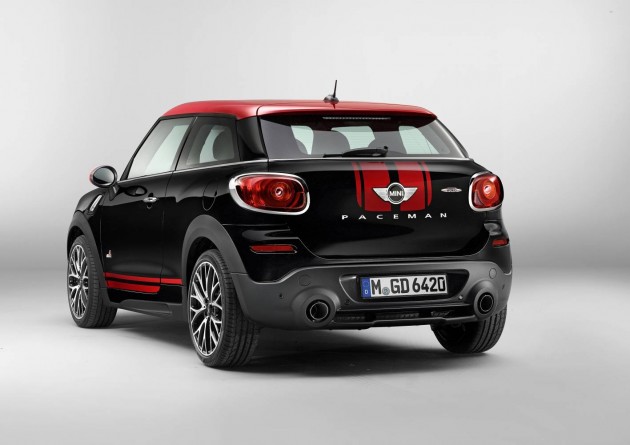 Like other JCW models in the MINI showroom, the Paceman version comes with a number of special sporty features, such as a full bodykit with front and rear spoilers, black-detailed 18-inch alloy wheels, lowered sports suspension (10mm), uprated brakes, and a pair of contrasting racing stripes over the entire body.

Inside is similarly dressed, with sports bucket seats, aluminium pedals, and a number of red highlights matching the exterior. There’s also a 260km/h speedo, piano black trimmings, and red stitching on most of the leather-covered areas.

The new model is expected to go on sale during the second-half of 2013. Pricing and official confirmation is yet to be announced.