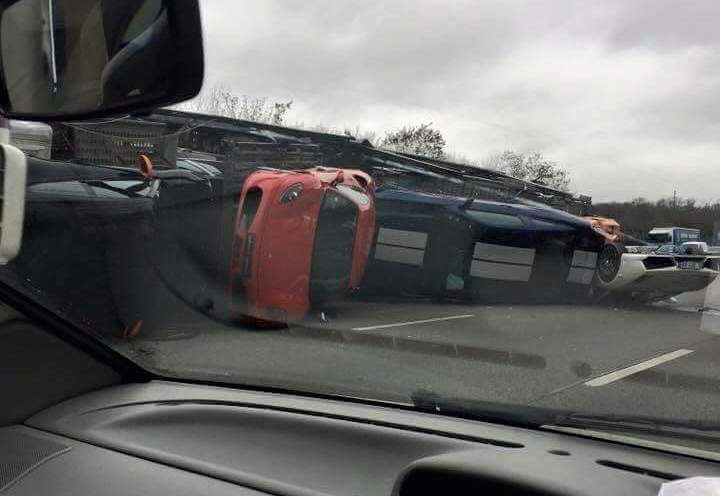 A truck carrying a number of delicious supercars and sports cars has overturned in France, spilling out exotica like dice being thrown onto the table at a casino. 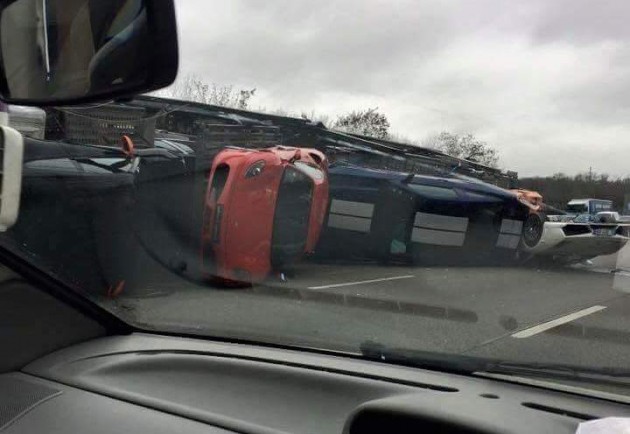 Aboard the truck were a Ferrari 430, a couple of Lamborghini Gallardos, a Ford Mustang GT500, and a Porsche 911 and Cayman. These were all damaged to varying extent in the spill.

The exact cause of the incident is not officially known at this stage, but it’s understood nobody was seriously injured. It looks like the crash did occur on a motorway of some kind, evident by the view of at least three lanes.

Strangely, the road appears to be quite straight so we’re not sure what could have happened here. The truck driver may have been cut off in one of the lanes, resulting in a swift-enough steering move to cause the entire outfit to topple. There’s also the possibility of a lapse in concentration by the driver, resulting in a similar outcome.

There’s no doubt the driver will have some explaining to do in any case, both to his/her employer and to the local authorities. The insurance company will also be asking many questions as this will be an expensive haul. 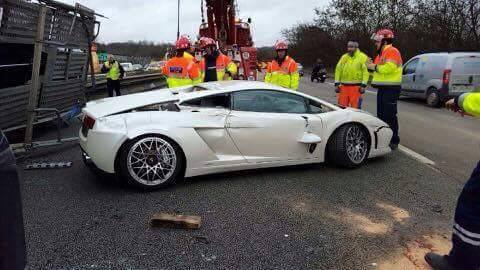 Fortunately, the cars look like they will live to see another day. Some of them will need more extensive repairs than others, but none of them appear to have suffered irreversible damage.