Mercedes-Benz has set a new world record by catching a golf ball in a Mercedes-Benz SLS AMG Roadster. The record was achieved thanks to David Coulthard and professional golfer Jake Shepherd. 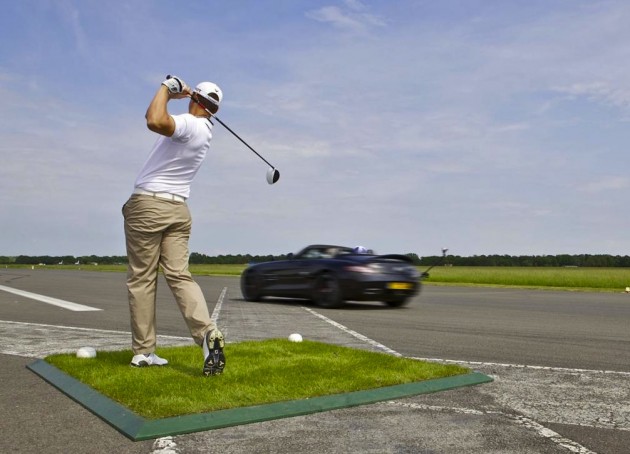 It sounds a bit ridiculous at first, but after doing the calculations, the golf ball landed in the cabin of the Roadster on the second attempt. The SLS flew past Shepherd at around 193km/h at the time of the tee-off, while the ball almost instantly accelerated to 286km/h.

After going through the air for approximately 275 metres, Coulthard was there in the Mercedes to catch the ball. Coulthard recently said,

“This world record attempt is definitely one of the most unusual things I’ve ever been asked to do with a car! Jake Shepherd was great to work with and the performance of the SLS AMG Roadster made driving to catch a mid-air golf ball even more exciting.”

So where’s the video proof? You might ask. Mercedes-Benz is keeping the footage for a marketing campaign which is set to launch in July. We’ll be sure to keep you updated as soon as it’s released.