Ferrari has released a video of the just-unveiled Ferrari 458 Spider being test driven by Fernando Alonso onto its YouTube channel. The new drop-top supercar features an automatic retractable hardtop roof adopting a unique space-saving design. 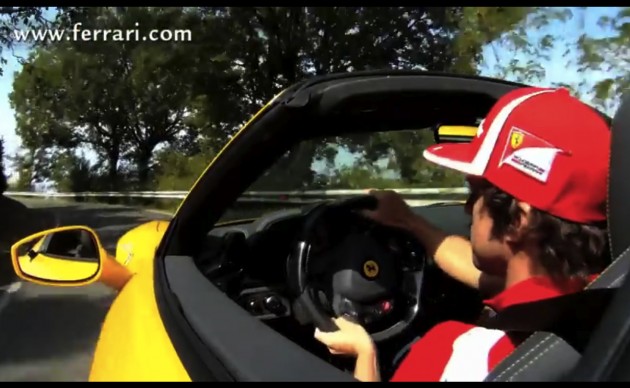 Ferrari unveiled the new Ferrari 458 Spider for the first time in public at a special function in Maranello, Italy. There were reports floating around earlier last month about the possibility of the Italian company developing a new drop-top version of the 458, but here’s all the proof you could possibly need.

Click play on the video below for a quick demonstration of the new Ferrari 458 Spider as Ferrari F1 Champion Fernando Alonso takes a stunning yellow example for a spin in some Italian mountains. You’ve got to love the sound of that 4.5-litre 419kW V8 engine.