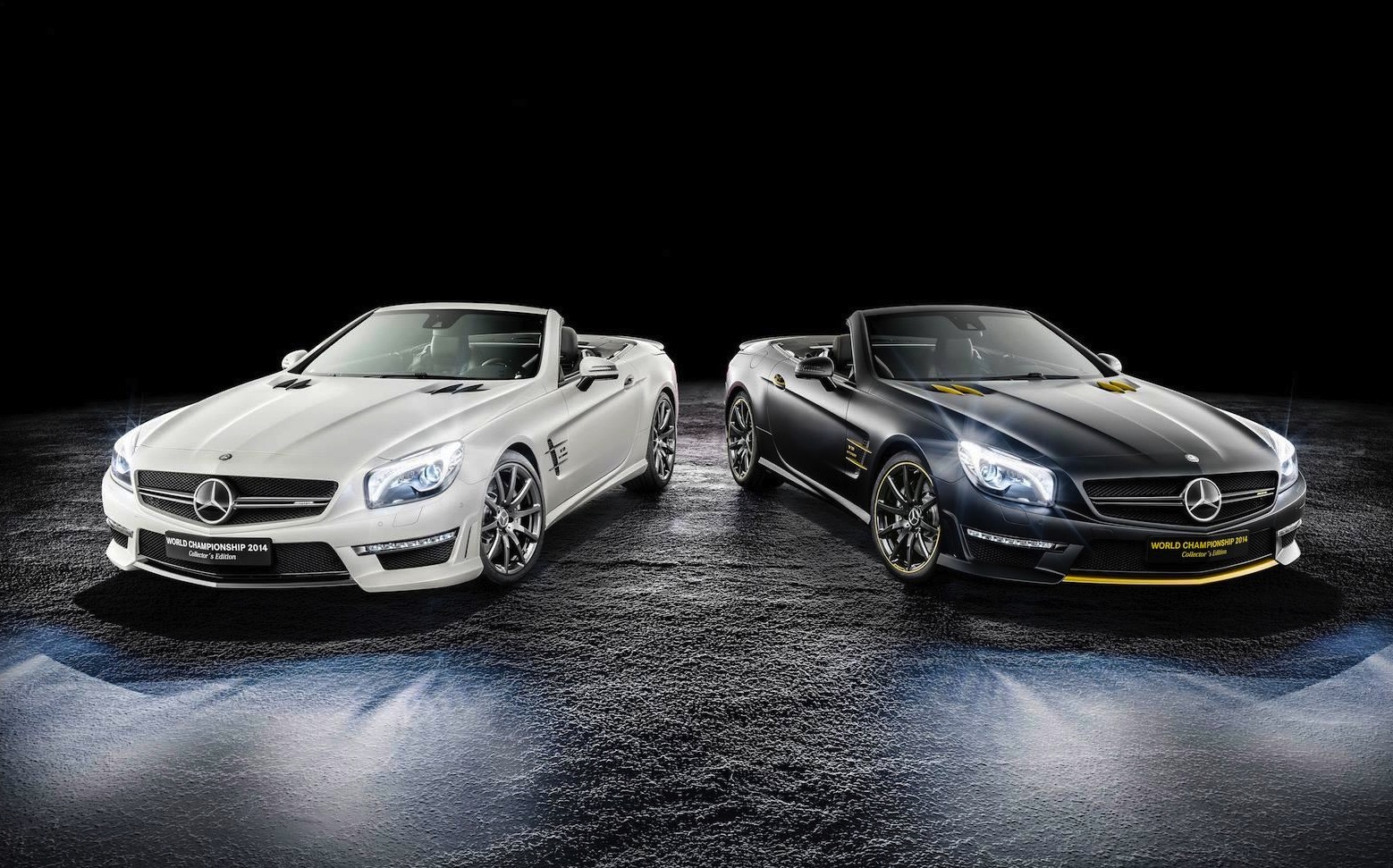 Mercedes-Benz had a blistering year in the 2014 Formula One season, and it would like to remind us all of its dominance with two special edition SL 63 AMG models which are co-designed by championship winner Lewis Hamilton, and teammate Nico Rosberg. 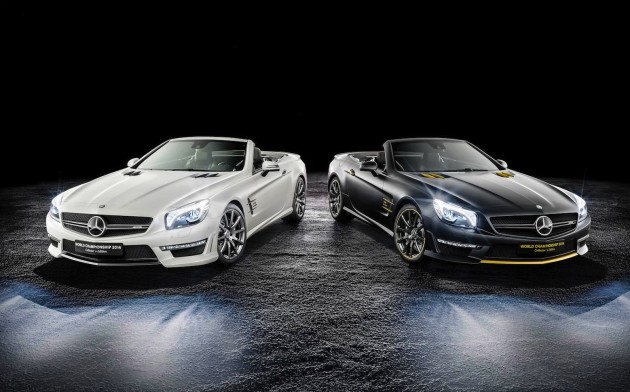 Mercedes is yet to confirm if the ‘Championship Collector’s Edition’ will receive any performance upgrades to the already mighty twin-turbocharged 5.5-liter V8, which produces 395kW and a whopping 800Nm of torque.

However, Mercedes has detailed their unique paintjobs, interior trim features and unique key-fobs that are sure to distinguish the Championship Edition from a plain-old SL 63 AMG.

The black model has had input from current F1 champion Lewis Hamilton and features the Silverstone Grand Prix track on the key fob, dashboard, center console and floor mats. The white model, as you can probably guess, is Nico’s model, with the Hockenheim Ring featured around the interior.

The new models were revealed at the ‘Stars & Cars’ event in Stuttgart, and will see production limited to just 19 units of the special edition SL 63 AMG. No price has been revealed, but with production so limited, these are sure to be hot items with collectors and the like.