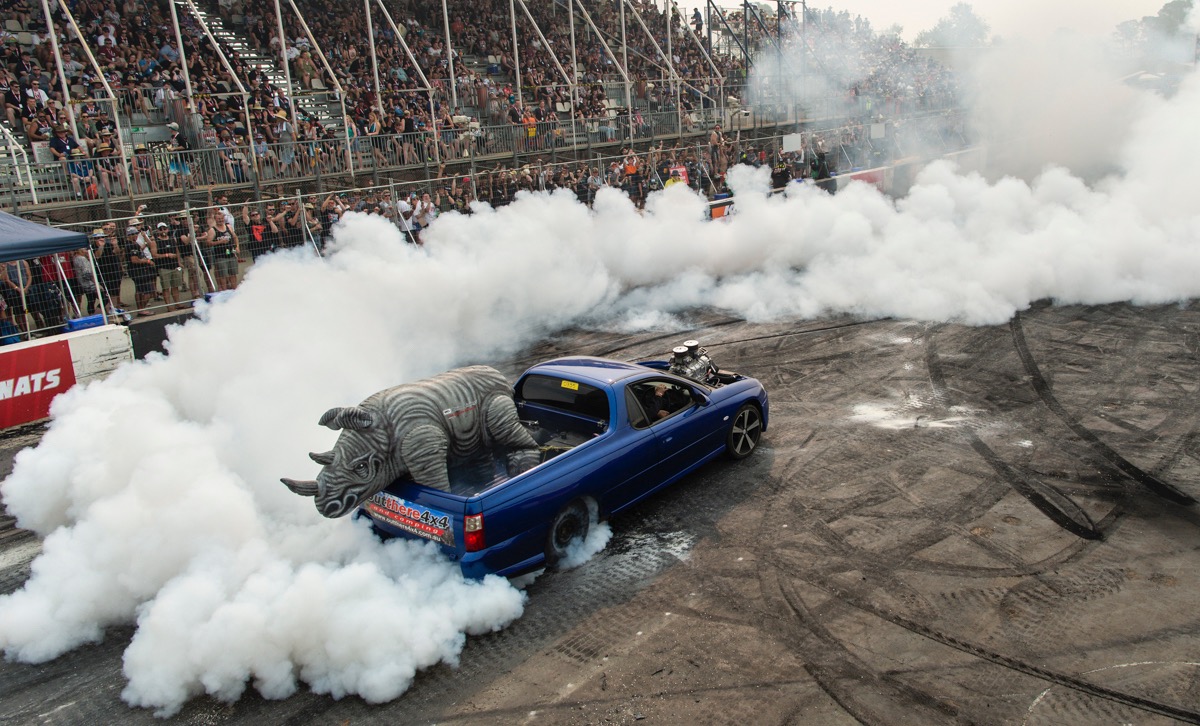 Australia’s biggest car festival is over for another year. The Street Machine Summernats 33 event in Canberra coincided with some terrible weather conditions and devastating bushfires in surrounding areas, but it didn’t stop enthusiasts from getting together and celebrating the annual event in true Aussie spirit. 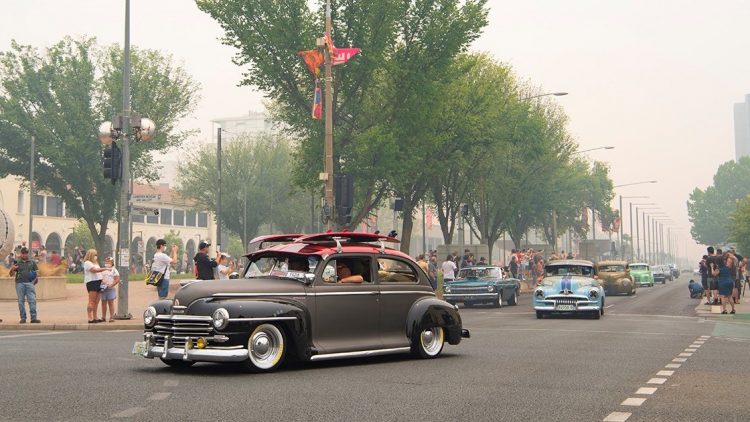 The four-day event opened to fans on Thursday, with a smoke-filled Canberra hardly putting anybody off. In fact, there were over 2200 vehicles entered, which was the second-highest count in the event’s history, with more than 100,000 spectators. It all kicked off with the traditional City Cruise, which saw hundreds of entrants brighten up the Federal Highway and Northbourne Avenue, as around 10,000 spectators watched on.

On day 2, Aussie band Airbourne was set to record a film clip for their new album Boneshaker, however, this was cancelled. In its place Summernats organisers offered a special presentation; a dyno run of the highest-ever horsepower recorded at Summernats. Dale Heiler and his Castle Hill Performance Holden VT Commodore set out to break the 3076hp record. The goal was 3500hp, and it pretty much got there. The hub dyno showed a maximum output of 3470.3hp. That’s 2588kW. Insane. (The run can be seen in the Day 4 video at the bottom of this story.) 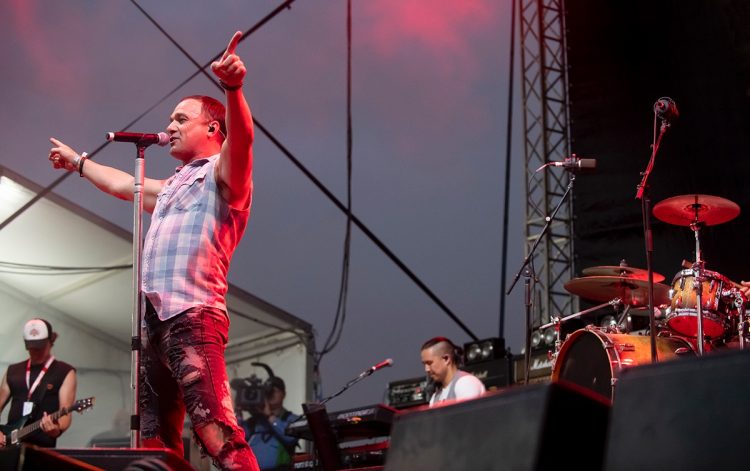 Speaking of dyno runs, the iconic Horsepower Hero Award, which goes to the highest power laid down by a road registered car, went to Maria Passos. Her 2003 Ford BA Falcon, known as RIP SS, produced an incredible 2202hp, or 1643kW. And to think it can be driven on the road. What a machine it must be. 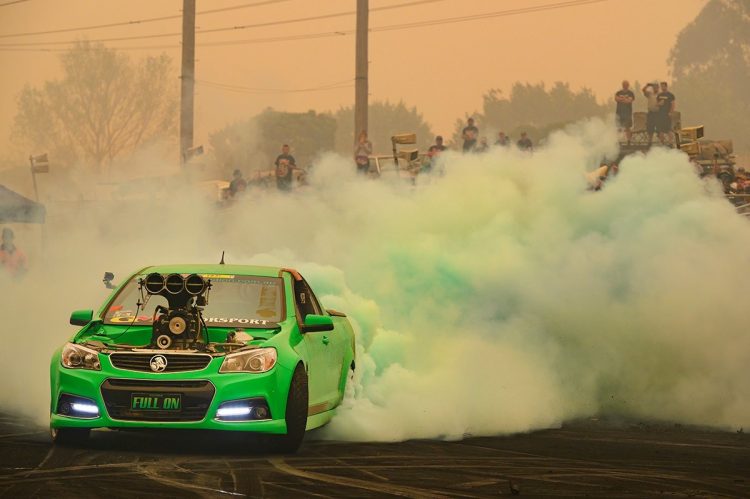 For those not entering the burnout competition, fans and entrants could once again demonstrate their burnout skills on Skid Row. This is a special concreted area within the grounds of Summernats that any entrant can head into and rip it up. The feature was only added last year and was a great success once again this year. The recently-added drifting exhibition was also a big attraction for fans. 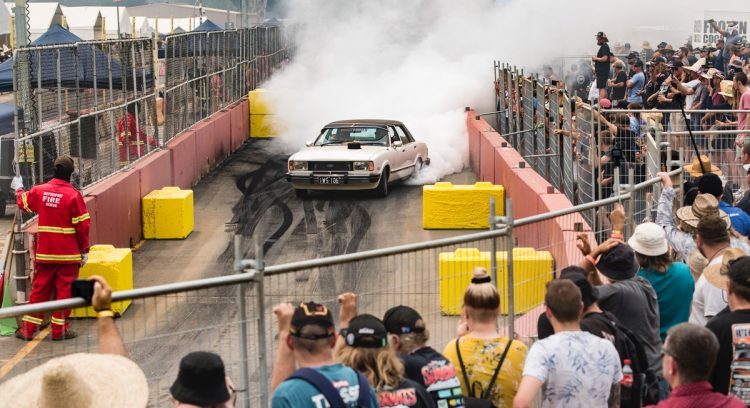 In the end it was Todd Sorensen that was awarded the prestigious and legendary Summernats Grand Champion sword. His stunning 1967 Chevrolet Impala Coupe took around ten years to build, featuring immaculate attention to detail, leaving a slightly subtle yet tough design theme. Todd said:

“To win the Summernats Grand Champion award with a street driven show car, it’s the Holy Grail of awards. It’s still sinking in really, I still can’t believe it!” 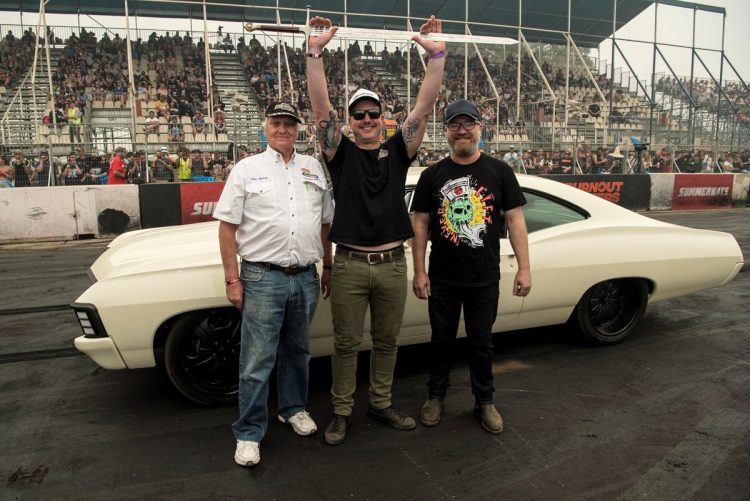 The People’s Choice Award, voted by the spectators and not by official judges, went to Gareth Lougher and his 1967 Holden HR Sedan. It was voted in by thousands of spectators, after enjoying its beautiful presentation during the event.

We’ve put together a mega gallery for you below so you can check out all of the action. We’ve also included four video vlogs by PD contributor Josh Bennis, who was representing Summernats and K&N during the event. Each video covers each of the four days, showcasing plenty of the highlights. Sit back and enjoy.

Summernats 34 has already been locked in for 2021, and will run from January 7-10. Early bird tickets are on sale now from the official Summernats website.