Mitsubishi has introduced the new-look MY2013 Mitsubishi Triton ute range to the Australian market. The model update brings added safety, a higher-output engine for the entry-level GLX, fresh exterior styling, and some revisions to the interior. 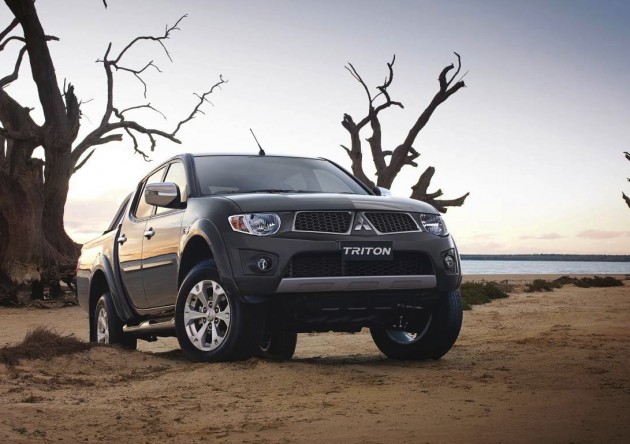 The ute market in Australia is the biggest in terms of passenger vehicles, taking up a whopping 15.7 per cent of all vehicle sales (VFACTS – January 2013). It comes as no surprise that a lot of manufacturers are looking to take a slice of the action, so to speak, and are coming up with more and more competitive packages.

For the MY2013 Triton, all double cab variants now include side and curtain airbags as standard, increasing overall passenger safety. The GLX 4×2 and 4×4 single cab, and entry-level GLX 4×4 double car also now come with the high-output 2.5-litre turbo-diesel, producing 131kW of power and 400Nm of torque (manual).

Other updates include silver accents inside the cabin, upgraded seat fabrics, while the sporty flagship GLX-R 4×4 double cab now comes with electric folding side mirrors and new front seats for increased comfort. The GLX-R can also be optioned up with the Luxury Pack, adding an electronic locking rear differential, a power driver’s seat, and an eight-speaker stereo system.

Full prices for the new range are as follows (excluding on-road costs):