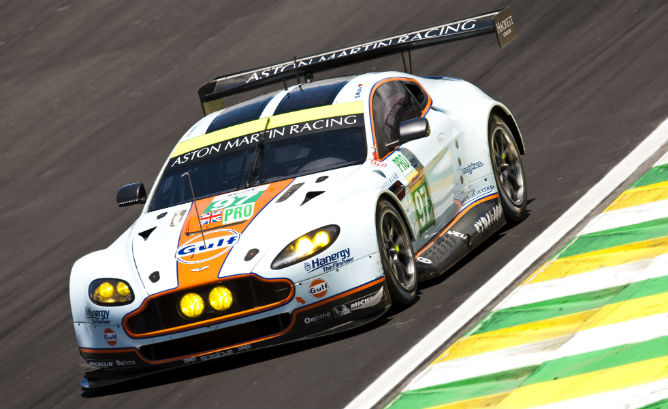 Aston Martin tested solar technology for the first time at the 6 Hours of Sao Paulo Endurance Championship race event over the weekend. The technology may soon trickle down into its road cars. 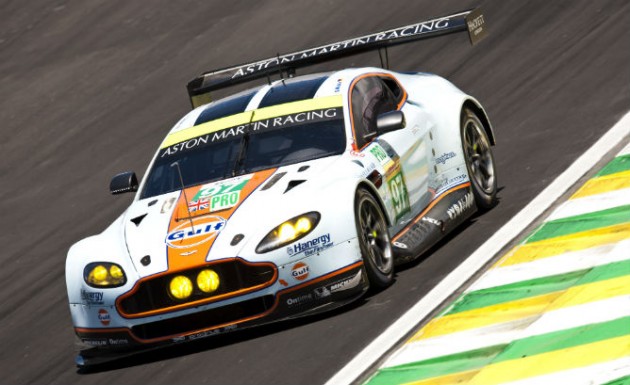 Aston Martin Racing teamed up with Hanergy Thin Film Power, headquartered in Beijing, for the test project, and was seen flaunting solar panels on the roof of its Vantage GTE at the weekend’s FIA World Endurance Championship (WEC) in Sao Paulo.

The team used a practice session before the race to test a V8 Vantage GTE using energy from the sun to power its auxiliary systems. Dan Sayers, Aston Martin Racing technical director, said

“The idea behind the solar technology project is to help develop and demonstrate the potential of the Hanergy thin film photovoltaic panels for use on both race and road vehicles. The electricity generated by the cells can then be used to power auxiliary systems, for example the air conditioning system, that currently consume power from the engine.”

The thin film solar panels were designed and manufactured by Hanergy Thin Film Power and have been installed on the roof of the Vantage for the last four rounds of the WEC. The team connected the panels and began collecting data only last weekend.

In terms of race technology, this may be invaluable as it makes existing auxiliary technology more efficient and self-sustainable. As for the road, Aston Martin could potentially use this technology to power things like electrical systems and air-conditioning units in its future production cars.

Despite the recent downsizing and turbocharger moves that have been made by various manufacturers, Aston Martin has stuck to its guns and continues to offer only naturally aspirated engines in its range of road cars. With the help of solar technology it could reduce its overall carbon footprint and lower its showroom average fuel consumption figure.