Tuning specialist MKB has announced a new tuning package for the latest Mercedes-Benz GL-Class, which makes it, possibly, the nastiest of wolves in a sheep’s clothing. Meet the Mercedes-Benz MKB P 670 Biturbo V12. 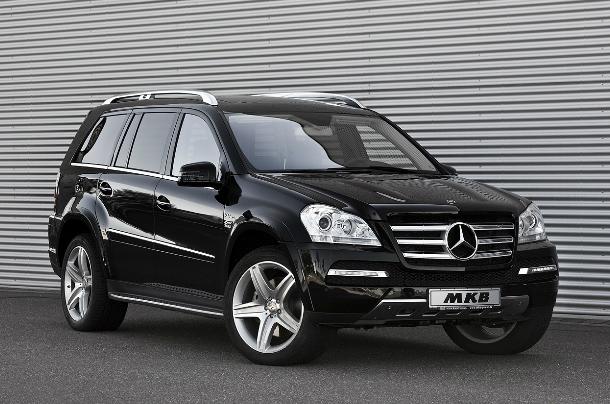 The Mercedes-Benz GL-Class is not really the sportiest of vehicles when thinking of a Mercedes-Benz model. It’s the largest mainstreem vehicle in the company’s lineup actually, presenting a extra large SUV/wagon-style layout. And there is no Mercedes-Benz GL AMG edition to choose from.

That’s where MKB steps in. The company has managed to squeeze under the bonnet a revised version of the twin-turbo V12 Mercedes-Benz engine seen in various top-shelf Mercedes-Benz AMG models. Did we mention MKB tunes more power from the already epic unit?

The Mercedes-Benz GL MKB P 670 Biturbo retains the 4Matic all-wheel drive system and automatic transmission of the standard Merc setup, although MKB says some revisions had to be made to cater for the V12 installation.

Looking at the beast from the outside you’d have no clue as to what power lies beneath. Is this the ultimate urban ‘soccer mum’ sleeper or what?