The first-ever V8 Supercars round in the US will take place in May, using the new Circuit of the Americas track in Texas. It’s now been confirmed the weekend will adopt a similar format to the Pukekohe round in New Zealand. 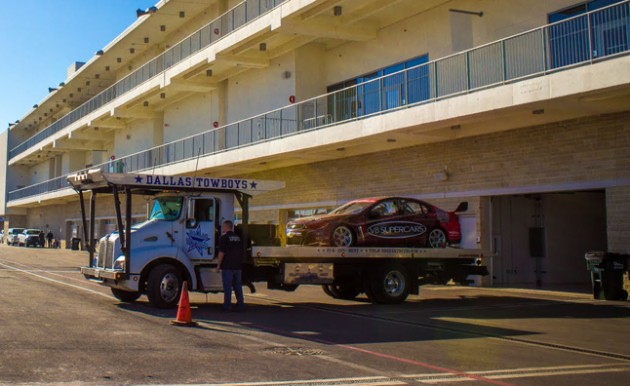 For the V8s, they will use a 3.7km version of the 5.5km track, called the National Circuit. The round will consist of four races over the weekend, with two 100km races on each Saturday and Sunday.

Located in Austin, Texas, the hilly track has only been around since 2012. It was designed partly by Hermann Tilke, the man behind Sepang and Shanghai F1 circuits, and the redesigning of Hockenheimring and Fuji Speedway.

It features various dips and crests which should make for some interesting racing. It also features a long straight which could open up great overtaking opportunities.

The US event will be the fifth round on the V8 Supercars calendar, taking place on the weekend of May 17 to May 19.