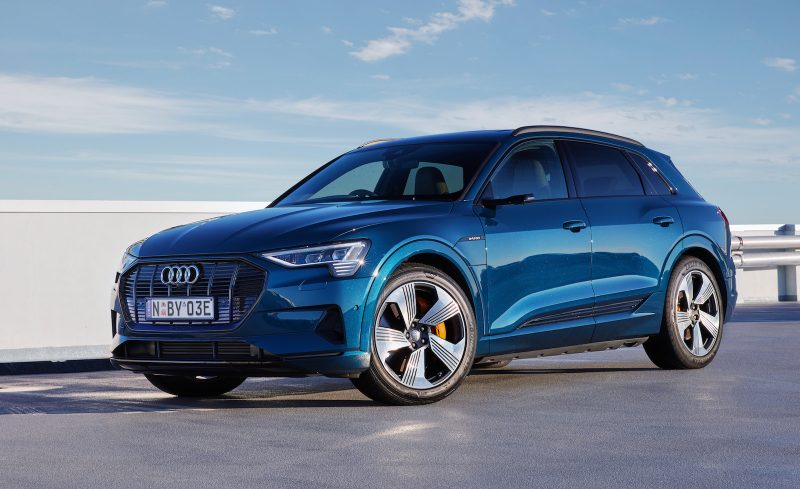 The fully electric Audi e-tron and e-tron Sporback have finally been officially announced in Australia following some delays, with full prices and specs confirmed for the local market. These are the company’s first fully electric models in Australia. They compete with the likes of Jaguar I-PACE, Mercedes-Benz EQC, both of which have been on sale for a bit now, and the upcoming BMW iX3.

In Australia there are two main powertrain options for both the e-tron SUV and e-tron Sportback SUV; the 50 quattro and the 55 quattro. There’s also a special First Edition of each, based on the 55. However, these are available for a limited time only. As standard all models come with the MMI Navigation Plus system with MMI touch, incorporating a 10.1-inch touch-screen for the infotainment and an 8.6-inch screen for the vehicle settings. Android Auto and Apple CarPlay are standard, along with wireless phone charging and a total of four USB charging ports throughout the cabin.

Boot space is measured at 660L in the regular SUV version, while the Sportback is reduced to a still-respectable 615L. Given that there is no engine under the bonnet, an additional 60L is available up front. All models have a towing capacity of 1800kg. “Sophisticated refinement has always been a truly Audi expression of driving progress and innovation, and this has never been more evident than in the form of our first-ever electric vehicles: the Audi e-tron and e-tron Sportback. This is Audi engineering at its finest: bringing future mobility to life in a way that is impressive, yet familiar enough for customers to be thrilled by their very first experience.”

The new models go on sale from June 19 from the following prices (excluding on-road costs), with the first deliveries set to arrive in September.