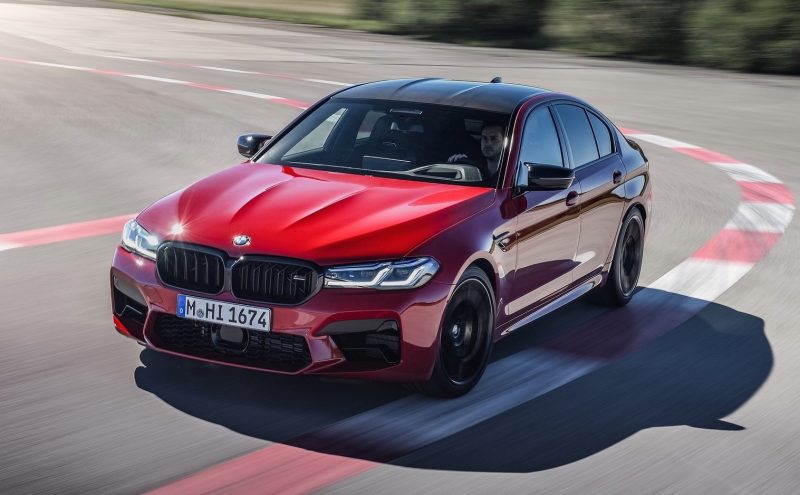 Soon after the debut of the 2021 5 Series LCI facelift, BMW’s M division has applied a similar update for the 2021 M5 super sedan. In short, it brings in technology updates, styling tweaks, chassis refinements, and some simplified controls. 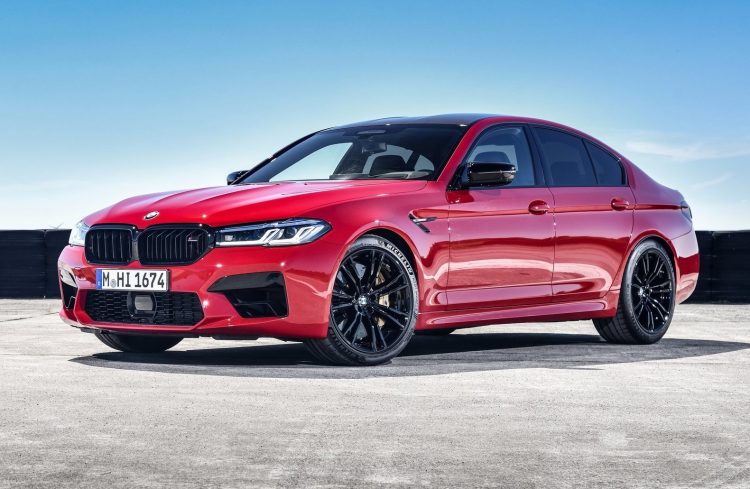 Like the updated 5 Series, the new M5 brings in an updated set of kidney grilles for the front end. These drop lower down into the front apron than before, and a single-piece gloss black trim surrounds the frames. Lower intakes are provided lower down, helping to give the stately sedan a more aggressive face but also aiding cooling and performance. A hexagonal intake resides in the middle and feeds the oil cooler while housing the radar sensor system.

Fresh L-shaped light tubes run through the updated headlights, and buyers can option up to the new BMW Individual Shadow Line lights for a dark-tinted theme for the BMW Laserlight system. An aluminium bonnet, front guards with special M gills, aero side mirrors, and carbon fibre roof continue as trademark elements of the M5. Around at the back are some new LED taillights incorporating the latest L-shape pattern, with a revised diffuser element lower down. 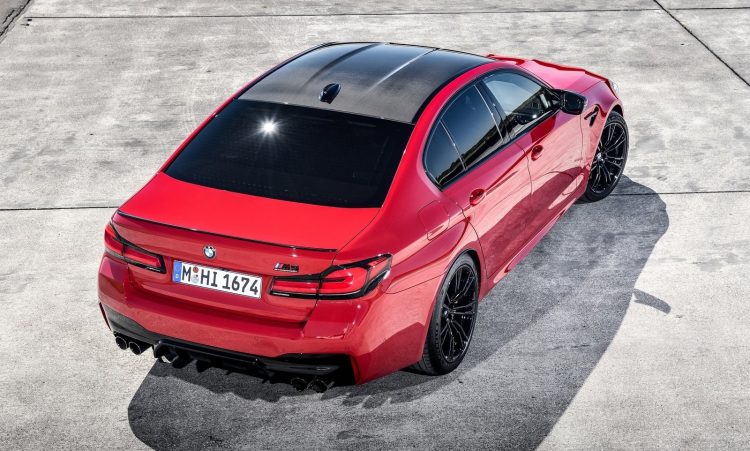 What sort of hardware changes has BMW made? Well, the 4.4-litre twin-turbo V8 carries through from before. In Australia only the M5 Competition variant will be offered, which produces a mammoth 460kW of power and 750Nm of torque (standard version continues overseas with 441kW). It can propel the sedan from 0-100km/h in a claimed 3.3 seconds, with 0-200km/h coming up in just 10.8 seconds.

The switchable 2WD/4WD drive system remains, using M xDrive technology and an Active M Differential. Drivers can toggle between various driving modes, including Comfort, Sport, Sport+, and DSC Sport. Grip comes from 20-inch forged alloy wheels wearing 275/35 tyres on the front and 285/35 on the back, in the case of the Competition variant.

New for 2021 is a retuned suspension setup, with new dampers taken from the M8 Competition, a 7mm drop in ride height, and fine-tuning of the springs to provide extra comfort when needed, while also improving handling during performance driving. In Australia the M5 Competition comes with M Compound brakes as standard to ensure excellent stopping power. 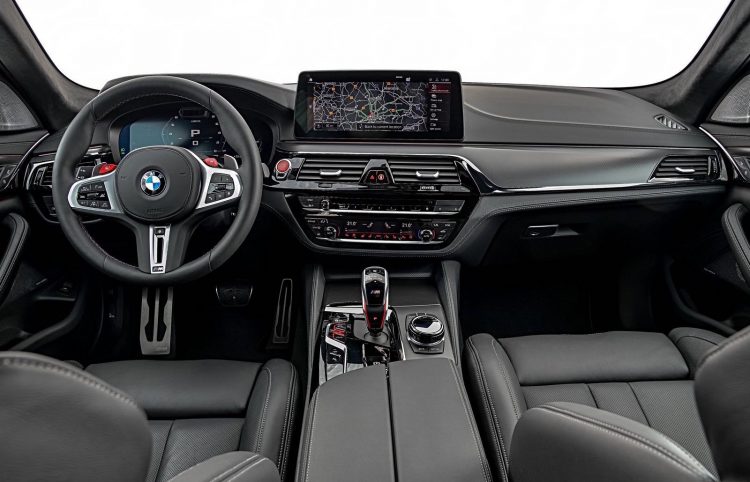 Inside, the new model features a 12.3-inch high-definition media interface running the latest 7.0 operating software, while two new buttons are introduced for the centre console that provide easy access to settings and display details for the instrument cluster and head-up display. There’s also a new M Mode button so the driver can select between Road and Sport settings. The Sport setting can be configured by the driver, while the Road setting ensure all safety systems are activated.

BMW Australia confirms the 2021 M5 Competition will go on sale locally in October. It will be the only variant available – no non-Competition version. Prices and final specs will be announced closer to launch.