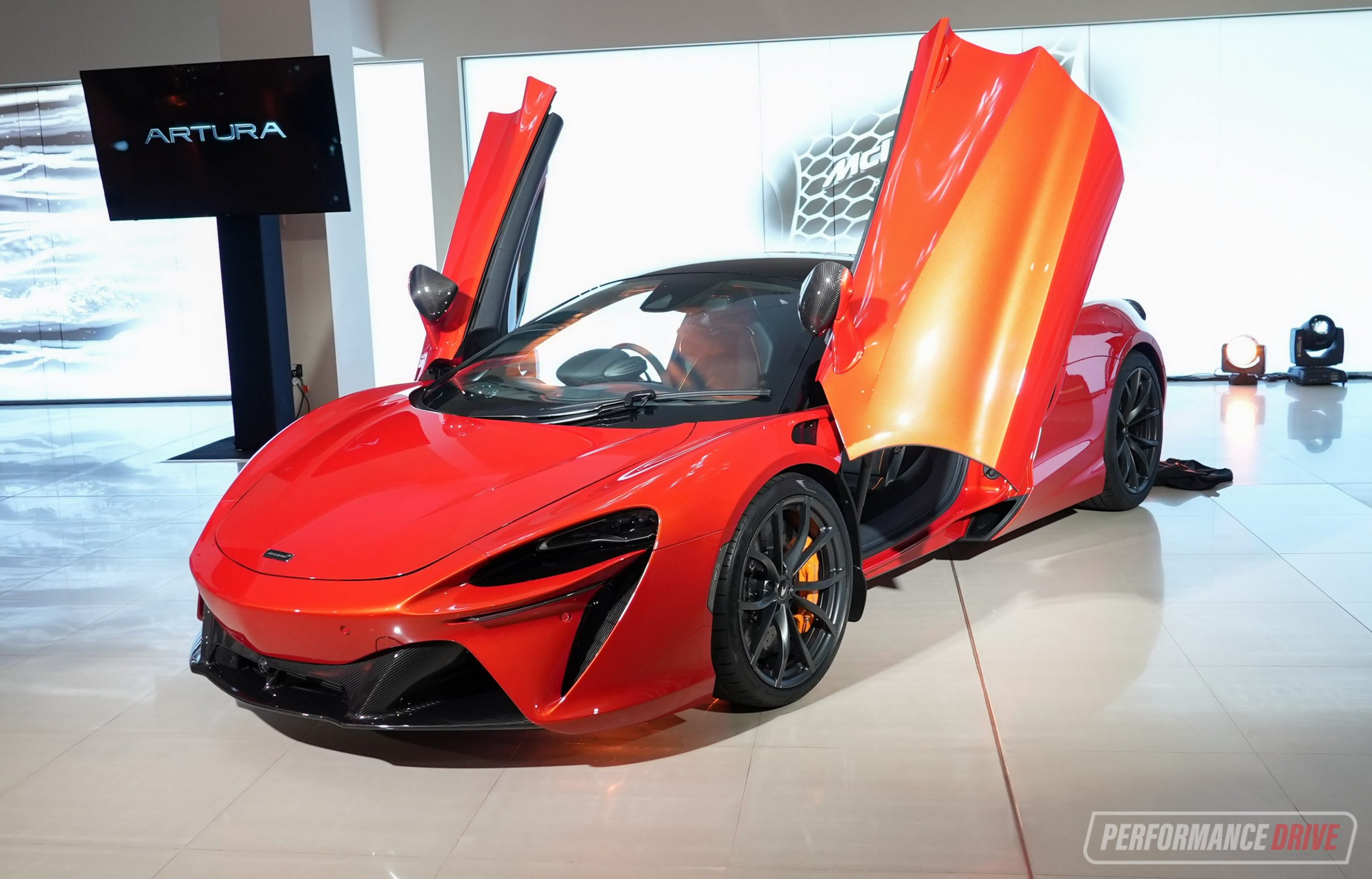 The all-new McLaren Artura has touched down in Australia for the first time, and is making its way around the country for its first local tour before customer deliveries commence later this year. 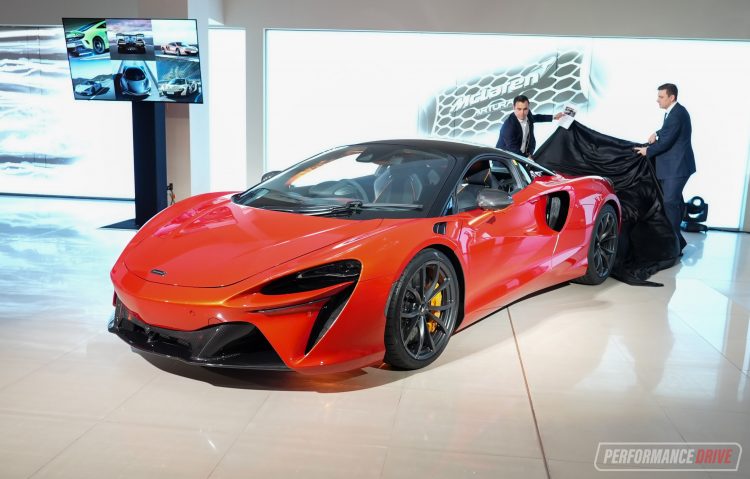 It’s the dawn of a new era; the hybrid supercar. We’ve seen what the exotic carmakers can do with electrified technologies in the hypercar world. But now that technology has trickled down to the less ludicrous and perhaps more attainable supercar world. The McLarn Artura is a perfect example of this, with Ferrari also set to introduce a V6 hybrid package in the near future.

The Artura is the company’s all-new core model, sitting right in the middle of the showroom range. Gone is a twin-turbo V8 and gone is the MonoCell carbon-fibre-intensive tub platform. Now there’s a 3.0-litre twin-turbo V6 hybrid and a new platform called the McLaren Carbon Lightweight Architecture (MCLA). 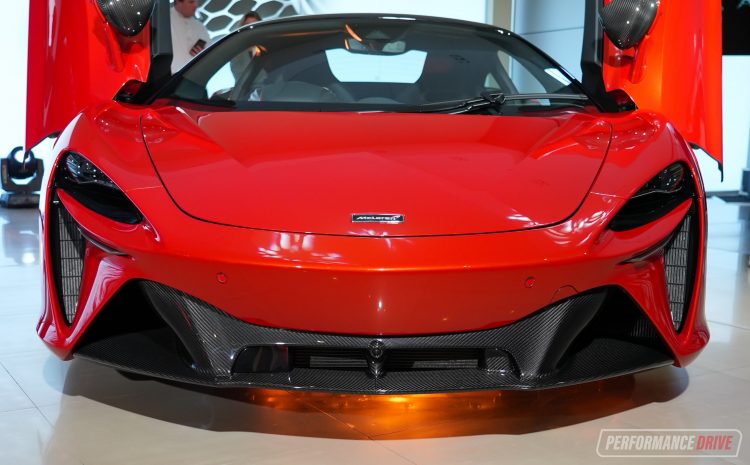 Don’t worry about losing any performance or agility. McLaren has made sure the Artura carries through the company’s renowned efforts in lightness, speed, and outright handling and aerodynamic prowess. In fact, it’s more powerful than its equivalent predecessor, the 570S, and it’s only around 46kg heavier.

That’s an impressive effort, especially the weight. Electric systems, such as batteries, are very heavy. Specifically, the battery pack here contributes 88kg to the Artura’s mass. And with the rest of the electrical gear, like thick chunks of wiring and the motor system, it builds up to 130kg. 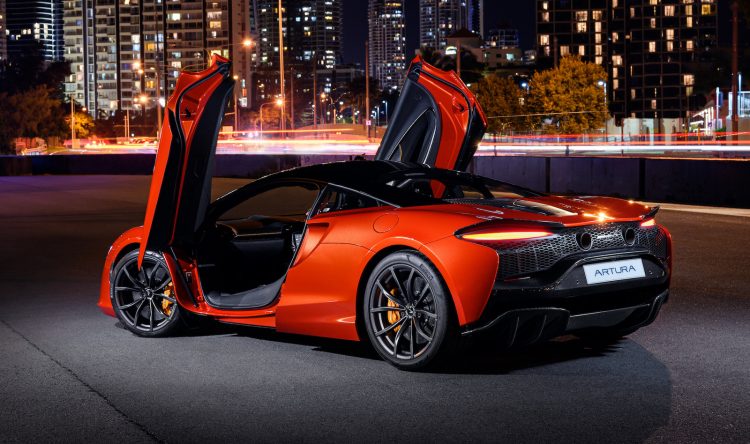 Unlike any of its predecessors, the Artura can be driven without using any petrol at all. Yep, drivers can engage an electric driving mode, one of many modes, which provides an emissions-free range of up to 30km. 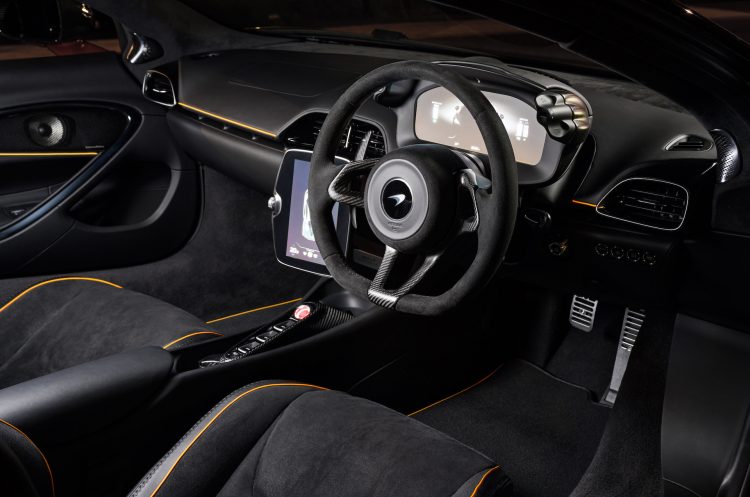 The electric motor provides 70kW and 225Nm, while the battery system offers a 33 per cent greater power density than the battery in the P1 hypercar. It can also be recharged via a conventional EV socket. This gives the Artura a wider breadth of versatility than any previous model, and of course fuel consumption and emissions are among the lowest in the segment.

Inside, the driver is treated to a typically clean and uncluttered cabin environment, with a new touch-screen media interface on the slightly skewed dash fascia, with another digital screen making up the instrument cluster. There’s also a new drive mode toggle on the cluster binnacle, and some storage is available around the centre console. 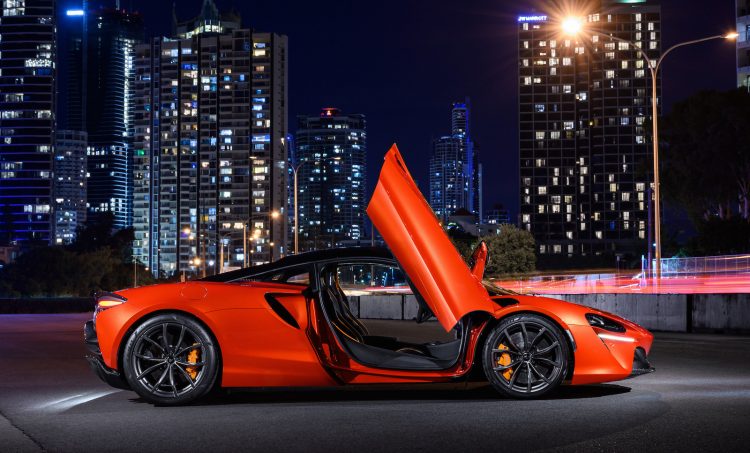 “Artura is the essence of this goal, delivering world class performance, driving engagement and dynamic excellence with the added enhancement of electric driving capability. Australia is a market full of intrigue for electric and new energy vehicles and we look forward to bringing our new Artura offering to meet local customer interest.”

Interested buyers can place an order for the Artura now, with prices starting from $449,500 (excluding on-road costs). The car is covered by McLaren’s five-year vehicle warranty as standard, with a six-year battery warranty and 10-year body warranty. Local deliveries are scheduled to kick off during the fourth quarter of this year.