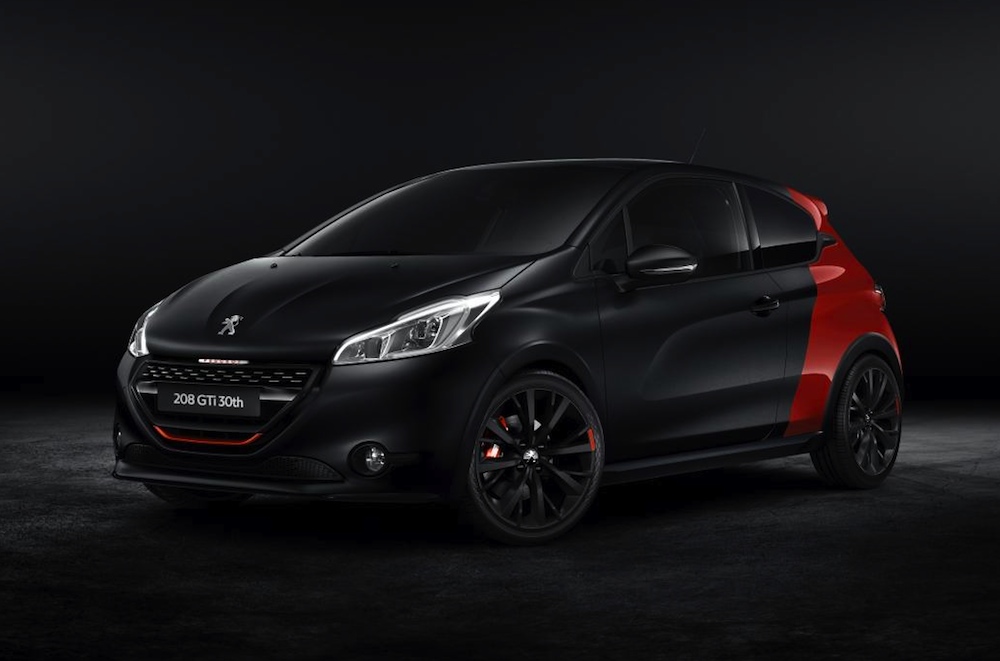 Peugeot has chosen the Paris Motor Show to unveil the 208 GTi 30th Anniversary Special Edition, built to celebrate the 30th birthday of the iconic 205 GTi. The hot hatch features a host of performance upgrades over the standard 208 GTi, as well as a special two-tone paint scheme and new 18-inch wheels. 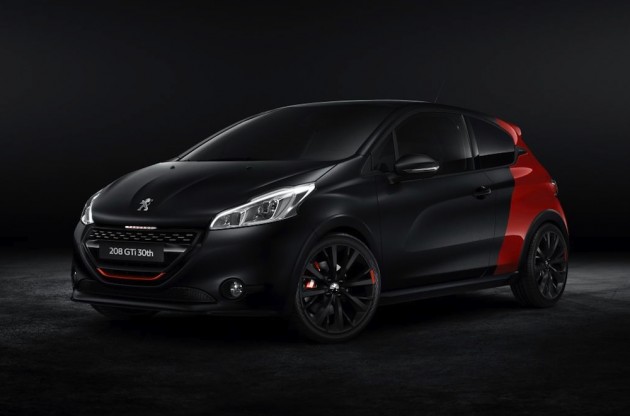 The 208 GTi’s performance numbers are 0-100km/h in 6.5 seconds, 0-1000 metres in 26.5 seconds, and 80-120km/h roll-on acceleration in fifth gear in 6.0 seconds. To help provide this performance the little French hatch uses a Torsen limited-slip differential (lifted from the Peugeot RCZ R) for maximum traction, and features recalibrated ESP and traction control to suit its sporty intentions.

The Peugeot Sport-designed front bucket seats are mostly trimmed with Alcantara and feature red stitching and red highlights. There’s also bespoke seat belts and red-trimmed floor mats. If the black and red paint work doesn’t tickle your fancy, buyers will also be able to choose from Pearl White and Ruby Red – colours of GTis from the past. 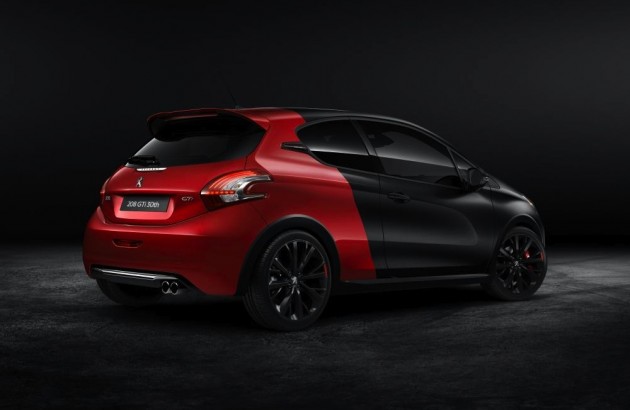 “Based on the 208 GTi, itself already a very effective and well powered car, our ambition was to focus on behaviour on the road, by further increasing its effectiveness. For this we have developed the traction and a potential for more grip, mainly on the front axle. The benefits are essentially in passing speeds, driving sensations and feedback.”

The regular Peugeot 208 GTi is currently on sale in Australia from $29,990. At this stage there’s no word if the special edition will be sold locally.