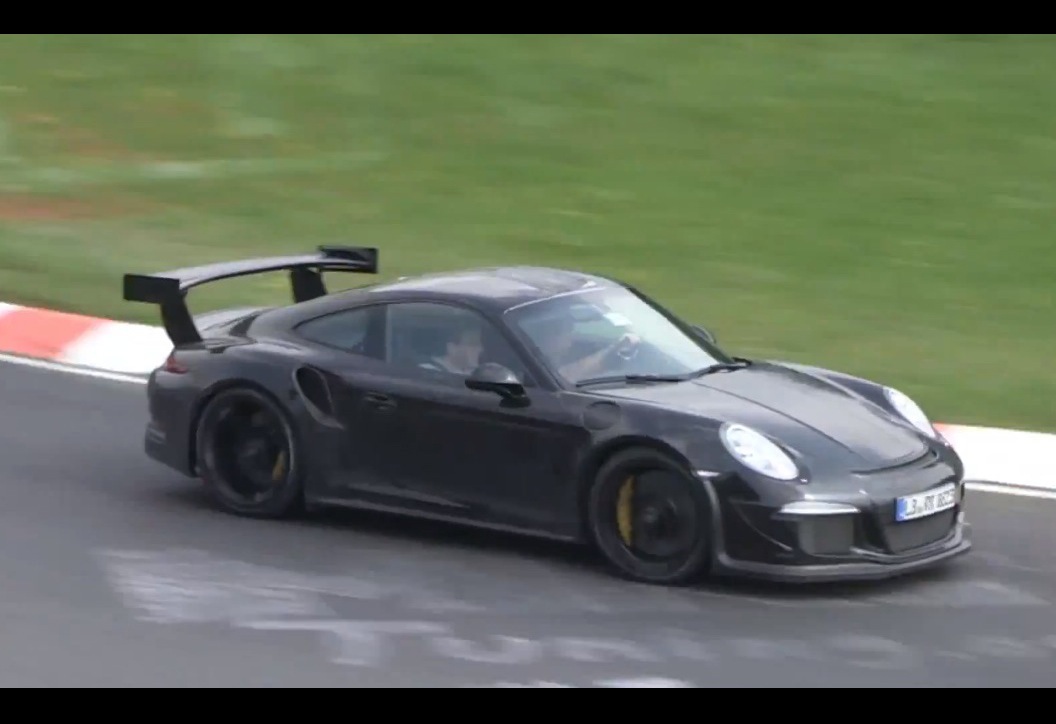 You’ve got to love the sound of a raw flat-six engine being revved to oblivion. Here we see a prototype of the 991 2015 Porsche 911 GT3 RS being tossed around the Nurburgring by engineers in Germany. 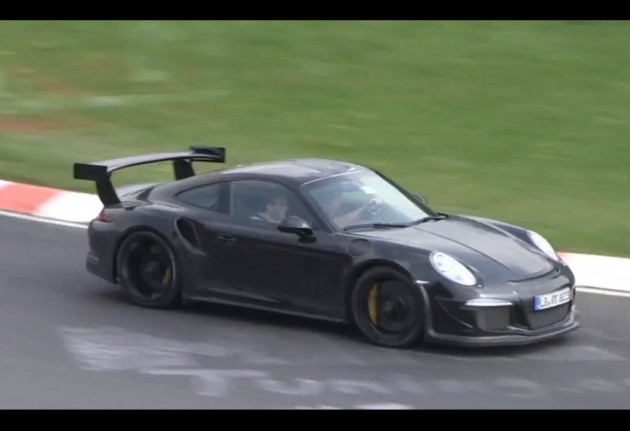 This is the even more stripped out, more focused version of the 911 GT3. It’ll be lighter weight, with more serious components such as brakes and suspension, and it’ll feature a roll cage setup inside to support entry in various motorsports.

In the back, the RS is likely to come equipped with a tweaked version of the GT3’s 3.8-litre naturally aspirated flat-six engine. In the GT3, the unit produces 349kW. However, it has been under serious scrutiny after a number of fires broke out due to some issues with the engine.

A recall was sent out and all examples sold, including ones in Australia, had to go in for reassessing and rectifying. It’s believed this setback will cause delays on the release of the next RS.

The RS could debut at the 2014 Paris Motor Show in October. But this may be pushed back until later in the year.

Take a look at the video below, provided by worldcarfans YouTube channel, for a bit of a preview. Oh, and don’t forget to turn it up.