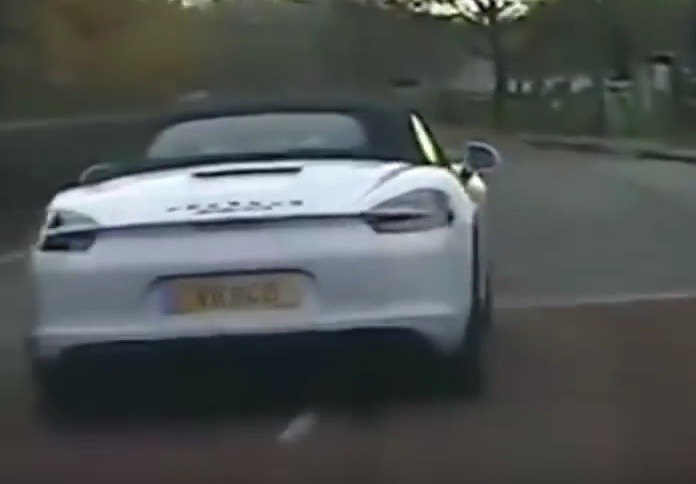 Here’s a story that will inspire either sympathy or schadenfreude. A brand-new, UK-delivered Porsche Boxster GTS met its untimely end recently in the hands of 20-year-old car thief. 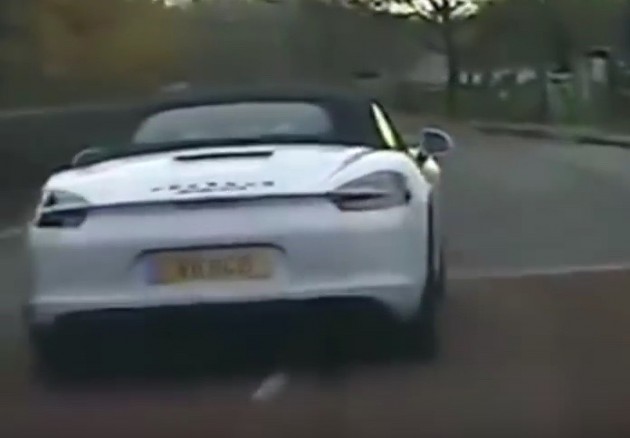 Aiden John O’Brien-Daniels, the eager criminal, was also involved in a number of other offences, including burglary, robbery, stealing keys, aggravated taking of a vehicle without consent, culminating in the battering of this German sportster.

A police dash cam, courtesy of Sussex Police, recorded the chase, which came to an abrupt halt when the thieving bandit struggled to negotiate a small roundabout. Footage of which can be seen below.

Clearly, O’Brien-Daniels drove beyond his ability, hence the amateurish climax. The Porsche Boxster is renowned for its neutral and balanced handling, so it takes a special kind of stupid to bend one like this – especially as this is the even more focused GTS version.

The vehicle apparently had just 5 miles (8km) on the odometer before being prised away from its legitimate owner by the aforementioned crim, suggesting that it had only been driven home by the customer before the incident occurred.

While only the front-end sustained damage, and nobody was hurt, we can only hope the owner has insurance and might consider a more secure location to store it in the future.

Check out the video below to see the carnage unfold, and prepare to either laugh or cringe.