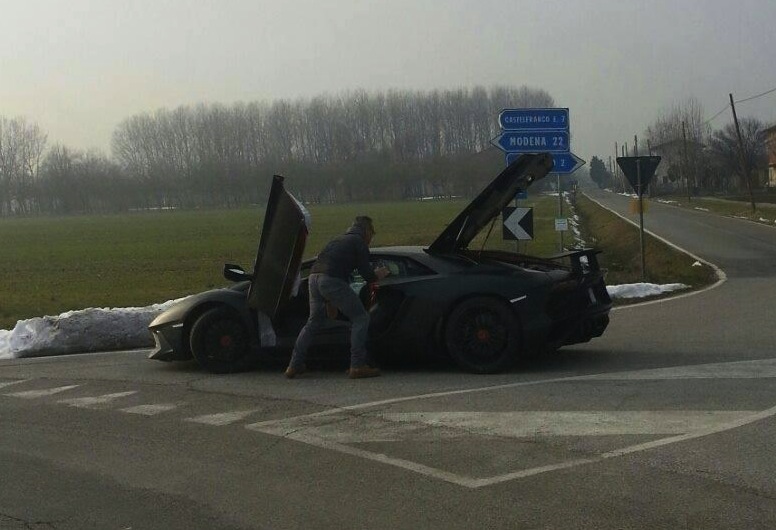 A prototype version of the Lamborghini Aventador SV has been spotted, embarrassingly broken down on the side of the road in its home region near Modena, Italy. 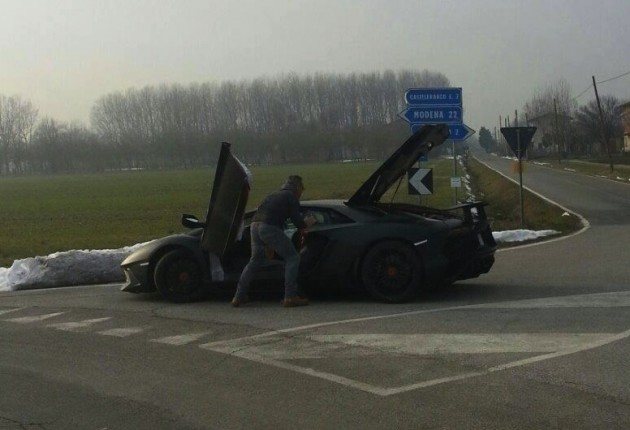 The precise reason for the break-down is not known. It is possible the engineers are simply making impromptu adjustments as they go along, although judging by the position and the pushing going on the former seems more likely.

Regardless of what it’s doing, the image, first surfacing on Real Street Car Facebook page, shows the new Super Veloce in pretty much production trim. There’s minimal camouflage and we get a good look at the body layout.

At the back there’s a traditional large wing sitting on the main deck, while at the front is a completely revised spoiler system and bumper bar unique to the item on the regular Aventador.

In terms of mechanical changes, the SV is expected to showcase both a drop in kerb weight via various carbon fibre elements and removed luxurious, as well as a healthy power boost from the 6.5-litre V12 engine. Speculations suggest power could jump from 515kW to around 540kW.

This is expected to be Lamborghini’s quickest-ever road-legal V12 production car. A full debut could take place at the Geneva Motor show in a few weeks. Stay tuned, as this will be a big one.