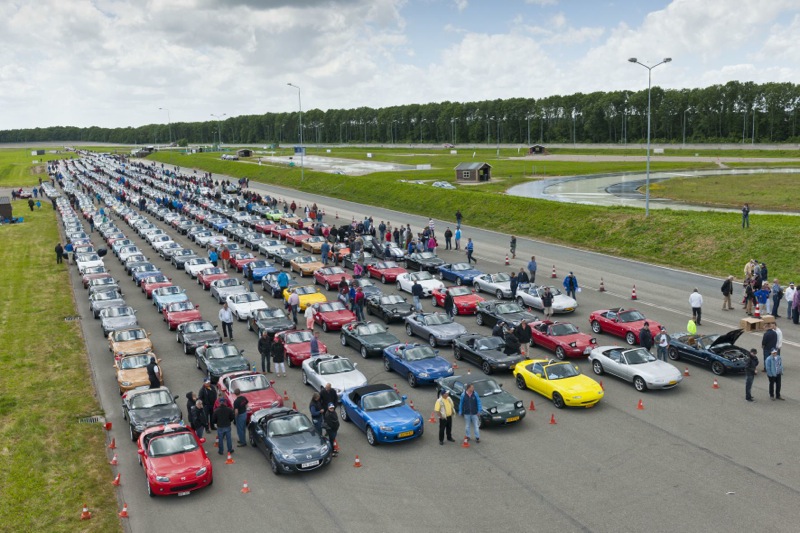 The world record for the biggest parade of Mazda MX-5 sports cars has been broken in the Netherlands, with an incredible 683 examples of the iconic sports car all at the one place at the same time. 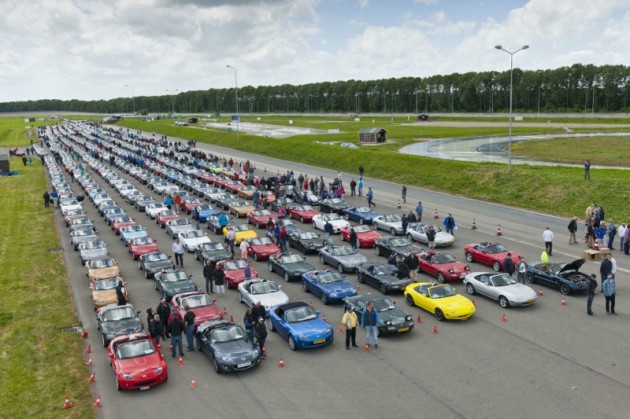 The record-breaking parade took place at the RDW Test Centre at Lelystad, in the Netherlands, easily surpassing the previous record of 459 MX-5s at Essen in Germany, in 2010.

An official Guinness World Records adjudicator was on hand to certify the record. It will go down in the record books as the longest ever parade of Mazda MX-5s. 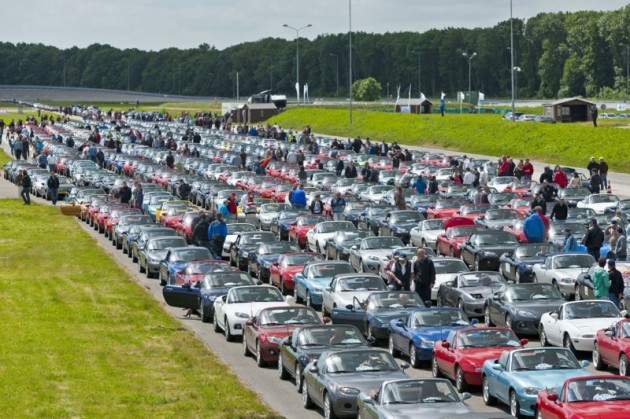 As a bonus, participants were given the opportunity to test Mazda’s new i-ACTIVSENSE technology on the banked circuit, while all of Mazda’s latest SKYACTIV models were also on display for everyone to get up close and inspect.

Special demonstrations and presentations also made up the event, including a demo run by the Ribank Mazda MaX5 Cup racers and the three-rotor Mazda3 20B owned by Belgian racing family Van Herck.

The most beautiful and authentic Mazda MX-5 of the day was one owned by Pieter Staat from Meteren (NL).