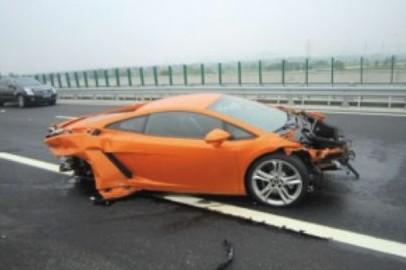 A motoring journalist in China has crashed a spanking new Lamborghini Gallardo LP560-4. As you can see, the result isn’t pretty, with extensive damage to the front and rear of the car. The driver is believed to be okay.

The Gallardo crash occurred in the Jiangsu Province during a media launch of the latest model. The driver, known as Zhu, is apparently an experienced journalist and driver. The exact cause of the accident is unknown at this stage.

By the looks of it, the driver lost control on the wet highway, spinning at some point, colliding with a guard rail at the front and rear of the car. The main cabin structure appears to be mostly intact. 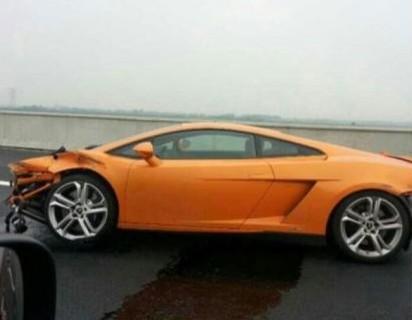 It’s always a shame to see such fine automobiles crushed up like this, but on the other hand, it’s nice to know the awesome power and performance is backed up by strong materials and cabin safety. In this case, the journalist inadvertently tested its safety performance for us.