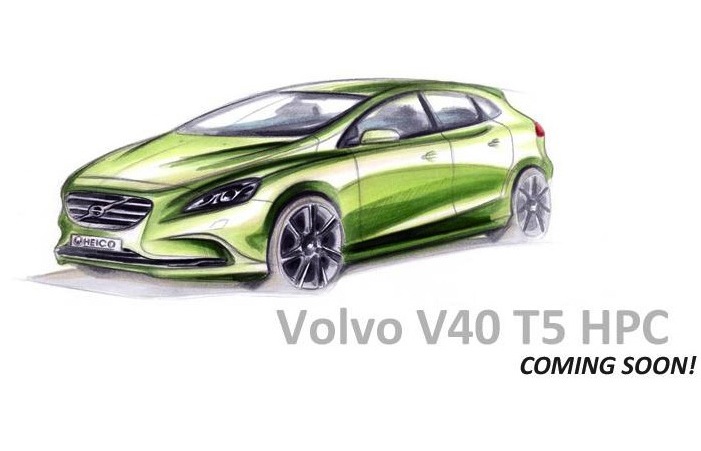 Volvo tuning specialist Heico Sportiv has released a teaser image of a new project it is working on. Called the Heico Sportiv Volvo V40 T5 HPC, the new hatch is set to be transformed into a seriously quick pocket rocket. 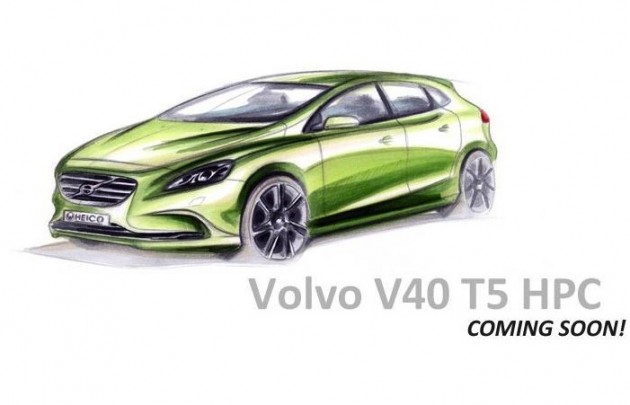 Although official specifications are yet to be revealed, the V40 HPC tune will utilise the T5 2.5-litre turbocharged five-cylinder, only it will produce around 257kW. This will give the V40 a proper run against cars such as the Mercedes-Benz A 45 AMG (265kW) and the Audi S3 (221kW).

Matched up to an all-wheel drive system – usually front-drive – 0-100km/h is expected to be drastically quicker than the factory top-spec V40 T5, which manages it in 6.1 seconds.

The special package is likely to come with various styling tweaks on the outside, and some interior changes inside. By the looks of this teaser image, a set of Heico Sportiv wheels will also be introduced, potentially hiding an uprated braking package.

With the factory Volvo S60 Polestar, announced just yesterday, offering around the same power output for the larger sedan, this smaller and lighter weight V40 will be an absolute blast.